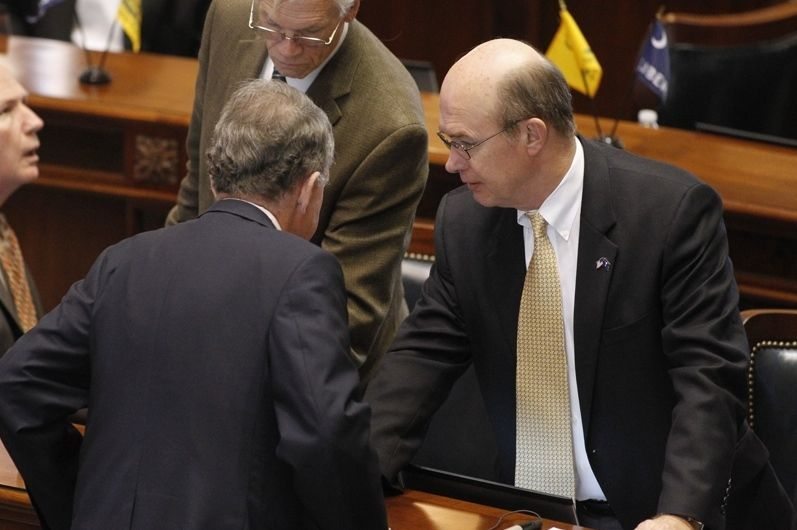 Benefiting from our efforts?  Former S.C. Rep. Rex Rice – who ran against Martin in 2012 for this Pickens County seat (and who is running against him again this year).

Wasn’t Rice a fiscal liberal, too?  Yes, he was.

“In fairness, we weren’t overly enamored with Rice,” we wrote recently in recalling that election. “He just struck us as the lesser of two evils.  And as it happened, some people who didn’t want their fingerprints on various attacks against him decided to use us as a way of getting at him.”

Who were those people?

Our founding editor won’t say … although in examining the current battle taking place for this seat, it’s not difficult to connect a few dots.

This week, a major media buy was placed in the Upstate attacking Martin.  So far, we’ve been able to track at least $40,000 worth of television time spread across four networks.  Additional buys have reportedly been made, but this information hasn’t been publicly released yet. 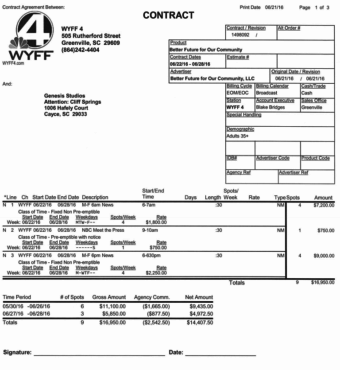 To be clear: We have no problem with such “dark money” expenditures.

This is political speech – and politicians have absolutely no right to muzzle it just because it criticizes them.  In fact we’ve repeatedly opposed so-called “ethics reforms” that seek to shut down precisely these sorts of ads.

Furthermore, the anti-Martin spots raise some legitimate issues that voters in the Upstate ought to be aware of.

But let’s not fool ourselves into thinking this is really about Martin … or Rice … or even Pickens County.

The latest anti-Martin buys were made by Cayce, S.C.-based Genesis Creative – a company with long-standing connections to the political empire of neo-Confederate “Republican” consultant Richard Quinn.

Quinn is an advisor to S.C. Senator Luke Rankin – who would be in line to take over the powerful Senate judiciary committee in the event Martin is defeated.

Everybody connecting the dots now?

In other words, the group buying these ads – “Better Future for Our Community LLC” – has absolutely no interest in the future of the community impacted by this race.

The group’s backers are simply trying to replace one powerful insider in Columbia with another.

Do we care who runs the Senate judiciary committee?  In this case no … not really.  Martin is a “former” Democrat … but then again so is Rankin.  Both politicians veer wildly to the left of our preferred ideology, although Martin has made some positive moves in recent months.

But pulling the lens back even further, this isn’t even about the politicians vying for this particular Senate leadership post … it’s about the special interests to whom they are beholden.

Lawmakers: Commission Should Stay Out Of Law School Debate