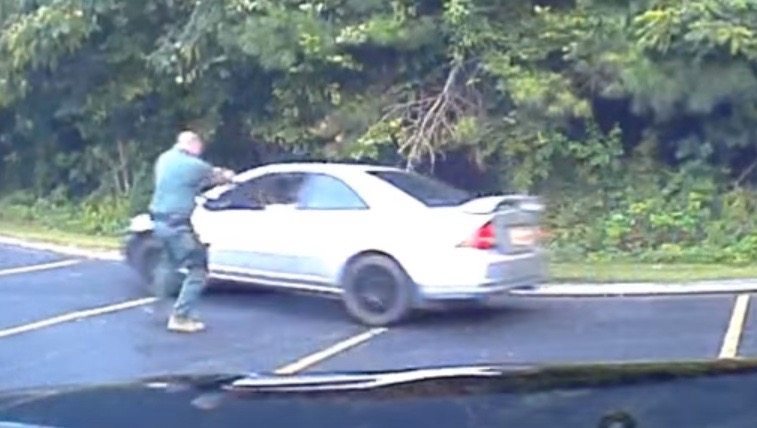 The town of Seneca, S.C. – which recently had to pay out $2.1 million to settle a civil case stemming from the July 2015 shooting death of Zachary Hammond – is now looking to dole out a pay raise to the suspended undercover officer who shot and killed the nineteen-year-old boy.

Mark Tiller – who gunned Hammond down last summer over what amounted to a dime bag of marijuana – is scheduled to receive a piece of the $185,000 city leaders want to dole out to nearly forty law enforcement officers.

The raise will be paid – in part – by an increase in property taxes on city residents.

“I am appalled that the officer who killed my son has been on paid leave for almost ten months and may now be getting a raise,” Hammond’s mother, Angie Hammond, said.  “Its like a slap in the face.”

Actually it is a slap in the face.

Tiller is the subject of an ongoing federal investigation into the shooting – which continues to make national news.

After we blew the whistle on this case last August, it began drawing considerable statewide media attention.  That attention turned to outrage last fall when local solicitor Chrissy Adams declined to prosecute Tiller for the shooting – despite damning dash cam video of the incident.

The video also revealed that Seneca officials flat out lied to Hammond’s family regarding the circumstances of her son’s death.

Does any of that sound like the sort of behavior that warrants a raise?

Hell no … and this website has consistently argued for better pay for law enforcement.

What else have we consistently called for?  An end to the costly, deadly and totally ineffective “War on Drugs.”  Especially the war on pot.

S.C. Rep. Mike Pitts – the only ex-cop currently serving in the S.C. General Assembly – has proposed legislation that would decriminalize the simple possession of small amounts of marijuana. Pitts’ bill wouldn’t make marijuana legal, it would simply classify simple possession of it as offense on par with a traffic ticket.

That’s a sensible reform. So is the medical cannabis bill being pushed by S.C. Senator Tom Davis and U.S. congressional candidate Jenny Horne.

Unfortunately, South Carolina lawmakers have yet to adopt either of these long-overdue reforms … in no small part thanks to aggressive lobbying on the part of certain law enforcement leaders.