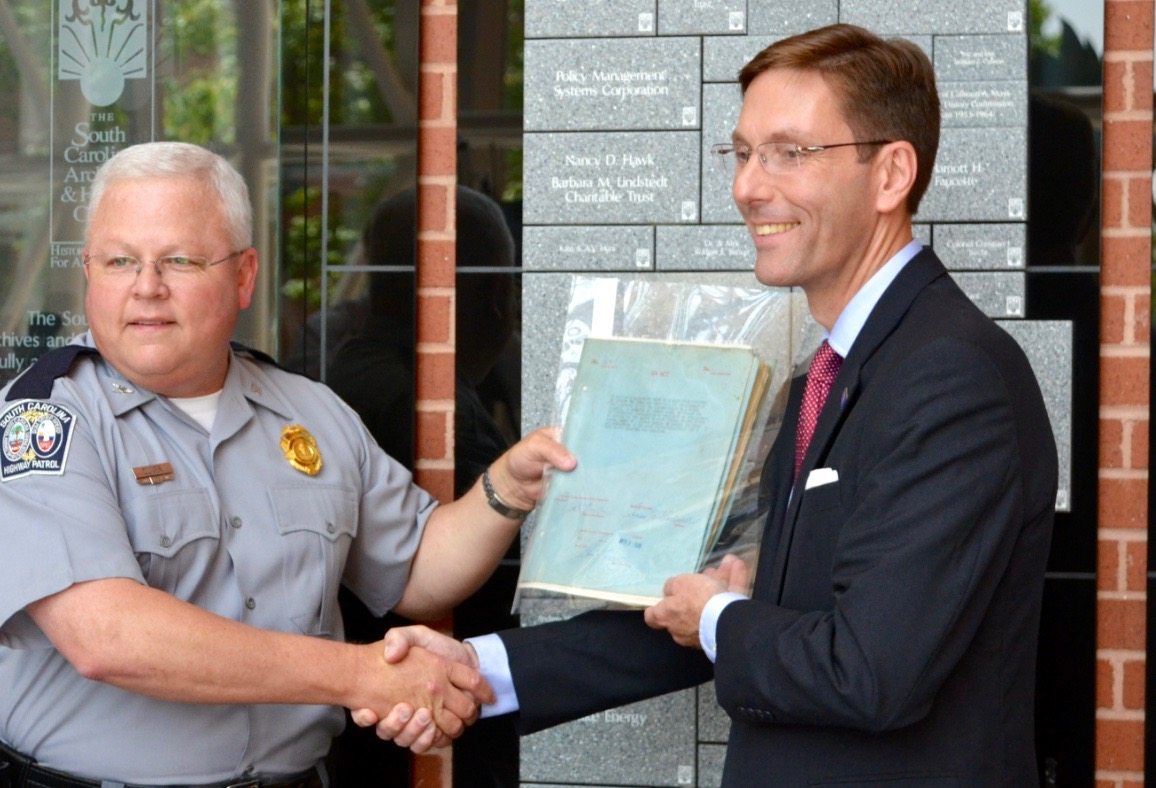 Earlier this month we did a pair of stories (here and here) questioning why the S.C. Department of Archives and History (SCDAH) was wasting taxpayer time and resources to fundraise for a non-profit foundation that supports its work.

Make no mistake: This $4.7 million a year agency is of virtually zero consequence in a state budget likely to top $27 billion this year – but the co-mingling of government resources and so-called “charitable” solicitations strikes us as extremely suspect.

As some of our more astute readers have observed, such co-mingling also runs rampant in the Palmetto State’s worst-in-the-nation government-run school system – which continues to produce abysmal results despite receiving billions of dollars in new money.

So … is this story a way for us to go after government-subsidized school fundraisers?

Damn straight it is …

Anyway, in one of our recent reports we called out the S.C. Archives and History Foundation for hosting its nonprofit website on a government server … and for failing to provide any details about the composition of the group.

Well, one of those things has changed in the aftermath of our reporting …

The foundation is still availing itself of a taxpayer-funded website … but it’s at least listing a board of directors now.

“Funny how the board member page just appeared – after years of nothing,” one watchdog told us.  “Seems like they realized how horrid it looked.”

Obviously any attempt at transparency is nice (no matter how belated),  but there remains no information posted about this board’s schedule of meetings – and no minutes from those meetings.

Nor is there a detailed accounting of the group’s revenues.

Of interest?  The twelve-member foundation board includes SCDAH director Eric Emerson, who receives more than $95,000 a year from taxpayers (not counting benefits) to do his day job.  We wonder: Is Emerson compensated in any way for his work with the foundation?

Because if he were to receive even a single penny – either in compensation or as reimbursement for an expense – it would raise all sorts of red flags.  Same goes for any other state employee who has done work for the foundation while receiving resources from taxpayers.

Again, we have no problem with this agency … nor the foundation supporting it.  In fact we believe some of the functions performed by SCDAH are vital to the effective administration of government – and that taxpayers should fund such functions accordingly.

Our problem?  The blurring of lines that takes place when government employees start using taxpayer time and resources on non-government business – i.e. personal business, professional business or (in this case) charitable business in which the agency’s employees have a direct financial stake.

That’s something we cannot abide … and our hope is that by making an example of this agency, we will keep other government-run institutions from attempting similar shenanigans.

Cop Who Shot Teenager Over Bag Of Weed Getting Pay Raise