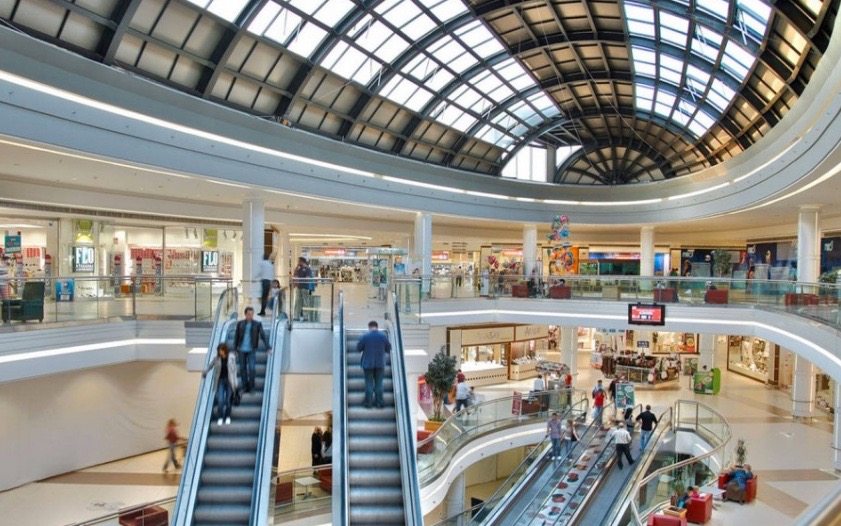 In a holding pattern for most of the first quarter of 2016, consumer comfort is now beginning to feel the gravitational pull of a slowing national economy.  That’s terrible news for a retail economy already reeling by weaker-than-expected sales.  It’s also yet another bit of evidence pointing to the likelihood that the U.S. economy is entering into another recession.

Bloomberg’s Consumer Comfort Index (CCI) tumbled from 43.4 a week ago to 42 this week – its lowest reading of the year.

Here’s a look at the trend line … 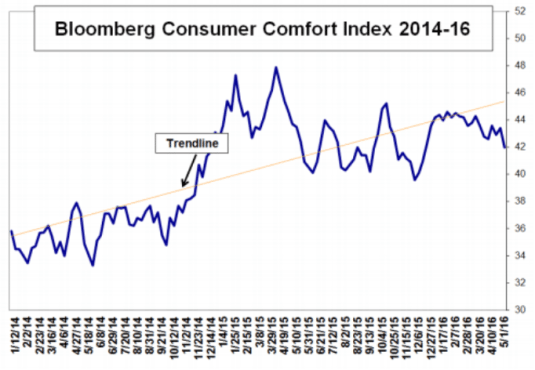 The CCI is based on three subindices: Americans’ ratings of the national economy, their personal finances and the buying climate. 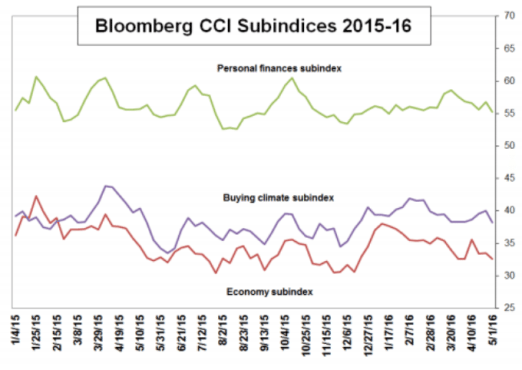 Since December 1985, the CCI has been compiled weekly by Langer and Associates.  The index’s record high of 69 was reached on January 16, 2000.  Meanwhile its record low of 23 has been recorded on four separate occasions – most recently on June 21, 2009.

Our view?  Expect further erosion of this vital consumer metric as growth (actual and projected) continues to cool … and as gas prices continue to rise.