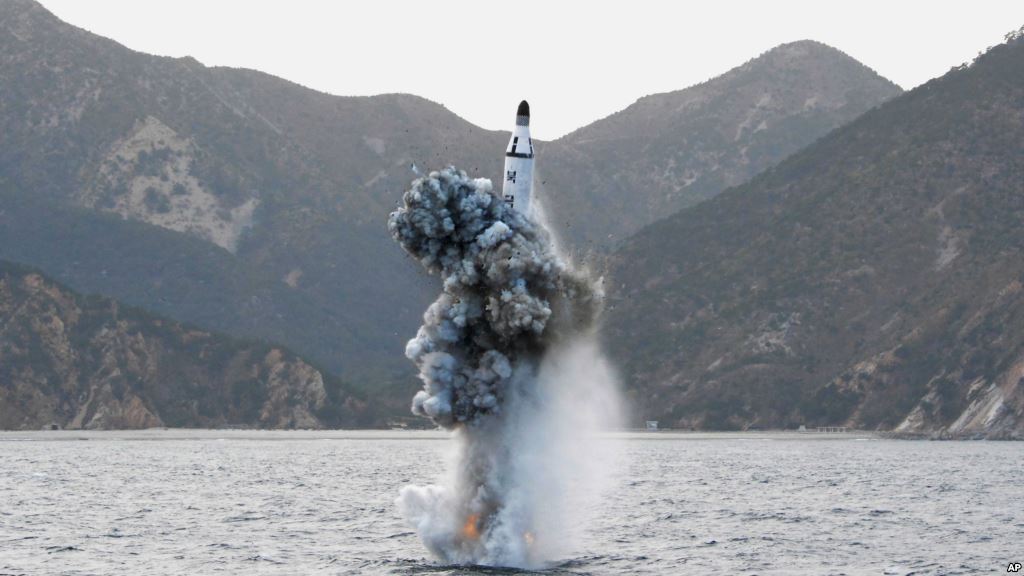 The Democratic People’s Republic of Korea (DPRK) – a.k.a. North Korea – conducted a pair of nuclear missile tests in April. Both of which failed.

Good news, right?  Cleary this means the socialist monarchy – led by trash-talking dictator Kim Jong-Un – has taken a step back after successful tests in February, right?

“Although both tests were, at least from a definitional standpoint, unsuccessful, they serve to compound this accelerated trend of technological progression – and therefore geopolitical instability,” analyst Ian Armstrong wrote for the website Global Risk Insights. “First and foremost, North Korea gains a significant amount of technological know-how from missile tests regardless of the degree to which they succeed.  The lessons learned from the April tests, in spite of their failures, will be applied to future missile iterations and ultimately hasten the pace at which the DPRK develops vehicles for delivering nuclear payloads.  In short, the rate at which tests occur is a strong indicator for the speed of program development.”

Armstrong also noted that in failure, the rogue nation was still demonstrating “faster than expected growth in WMD-related abilities.”

“The launch represented clear improvement from North Korea’s previous submarine-launched missile test in December, which failed at ignition,” he observed.  “It also utilized a more energetic and sophisticated fuel source that was not previously recognized as a functioning component North Korea’s missile repertoire.”

“We could, obviously, destroy North Korea with our arsenals,” Obama told CBS News. “But aside from the humanitarian costs of that, they are right next door to our vital ally, (South) Korea.”

North Korea currently boasts an arsenal of between 10-16 nuclear weapons – including between 6-8 warheads capable of being mounted on missiles with a 900-mile range.  One of the failed April tests involved a land-based ballistic missile with a range of 2,400 to 3,200 miles.

North Korea’s nuclear program has long presented an interesting conundrum for us (and our non-interventionist foreign policy). On the one hand, we believe “North Korea has every right to pursue its nuclear destiny and leverage that power toward whatever end it seeks – whether it be intimidating a dying superpower or forcibly reuniting with South Korea.”

On the other hand, “assuming there is credible evidence of an impending strike against America,” we believe America’s military would be obligated to preemptively strike the rogue nation with overpowering force.

Sort of like Obama suggested … prior to taking the option completely off the table.

How Not To Legalize Pot