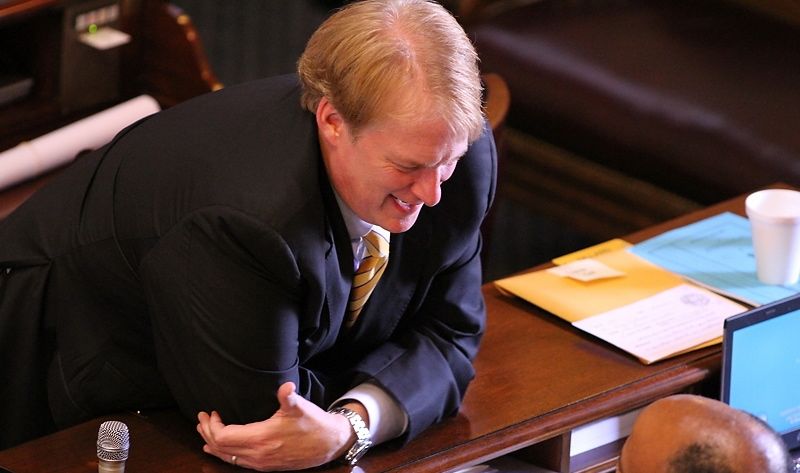 Five days ago, this website revealed that former S.C. majority leader Rick Quinn and his father – neo-Confederate “Republican” political consultant Richard Quinn – were named in the still-secret pages of a December 2013 investigative report into alleged public corruption at the S.C. State House.

Yesterday, this same news was “exclusively” reported by John Monk of The (Columbia, S.C.) State newspaper.

Anyway, you can read Monk’s “EXCLUSIVE” (emphasis original) here.  We have no problem directing our readers to Monk’s coverage because unlike his taxpayer-subsidized news outlet, we’re not afraid of a little competition.

Monk’s report echoes our concerns regarding the Quinns’ ongoing connection to S.C. attorney general Alan Wilson – who has been doing his best to shut down a joint federal-state investigation.

“Nothing improper was done,” Rick Quinn told Monk in a statement.

Since we broke this story five days ago, we’ve published several follow-up reports (here and here) related to this document – which represents a snapshot of the “probe” as it existed two-and-a-half years ago.

Obviously much has happened since then.

For starters, Wilson has recused himself from the case not once but twice – citing undisclosed conflicts of interest.  In both instances, he designated S.C. first circuit solicitor David Pascoe to handle the investigations.

As Wilson’s designee, Pascoe led the prosecution of former S.C. Speaker of the House Bobby Harrell – who in October of 2014 pleaded guilty to six ethics-related counts, resigned his office and received three years of probation.  Harrell also signed a cooperation agreement with the government agreeing to assist investigators moving forward.

Interesting to say the least …

With the support of the S.C. State Law Enforcement Division (SLED) and circuit court judge Clifton Newman, Pascoe was attempting to convene a grand jury last month to bring additional indictments in the probe – which was exclusively unearthed by this website back in September 2014.

Wilson blocked him (albeit clumsily) – and has since engaged in transparent efforts to shut down Pascoe’s probe and impugn the integrity of the prosecutor he has twice called upon to stand in his shoes.

The legal battle between the two is headed to the S.C. Supreme Court – where Pascoe is expected to prevail.

In the meantime, each revelation (and confirmation) regarding the roots of this ongoing investigation reinforces the perception that Wilson is intervening in this case in an effort to protect his political allies – which reinforces our contention that he must either resign or be removed from office.

Your Money Is Funding Anti-Marijuana Billboards