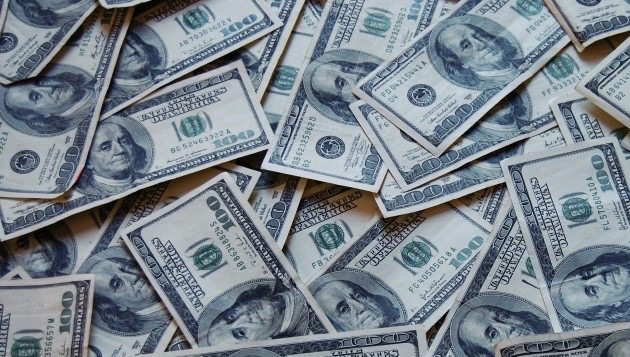 BUT SO IS HOMOPHOBE MONEY …

Bright’s legislation seeks to prohibit local governments from regulating restrooms … ostensibly in the name of preventing transgenders from relieving themselves in the wrong stall.

“Some of you may be aware that Uphold’s U.S. headquarters is based in Charleston, South Carolina,” company CEO  wrote on his company’s blog.  “In recent days, we have been made aware that South Carolina Sen. Lee Bright has introduced a bill largely mirroring North Carolina’s controversial law that blocks local governments from passing LGBT-inclusive anti-discrimination ordinances.  As such, we feel compelled to take action to oppose the discrimination being proposed in South Carolina and protect our LGBT employees.”

It’s not clear yet how many jobs Uphold will be moving across the country … nor is it clear why Watson is preemptively pulling up stakes (as opposed to waiting to see whether Bright’s bill will pass).  After all, S.C. governor Nikki Haley has said she doesn’t think the legislation is needed – signaling her possible intention to veto any bill that might pass the S.C. General Assembly.

Wouldn’t Watson want to give it a little while?

We don’t really know what to make of Bright’s bill (other than we believe public restrooms are usually case studies in government failure and should be avoided at all costs given their stench).

The philosophical question would seem to boil down as follows: Does a person’s right to relieve themselves in a public bathroom of their choosing take precedence over legitimate public safety concerns?

Certainly government has no right to regulate the restroom policies of private businesses, and we’re inclined to view public bathrooms as something local governments probably ought to be able to regulate as they see fit.

But that’s not what this debate is turning into …

Based on what happened in North Carolina (and what appears to be happening now in South Carolina), this debate is becoming about money.  Gay money.

Unsatisfied with recent victories, wealthy gay leaders want to flex their economic muscle on behalf of transgenders – taking their income, their jobs and their tax revenue away from areas of the country where they feel they are being discriminated against.

Seriously.  That’s what the free market is all about.

Of course there is a flip side to that coin.  If we applaud gay money for standing up on behalf of transgenders … we must also applaud homophobic money (or whatever you call economy boycotts by people who don’t like transgenders using public restrooms) for adhering to its principles as well.

Government can regulate all it wants … but at the end of the day we believe the marketplace will be the arbiter of this issue (one way or another).