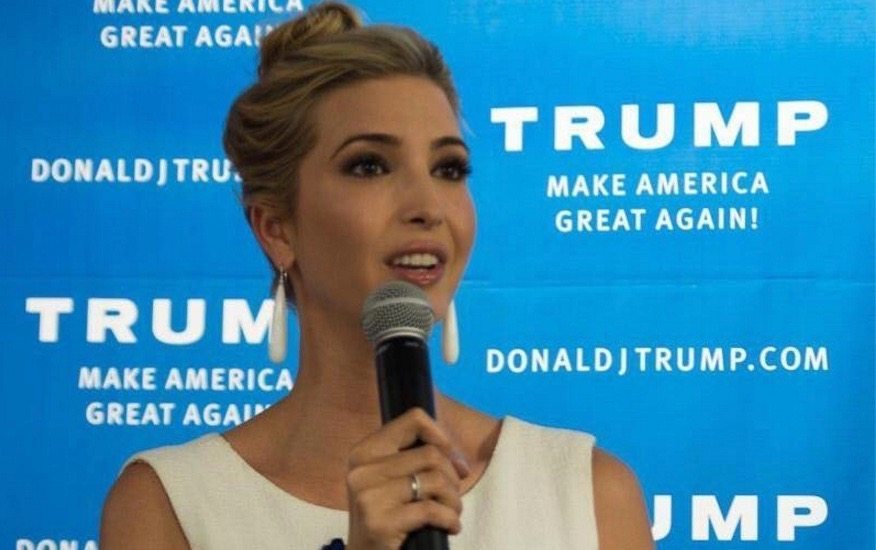 A radio advertisement from a political action committee opposing “Republican” presidential frontrunner Donald Trump is taking aim at the billionaire for comments he’s made about his daughter, Ivanka Trump.

The group – Make America Awesome – is running the radio ad in New York ahead of that state’s GOP primary election, which is scheduled for next Tuesday.  Polls show Trump enjoying a massive lead over liberal Ohio governor John Kasich in that race.

“Donald Trump says a lot of stupid stuff,” the narrator of the ad stated. “In 2006, he said on The View, ‘If Ivanka weren’t my daughter, perhaps I’d be dating her.’ He told Rolling Stone that if he weren’t happily married and his daughter’s father, he’d … well, he didn’t finish the thought, but you can guess what he meant.”

Is this what the 2016 presidential election is about?

Of interest?  The group responsible for the radio ad is the same PAC that last month ran a nude photo of Trump’s wife – Melania Trump – under the headline “Your Next First Lady.”

That ad enraged Trump … although our guess is it probably scored him some votes.

This website endorsed Trump’s candidacy in the 2016 “First in the South” presidential primary – not necessarily because we’re 100 percent sold on him (we’re not), but because we appreciate the sledgehammer he’s taken to the GOP establishment.

Trump flipped the script on what the establishment was hoping would be a major leftward leap for the party – creating a populist uprising among conservatives.

Now the GOP is exacting its revenge on Trump … plotting ways to deny him the party’s nomination at this summer’s quadrennial “Republican” national convention in Cleveland, Ohio.