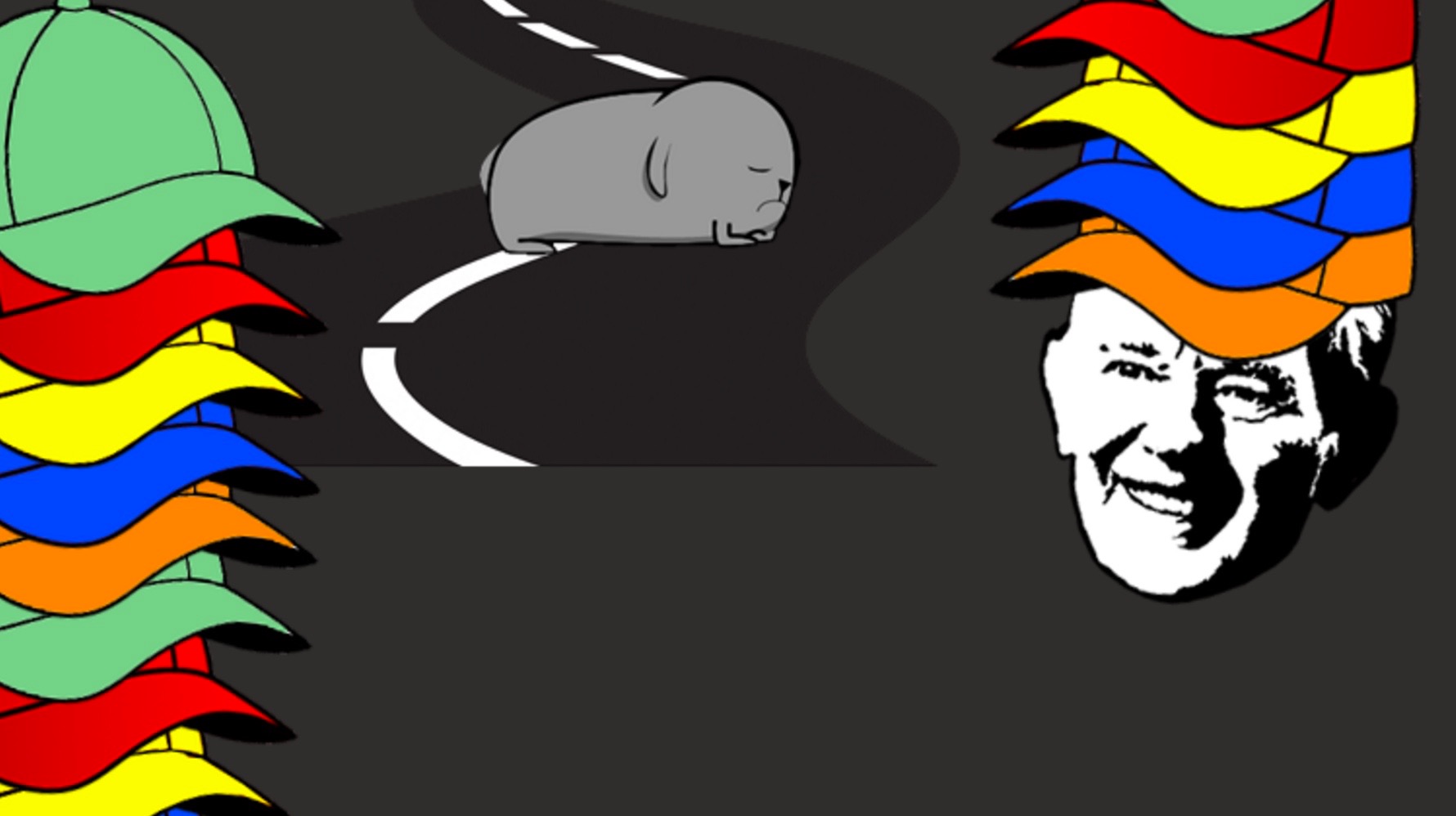 A new website harshly critical of powerful S.C. Senate president Hugh Leatherman has liberal leaders at the State House buzzing … and left-leaning journalists trying to identify the elusive authors of the page.

The website – ThatsTooManyHats.com – takes aim the diminutive legislative leader for the various (often conflicted) ways in which he influences how transportation dollars in South Carolina are spent.

Leatherman is the lawmaker pushing the hardest for the passage of an increase in the Palmetto State’s gasoline tax – even though our residents pay a bigger chunk of their income on fuel than residents of any other state (save Mississippi or West Virginia).  And even though lawmakers have routed hundreds of millions of dollars in new, recurring money to the S.C. Department of Transportation (SCDOT) in recent years.

Why’s he doing that?  Duh.  This is South Carolina.  He’s making money off of the waste and inefficiency, obviously.  Lots of money.

Anyway, using a simplistic, cartoon strip-style – Leatherman’s many powerful positions within state government are listed as different “hats,” with the takeaway being that his power over the transportation funding process is pretty much unchallenged.

“What makes Senator Leatherman so powerful?” the site’s authors ask. “Well, he wears a lot of hats.”

Indeed he does.  Which is why he’s been the most powerful politician in the Palmetto State for some time now.

Well … except for that whole “filibuster” thing.

We like this site … it drones on a bit, but it gets the basic point across: That there is no accountability in a system in which one person is making all of the decisions.

So … who is responsible for the site?

It’s not clear.  No claim of authorship is made, and the domain name was registered privately.

Some believe the site is the work of Americans for Prosperity, a national group funded by billionaire industrialists Charles G. Koch and David H. Koch which has been working to defeat the gas tax in South Carolina.  Others believe the site is a project of the S.C. Coastal Conservation League – an environmental group which has previously drawn attention to the specific wasteful transportation project featured on the “Hats” website.

Whoever is responsible for the site, it has had the desired effect.  People are talking about it … and as a result, we’re writing about it.