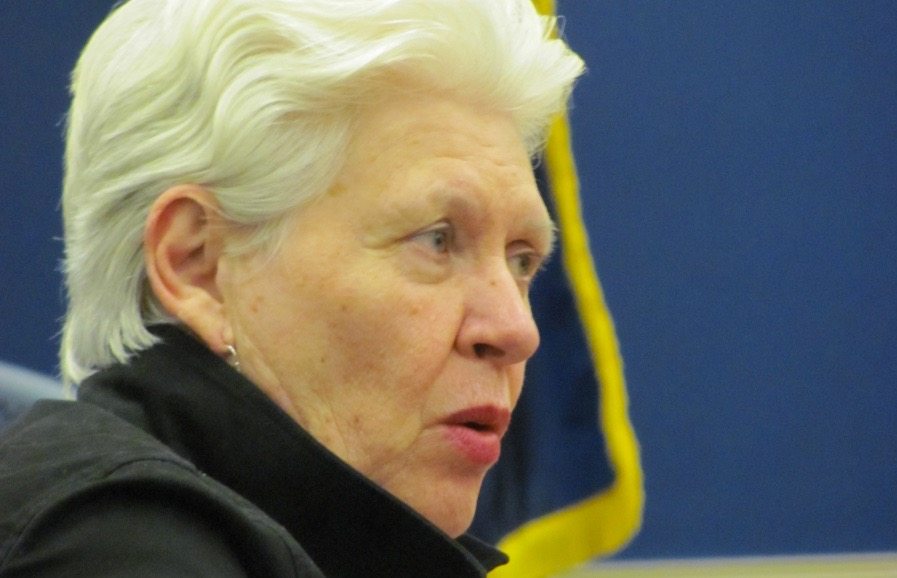 The conventional wisdom surrounding the scandal currently enveloping the S.C. Department of Juvenile Justice (SCDJJ) is that everything at the agency was going just fine until Margaret Barber, S.C. governor Nikki Haley‘s first choice to run the agency, resigned her post.

The belief is that things have fallen apart under Barber’s replacement, Sylvia Murray, who took over the agency in January 2015.

SCDJJ is currently staring down at least one legislative investigation – maybe two – in the aftermath of a massive riot that took place at the agency’s Broad River Road facility in northwest Columbia, S.C. last month.

One female juvenile inmate was allegedly raped during the riot, which resulted in extensive damage to numerous buildings as well as law enforcement vehicles – and injuries to several staff members.  Also, one male inmate escaped during the melee – although SCDJJ wasn’t aware of that until the inmate was arrested the following day after an agency employee spotted him in a Dollar General store.

All of these developments – the riot and the subsequent investigations – were reported on exclusively by this website.

So … is all of this chaos Murray’s fault?

That’s the way the scandal seemed to be trending.  In fact, sources tell us one of Murray’s direct subordinates resigned from the agency on Friday – prior to the gaveling of a single legislative hearing.  We’re also told Murray’s head is very much on the chopping block – and that Haley (who has already lost six cabinet directors due to various scandals) is eager to sacrifice her if it means avoiding a drawn-out and very public reminder of how totally tuned out she continues to be when it comes to running the state.

Will things go down that cleanly?

Originally, we thought that they might … but it’s now looking as though the roots of this scandal run far deeper than we could have possibly imagined.  In other words, this is going to be a much bigger headache for Haley.

Sources close to the agency tell us the scandal that’s swirling over SCDJJ isn’t exclusively Murray’s fault.  In fact they say things have been slowly unraveling at the agency ever since 2012 – when Barber stopped using more traditional disciplinary methods and fully embraced the so-called Balanced And Restorative Justice (BARJ) model.

Look, we’re all for rehabilitative justice … especially when it comes to working with juveniles.  But a quick look at this approach reveals it to be little more than bureaucratic double-speak – political correctness run amok.

According to a fact sheet released by the agency (.pdf here), the BARJ model is intended as “a response to crime that allows for active participation by victim, community, and offender in the justice process.”

“It is a values framework which recognizes that justice is best achieved by building, or re-building, relationships between crime victims, the community, and juvenile offenders,” the agency’s BARJ propaganda added.

This framework “seeks a response to crime that embraces three basic goals, represented here by the sides of a triangle – each depending on the other for success.” 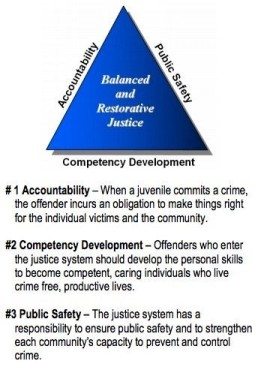 So … is this touchy-feely, three-sided triangle nonsense working?  No.  Not even a little bit.

“Since the inception of BARJ there has been a major increase in staff assaults (and) injuries and violent incidents,” a source close to the agency tells us.

… there was a juvenile who was allowed to go off campus and learn to box. He was always a discipline problem, but that didn’t stop the administration from allowing him to take the lessons. He, in turn, assaulted a staff member who sustained severe injuries almost resulting in his death. In an effort to keep it out of the media the staff was removed from the facility and put in a state vehicle by several employees and transported to the hospital. This employee reached a settlement agreement with DJJ and is now assigned to a permanent position at the front gate for the remainder of his tenure with the agency. The juvenile however after his release within the last 3 months has been charged with murder and is now awaiting trial and sentencing.

Sources at the agency confirmed this account, although they refused to provide us with the name of either the inmate or the injured officer.  We are in the process of filing a Freedom of Information Act (FOIA) request for that information, however, and will provide it to our readers as soon as we obtain it.

“BARJ is a failure, but they refuse to see it,” our source said, referring to SCDJJ leadership.  “Under BARJ discipline is nonexistent which is why the juveniles have basically taken over.  They are suppose to be held accountable for their actions through unit conferences and community conferences which for the most part advise the juvenile to write letters of apology to those who they have harmed.”

More specifically, the source added that “efforts to maintain shorter lockup hours has resulted in juveniles who are supposed to be under closed custody for security reasons being allowed to sit for hours at a time with their cell doors kept open creating an unsafe environment for staff and other juveniles as well.”

These lax security measures have contributed to the recent ramp-up in violence – including last month’s riot – one agency employee said, confirming our source’s information. We’re not the only ones getting these troublesome reports, either.

This culture of appeasement was specifically referenced by S.C. House legislative oversight committee chairman Weston Newton in his letter last week notifying Haley that her cabinet was under investigation … again.

“The Committee has received allegations that management sides with juveniles over employees and that juveniles are not being held accountable for their behavior,” Newton wrote.  “It has been alleged that event reports may be discarded as there seems to be no follow up after they are submitted, especially when the reports include juveniles attacking guards. The Committee has received allegations that management pressures employees to not file charges against juveniles.”

In delving deeper into this mess, we’re not trying to absolve SCDJJ’s current leadership of blame – as it seems clear they deserve a superfluity of it.  We are simply trying to figure out what happened – and why.

Public safety is a core function of government – and South Carolina taxpayers spend billions of dollars a year with the expectation that it will be provided to them effectively, efficiently and with maximum transparency.  It is not some politically correct buzzword to be slapped on the side of a bureaucratic diagram.

SCDJJ’s guards, inmates and the public deserve better than this.

the sooner Nicky goes back to work for “Exotica”, at her big salary she claimed she was making when she applied to the hospital, will not be one day to late for me.

even she does’nt deserve bamburg, nobody deserves to be damned to there.

she needs to retowel her head and head back to india.

Isn’t “Exotica” just a shell company now, operating only as a conduit for monies coming from…. where?

coming into bamburg from 321, there is a bamburg city limits sign, declaring the home of nikki on the right and to the left is exotica

Exotica is an active business selling women’s apparel? They closed in Columbia and the building was sold and is now a medical clinic (?). There was a lot of hanky-panky reportedly going on with the sale and the subsequent purchase of some other property in that area. If anyone has more info please share that with us.

I thought it was a Adult Bookstore.

The original business had very nice women’s clothing for sale. Don’t know if anything changed in recent years. One thing I know for sure —- Nikki doesn’t’ wear any of them!

not unless they went into the upholstery business.

First, I know who came up with the concept, where it originated and the location of its first presentation

Second, the two individuals who were the authors of the concept were never involved in the implementation or oversight of the concept

Third, the low life sons of bitches fuckin’ cockroaches who took credit for the concept and attempted to implement it were bound for failure due to the simple fact that they did not understand nor did they have the capacity of understanding the soul of the concept

I don’t remember the exact year but it was about 15 – 20 years ago. DJJ set up a program to invite folks of various occupations and knowledge to meet with volunteer groups of juveniles to discuss our history of successes (and failures, too) to interest them in ideas about what they could pursue.

At the end of my presentation, a question and answer period was available. OK, one kid raised his hand and told us that he was going to go back to Charleston to help his dad open a motorcycle parts & repair shop (mumbling of appreciation from the group/ hands clapping/ oh, man – yeah!). Could I tell him how they could hide money from being taxed? ( comments like: “You’re a dumb shit! Asshole! You and your dad will be cellmates!)

Another Ohaley failure!
Keep counting, not near over!

Most of the rehabilitation of teenagers comes down to keeping them busy, out of trouble and alive until the testosterone starts to slow a bit.

I always thought hoping one nut would be a lot faster. But hey, some people are softies.

BARJ is typical far left mumbo-jumbo liberal bullshit.
The first objective for SCDJJ is to get these juveniles with a propensity for violent crime and abnormal behavior off the streets and to limit their association with law-abiding citizens.
Then, after you have these people confined and controlled in a secure facility, try to instill in them the idea that you never, ever want to return to a facility such as this.
Stiff sentences, long incarceration terms, and “two strikes,” you are back in here for at least twice to three times your first term.
Many people say that re-rehabilitation should be one of the objectives of juvenile incarceration, and it should, but also should punishment. And many of these juvenile offenders come to us under the worst of conditions, gang ridden communities, gang membership, no role models that have ever been productive citizens, high school drop outs (could not add two numbers with a pocket full of calculators, could not type a simple declarative sentence on a stolen iPhone)
You could give rehab a shot, but check out what you are starting with. And to think that a state agency whose job is to confine and punish lawbreakers is qualified to do that… no wonder the SCDJJ is in trouble, these folks are trying to be the only positive influence these people have ever known. Good luck with that.

did anyone notice that “public safety” was listed as the third, and last, mission statement. is it me or should that have been #1?

she wears the strap-on

who let the chimps out of their cages ?you fired

I thought it was a man

re: “The Committee has received allegations that management pressures employees to not file charges against juveniles.”

Not only that, but they used to have (1998) a full time employee that “investigated” abuse claims made by juveniles against staff. SCDJJ even had a rotating “put the screws to you” clerical desk job where to my recollection the sole duty was to log the “ombudsman’s” claims and “investigations. Seemed more like *creating a more coddling environment* than anything else. So…there was a SCDC director named William Doug Catoe at the time. Surely there is some crossover corruption between the big boy and the juvie prison shenanigans. Maybe there really is such a thing as the Six Degrees of Little Felito.

When Rubio loses Florida and forced to bow out, then Nikki will return to SC and fix things. Sarcasm. And the funny thing is that even if Rubio were the nominee, which won’t happen, he wouldn’t chose her.