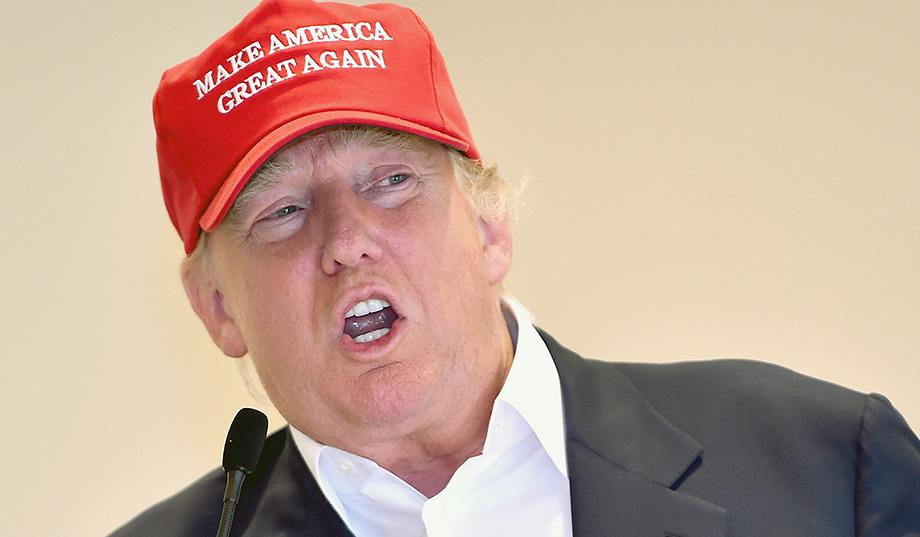 HOW WILL NIKKI HALEY’S ENDORSEMENT OF MARCO RUBIO IMPACT THE RACE?

No surprise there, right?  Right …

Trump is backed by 32 percent of likely “First in the South” GOP primary voters, according to the poll, putting him ahead of U.S. Senator Ted Cruz of Texas (19 percent) and U.S. Senator Marco Rubio of Florida (15 percent) – the favorite of the “Republican” establishment.

(For the record, this site defines establishment “Republicans” as those who either expressly rebuke the more conservative wing of their party or embrace fiscally liberal, pro-big government ideology in their campaign statements or official voters).

No other candidates cracked double digits, effectively making this a three-person race …

Among those indicating they will “definitely” vote in the February 20 election, 34 percent support Trump compared to 20 percent who back Cruz and 15 percent who are with Rubio.

Fox’s poll surveyed 759 likely “Republican” primary voters between February 15-17.  It has a margin of error of plus or minus 3.5 percentage points. The network has Trump’s lead at a slightly smaller margin than other recent polls, but that’s probably not surprising.

Obviously S.C. governor Nikki Haley‘s big endorsement of Rubio – offered at a time when other polls showed him poised to take over second place in the race – will have some impact on these numbers.

The Pope Versus The Donald

Will – How about explaining in an article how the unpledged delegate system works and how they are leaning and just who they are in SC. If this is to be a brokered convention then I imagine the behind the scenes arm twisting is well underway as it is with the Democrats superfelegates. Thanks.

if this plays out as it is going, do you think republicans should have a brokered convention as two thirds of the primary voters vote against trump?

Brokered convention or not, those super delegate votes carry more weight than the average Democrat votes. That’s what you call, a Democrat Democracy, the little guy’s lives ain’t shit only the elite lives matter.

just what did that have to do with my question? i don’t see how you could perceive it to be sticking the knife in, as for Hillary and Bernie, who ever wins the most delegates will get the nomination, splitting the party would be a sure loss. Hillary voters will not vote for any of the republican front runner as of today, the democrats real problem will be if Bernie can get his voters to the polls if he does not win the primary, so many are first time voters and they just might say fuck it and stay at home for the general.

What was the delegate count after Sanders kicked Hillary’s ass in NH?

BTW I’m not sticking the knife in, the Super Delegates are.

like i said, they will change over to Bernie, they have to. you won’t find any democrats for either candidate say otherwise.

I hope you’re right but they don’t have too. Why have so many already committed to Hillary before the rank and file have spoken? Why even have Super Delegates in the first place?

politics just trying to knock Bernie down, Bernie’s base is the next generation of liberal voters to disenfranchise them at the convention would be the death of the party for a generation.

politics just trying to knock Bernie down, Bernie’s base is the next generation of liberal voters to disenfranchise them at the convention would be the death of the party for a generation.

So the Democrat elite are controlling the election with Super Delegates that’s a real Democratic process for a party that takes it’s name from Democracy. No wonder the Founding Fathers gave us a Republic.

Republics decline into democracies and democracies degenerate into despotisms. ~ Aristotle

We don’t have super delegates in the Republican Party. The establishment elects our delegates and after the first ballot they are free to vote as they want. That is why it is so important for Trump to win on the first ballot. The brokered convention would be the worst thing that could happen. Trump would be cut out and go third party , making a real mess out of things.

That may be the story for folks to follow…

Even if I had supported Rubio, I would have stopped after her endorsement.

For Haley’s sake, Rubio better come in second, after Trump.

for our sakes, rubio better come in last, not that i am against rubio, i think s.c. would be a better place if halley just faded away.

A month ago, or more, I had pretty much settled in on three candidates, Trump, Rubio, and Cruz. Out of those three, I just can’t make a decision, and voting is day after tomorrow.

if those were the only choices i had, i would go with trump, not because of the wall or banning muslims, i think he is blowing smoke everybody’s ass on those two claims, i would vote for him because he is the smartest and best negotiator .of the three.

That crossed my mind a few weeks back. Vote for Bernie to try and help upset Hillary’s political aspirations. She is doing such a great job of tripping over her political feet that she no longer needs my support.

With her on-going legal issues, she can now stack some medical issues on her pile of miseries.
And the Arf, Arf, Arf may indicate some mental issues on the horizon.

Is that what you are going to do?

No. But, I definitely want him to stay in the race.

Now why would you want that, could it be you think the Democrat candidates are that weak?

I respect that, I’ve always felt you are honest and trustworthy.

It is what it is. No reason to try to sugarcoat the obvious :)
Just once in my lifetime, I’d like to vote FOR someone and not against someone else.

I agree, it always seems to be the lesser.

Whups!…the Donald said at an SC town hall this week he “likes the individual (Obamacare) mandate”…then he ate a slice of barbeque goat

They began the landslide reversal of the Trump RINO train when they went to the primary polls in record numbers to nominate President Cruz !!!

Wake um up, Chief. You were having a strange dream.

tontobubble–NO relation to Tonto–actually thought Cruz’s SC win was a dream
But as those votes kept rolling in…all the Dim-grifter could do was scream !!!

TBG wants some yard signs an bumper stickers that say:

“DONALD J TRUMP
FOR POTUS
Because: FUCK YOU!”

I voted for The Donald this afternoon and then had dinner at a Mexican restaurant. Why do I feel guilty?