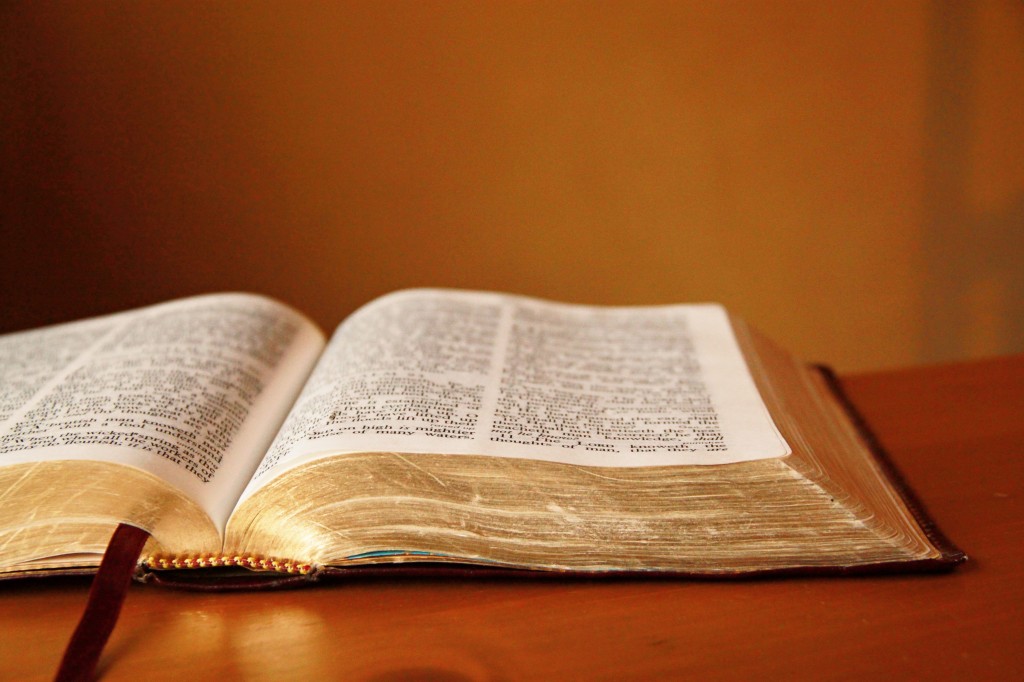 RAMPARTS GLARING RED IN “FIRST IN THE SOUTH” PALMETTO STATE

|| By MICHAEL McDANIEL || It’s “on” in South Carolina and let’s go ahead and call it the “battle for the brethren.”  The Palmetto State has a rich history in rebellion, starting with one of the early battles of the Civil War in the fight for Fort Sumter.  Now we see another Civil War heating up – a battle pitting two insurgents, Ted Cruz and Donald Trump in another match-up between the North and the South.

When it comes to the conservative evangelical electorate in South Carolina, it’s safe to say “Iowa it is not.”  While Iowa’s evangelicals can be a bit more rigid and can consolidate around one or two candidates (this is largely due to the influence that is wielded by family organizations like The Family Leader and Iowa’s Faith and Freedom Coalition), South Carolina’s evangelicals take a more diverse approach to picking their choice of commander-in-chief, (i.e. Newt Gingrich).

The evangelical voting block is crucial for whichever candidate can swing enough of it their way, and by all accounts the battle lines have been drawn and the cannon fodder is in the air in the “First in the South” primary.  Trump is waging a campaign of questioning Cruz’s citizenship – threatening a lawsuit to prove this Texan is truly a Canadian canuck.  Cruz is firing back attempting to paint a picture of an unstable Trump who will say anything – and like a polished bipolar, will contradict himself and say anything again, just to get elected.

The ramparts red glare are crisscrossing each other – lighting up the night sky over the old fort, or a good ol’ fashion Fourth of July evening; truly American democracy in action.

Cruz has a problem, though.  He brands himself as a true believer – taking the pulpit in local churches, or having his father – who is a preacher – travel the countryside and court the church vote.

Cruz freely presents himself not only as staunchly conservative, but staunchly Christian. He has leveraged this affiliation in states like Iowa and South Carolina to appeal to the saints who want to see more “Jesus” in their candidate.

On the other hand, Trump has made some thinly veiled attempts at being a man of faith.  References such as the now infamous “2 Corinthians,” as Trump uttered the “two” instead of the “second” in front of the word “Corinthians”, makes it clear to even the youngest of Sunday School attendees that Mr. Trump likely hasn’t seen the inside of a Sunday School class in forever.  The voters know what they get with Trump despite any hokey attempts by the candidate to the contrary.

For Cruz, however this fight could wind up being a liability for the Pat Robertson candidate.

The Cruz campaign was slammed to the mat in Iowa for doing a number of questionable things.  First there was the “voting violation” mailer that went out to potential caucus-goers throughout Iowa.  This is called “vote shaming,” or creating a sense of guilt and shame on a person if they do not go out and vote. The person receiving the mailer has their name on it, and the whole thing looks as though it is an official communication from the Secretary of State.  The names of their neighbors were also included – and given grades such as a “D” or “F,” implying they must get out and vote.

Then there was the saga involving Dr. Ben Carson on caucus night in Iowa.  CNN reported minutes before the 7:00 p.m. CST official caucus start time that Carson would leave Iowa soon after the caucuses ended to go to Florida.  The Cruz campaign made a concerted effort through email, texting and voicemails to their precinct leaders to spin this story as if Carson was suspending his campaign, and if Carson supporters wanted their vote to count for something then they should vote for Cruz.

This was clearly an effort to mislead voters about the truth of Dr. Carson’s travel plans.  To spice the open wound with a little salt, Cruz then tried to explain away his campaign’s conduct and continued to lay blame on CNN’s original reporting regarding Carson.

Now there are reports that a firm linked to Cruz’s SuperPAC is conducting push polling – in which potential voters are fed erroneous smears about other candidates in the race.

Knife fights, dirty politics, smear campaigns, robo-calls, push polling, it’s nothing new to presidential politics.  These tactics have been used by many campaigns regardless of party affiliation.  What is troubling, though, is that Cruz claims to be a disciple.  He claims to be a man of God who puts principle ahead of politics, and is squarely in line with the pillars of the meek.

In the Civil War, both the North and the South claimed to have the support of the Almighty.  Sports figures in the post-game interviews routinely give God the glory.  It seems that everyone who wants to be a winner wants to lay claim to the God-vote.  There are many “Thou Shalt Not’s” in the good book, and it’s hard to believe that lies, smears and push polls don’t make the list.  Cruz is betting that voters give him a pass and chock it up to, “that’s just politics.”

Cruz may just get the God-vote in South Carolina, but it’s fairly questionable if he will get God’s vote.

Found somewhere across the fields of Iowa, unearthing the stories no one else is willing to tell, Michael McDaniel takes on the political landscape with a hoe and a determination to pluck some weeds. Michael is a political writer and commentator covering national and election politics with an edge and a grind that brings the story out of the shadows into the clear open spaces for everyone to see and appreciate.

Cruz may just get the God-vote in South Carolina, but it’s fairly questionable if he will get God’s vote.

God can’t vote in this state or country. Fact is God would be an illegal alien.

well they are putting up a big beautiful wall to keep Him or Her out.

What do think about your buddy Trump praising all the good things that Planned Parenthood does. Not years ago, but in Greenville at the last debate?

He said he thinks PP does some good things? They do,don’t they? He has made clear abortion ain’t one of em.

I can’t help your ‘gal’ Haley was so stupid to advocate for Amnesty when illegal immigration is the only issue that really matters in 2016.

Need start a campaign with the bumper sticker “God is an illegal alien”. The left will then fight for him to gain legal status and citizenship…separation of church and state will become a nonissue.

I believe Rogue and I are the only Christians left on Fits.

Dear flip,
Please cease & desist from identifying yourself a Christian. It makes the rest of us look bad.
Sincerely,
Christians Everywhere

You are no Christian ya stank ass bitch.

Let me put it this way, I am as much of a Christian as a foul-mouthed, name-calling, hate-filled person like yourself is.

“Cruz may just get the God-vote in South Carolina, but it’s fairly questionable if he will get God’s vote.”

He won’t need God’s vote after he’s elected. A good % of people will worship him like a god as President.

Ted Cruz is a cross between PTL’s Jim Baker and a university sophomore that loves debate club.
And he gives me the willies.

You got that right!!

You’re a cross between a pile of dogshit and a pus-oozing chancre.

Flip wass being kind to KILLERY and LAZY POS Sanders..WHO DIDNT HAVE A PAYING JOB UNTIL HE WAS 40..SANDERS…what a PIECE OF SHIT HE IS…

consider this a downvote. Why do they have the v there if you cant use it?????

As well he should. He is a conman

The radio says Jesus recommends Cruz, Rubio, and Trump, so you’ll be good in eternity with any of them

Mr Trump is a Patriot who Loves America..HE helped to build it up. But now he’s reached his breaking point..watching the evil Uniparty destroy it. Trump has graciously put his own life on hold to rescue the Nation before it’s too late. TRUMP/USA!!

If he was such a damn patriot why did he avoid being drafted at every turn..????
That cowardly clone of Mussolini ain’t fit to clean toilets in a public bathroom let alone be President of the United States of America………….

Hell’s Bells’s………..at least Mussolini served in WWI and was wounded in a mortar firing accident.
“During my time at a private military school, I learned more about the military than people who have actually served in the military”: Donald “draft avoider” Trump
That’s a REAL COC talking there…………======Fucking NOT!!!!!!!
I wouldn’t follow (let alone vote for…) that fake cowardly puke to an ice cream truck in July!!!!

Cruz is having a religious rally next week, the first ten attendees will receive a free bible, autographed by the author.

Cruz is a Seventh Day Adventist which holds a 19th century spiritualist as a Prophet of God. Not Christian because Christianity has been added to. God said not to add or subtract from his Word.

Well shit, Trump is the Anti-Christ so what else is there to say????

Rebellion? We need to do a census of who designates themselves as carpetbaggers and scalawags.

CRUZ is a snake he wont get my vote #TRUMP2016 all the way! https://www.fitsnews.com/2016/02/16/sc-congressman-ted-cruzs-campaign-spreading-outright-lies/