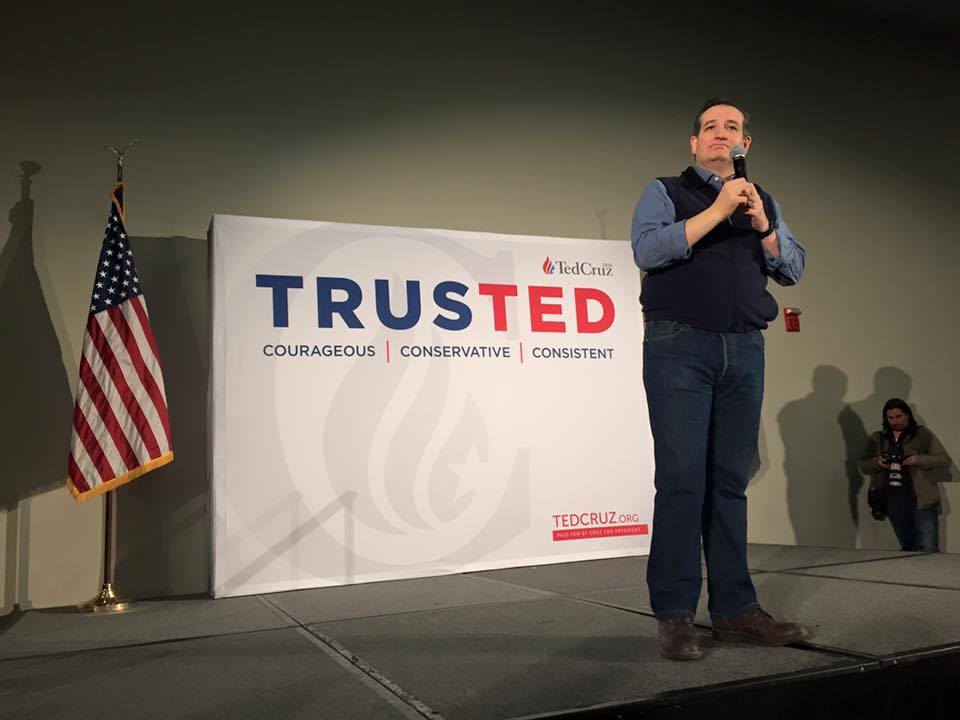 The notion that U.S. Senator Ted Cruz of Texas is running a dirty campaign picked up steam this week in early-voting South Carolina – widely regarded as the home of dirty political tricks.

There, U.S. Rep. Trey Gowdy – who is supporting the campaign of U.S. Senator Marco Rubio of Florida – blasted Cruz in no uncertain terms for allegedly mounting a “systematic effort” to spread “false information and outright lies” about his rivals.

“In the last week, we have seen a systematic effort by Sen. Cruz and his allies to spread false information and outright lies in the hopes of winning votes by appealing to our lowest common denominator,” Gowdy said. “Now, its been reported that a fake Facebook page has been used to fool South Carolinians into thinking that I no longer support Marco Rubio and that I’m instead supporting Ted Cruz.”

“Nothing could be further from the truth,” Gowdy added, issuing a demand for Cruz to “repudiate these dishonest and underhanded tactics.”

Cruz has been dogged by allegations of dirty tricks ever since the Iowa caucus election two weeks ago – when his campaign aggressively pushed an exaggerated interpretation of a news report from CNN involving retired neurosurgeon Ben Carson.

In fact one of our guest columnists from Iowa recently addressed his alleged unsavory tactics in this article.

Cruz won Iowa, finished in third place in New Hampshire and is currently in second place in South Carolina, according to the latest aggregate polling data from RealClearPolitics.

Of interest?  The man he’s trailing in the pivotal “First in the South” presidential primary – Donald Trump – is also accusing Cruz of being a liar.  And not just any liar, either.  Trump called Cruz “the single biggest liar I’ve ever come across, in politics or otherwise.”

This circular firing squad is doing more and more damage every day.

Only to RINO’s like you that don’t have a set of core values and throw their finger in the wind to be politically correct.

Welcome back Col. Flagg, I was hoping afraid you had disappeared for good.

You are the fake troll here please leave us alone.

Couldn’t happen to a bunch of more deserving fuckwads as far as I’m concerned
I’ve already made up my mind,……….I’m voting for anyone BUT Trump in the SC Republican primary and then 3rd party in the general election…………..
My mind is made up and my conscience is clear……………………..

Concur on the “…anyone but Trump (rhymes with dump, as in take a…”)” sentiment but can’t see voting for someone who has no chance (third party) and allowing a disaster like Billary or Bernie take office. I could live with Kaisich, Cruz or Rubio if I had to.

Ain’t gonna make a difference in the Great State of South Carolina……….whoever is the final one standing for the Republican Party will carry the state…….most can’t think for themselves anyway (South Carolina has the worse case of “sheeple-itis” in the entire nation as far as I’m concerned”)
You know the old (but ABSOLUTELY true) saying:
“If you didn’t vote, you have no right to complain/bitch”
That’s where I’m at in this point:I ain’t NEVER gonna vote for that cowardly fake Mussolini clone Trump no matter what but I will vote against him and then vote 3rd party in the general election.
I will have voted and I will have the validity to voice my opinion afterwards
Case closed………….

card carrying member of the “ignorant masses” … got your number ….shame on you!

“These days, the only time politicians tell the truth is when they call each other a liar.” ~Alfred E Neuman

When Cruz resorted to non stop lying, it says it all about his character. He can never be trusted nor believed ever again. He is your model psychopath in sheep clothing.

“the term sociopath is used to imply a lack of conscience”

Hate to tell you this but this whole election cycle is psycho.

Who would have thought the American people were this stupid. You take the most honest guy in the race and get everyone to run around saying “he is a liar”. The facts don’t matter. The truth doesn’t matter. The sheeple seem to believe it. It’s insane.

Trump is right Cruz is a dirty asshole.

Trump calling anyone a dirty asshole is laughable.

Pot and kettle, doesn’t mean the pot is wrong though…

Who would have thought the American people were this stupid. You take the most honest guy in the race and get everyone to run around saying “he is a liar”. The facts don’t matter. The truth doesn’t matter. The sheeple seem to believe it. It’s insane.

Cruz is a liar. He tried to steal Carson’s supporters in Iowa, and now he is lying About every one else. He has no character. He is willing to say or do anything to get elected. This is the last person we should let anywhere the White House.

Gowdy is soooooooo played and the amusing thing is he’s not even aware of it (or even worse………………..refusing to acknowledge that he is being played!!!!!
Then again, he has been totally inept as representative of his congressional district

Trump calls whoever is his most competitive rival a lier. When Ben Carson was in second place, he was calling him a lier. Remember the belt buckle speech by Trump. This fake Facebook page could easily be a false flag attack to hurt both Rubio and Cruz.

concur, who named Hillary, is open to retribution against both and is part of the origins of politics of personal destruction?

Trey needs to stop being a pussy!

Gowdy is despicable for being a part of this deceptive smear!

so how’s his prosecution of Hillary going?

Exactly…..Another reason why he sucks!

its not a smear and Gowdy is an honorable man. My trouble with Gowdy is his support of Rubio. But he’s right on Cruz lying about Trump.

Time to start criminal charges against Cruz. He is going to jail with his campaign managers.

Trey Gowdy is being a PUSSY!!! Man up Pussy boy! And take those GQ Pussy glasses off.