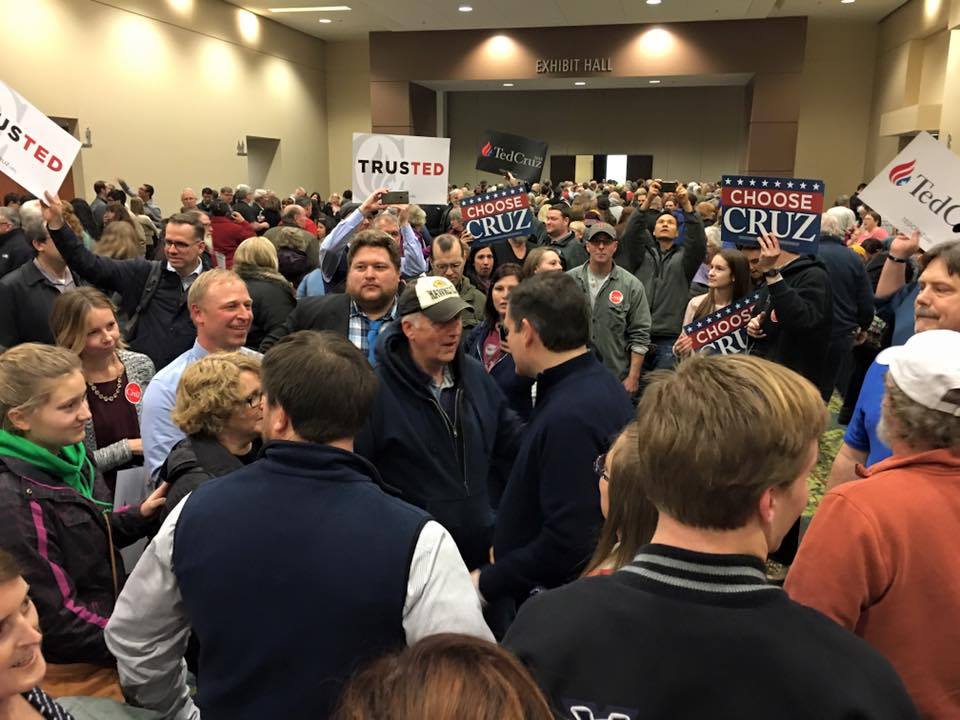 Suddenly, the anti-establishment movement within the “Republican” party has more than one face.

With 97 percent of precincts reporting, Cruz had captured 27.7 percent of the vote compared to Trump’s 24.3 percent.  Rubio was nipping at Trump’s heels with 23.1 percent support – well above where the amnesty-loving lawmaker had been polling prior to election day.

Cruz won eight delegates, Trump seven and Rubio six – the first of 2,472 delegates to be awarded over the course of the “Republican” primary.  To capture the party’s nomination, a candidate must earn 1,237 of them.

The rest of the field?  They put up disappointing results  … especially former Florida governor Jeb Bush, who captured just 2.8 percent of the vote despite the fact his campaign (and a political action committee supporting it) spent millions of dollars in the state.

In fact one reporter estimated the Right to Rise political action committee spent a whopping $25,000 per vote in Iowa – all so Bush could finish in sixth place.

Huckabee – who won the Iowa Caucus in 2008 – announced he was exiting the race before all of the votes had even been tabulated.  Santorum – who narrowly won Iowa in 2012 – is expected to follow in his footsteps soon.

Up next?  New Hampshire … on February 9.

Did Hillary Clinton "Win" Iowa By A Coin Toss?