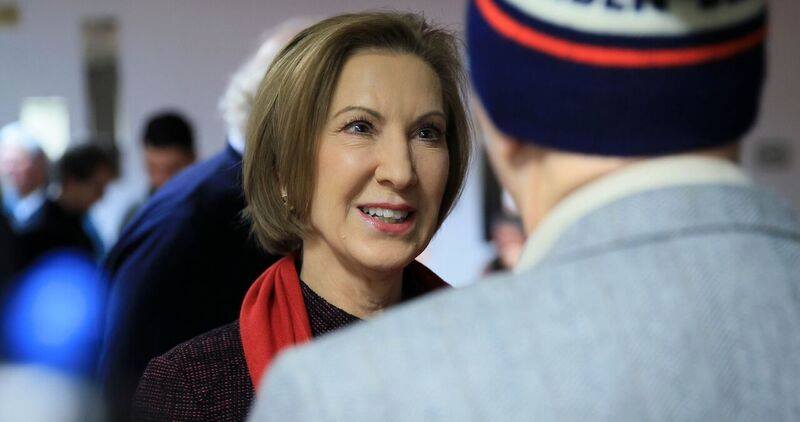 Former Hewlett-Packard CEO Carly Fiorina didn’t follow the lead of conservative commentator Ann Coulter and call anyone a “bimbo.”  However she did join the chorus of opposition to South Carolina governor Nikki Haley – who thrust herself on the national stage this week by attempting to brand critics of the GOP establishment as angry white men who are basically one step away from homicidal madness.

Fiorina said Haley struck the “wrong note” with her remarks … which were offered in response to U.S. president Barack Obama‘s final State of the Union address.

“Americans are angry and they’re frustrated and they’re fed up and they’re afraid,” Fiorina told Breitbart News. “That anger and frustration is real.”

So … does that mean she supports the “siren call of the angriest voice” (a.k.a. GOP presidential frontrunner Donald Trump)?

“President Obama lectures us about it.  Donald Trump bamboozles us.  Hillary Clinton says whatever she has to say to gain the power she craves,” Fiorina added, speaking to Breitbart’s Alex Swoyer.  “What we need is a solution to our anger, our frustration and our fear.  That’s why I’m running for president because I think I offer the leadership that will solve these problems.  We have to take our country back.  We need to restore our citizen government.  We have to cut our government down to size. We got to put people back to work and we need to keep this nation safe.”

Fiorina’s critics contended she’s in direct competition with Haley for consideration as a possible vice-presidential selection – and that’s what motivated her remarks.

Cat-fights all over the place this week!