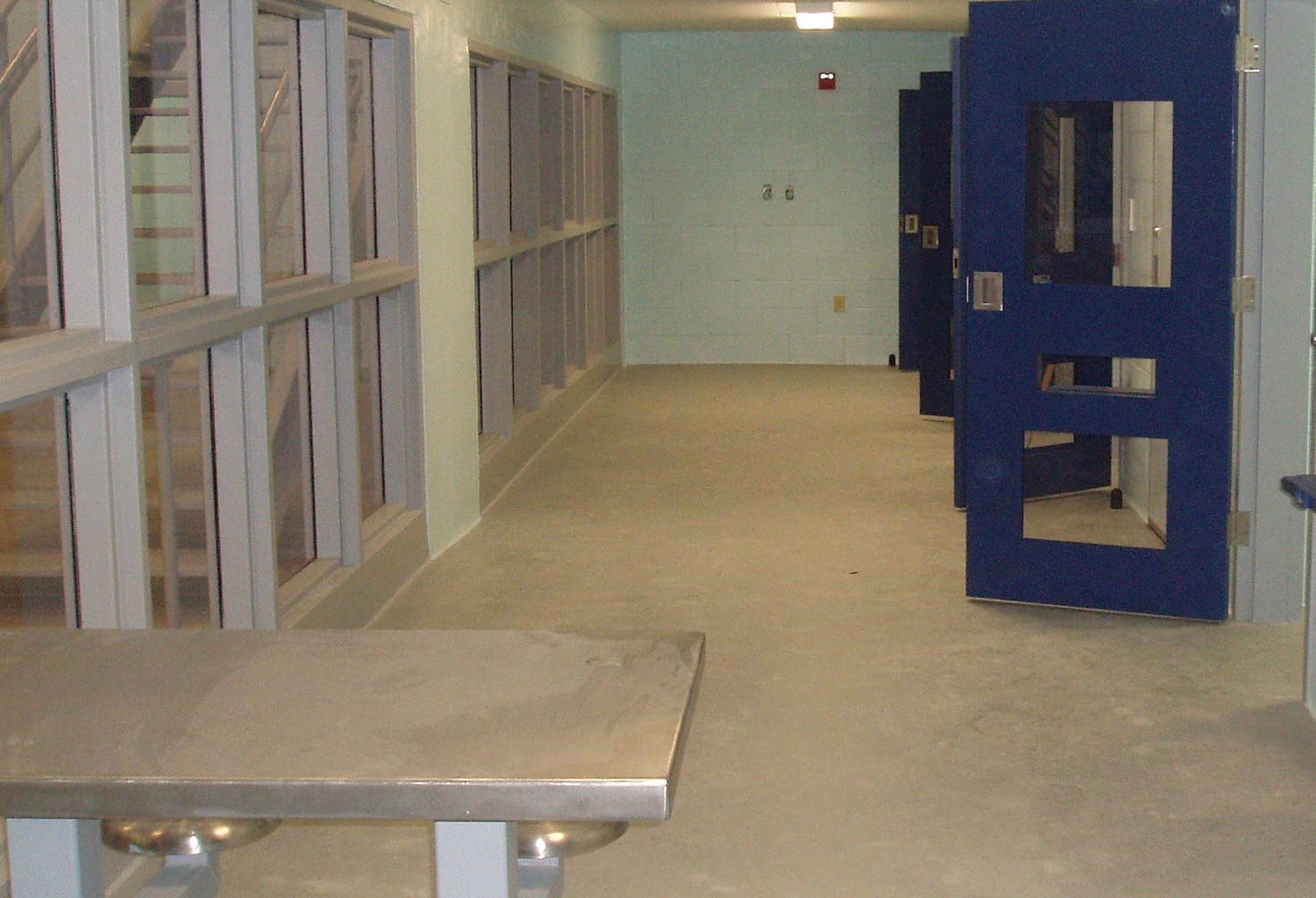 A pair of prominent black politicians in the Midlands region of South Carolina are surrendering themselves for arrest in Richland County, S.C. this week in connection with the unraveling “penny tax” scam.

Both officials are being arrested “on tax charges relating to the Department of Revenue (SCDOR)’s ongoing investigation into the Richland County Penny Tax program,” according to Aiken’s report.

It’s been a little over three weeks since this website first reported on a ramp-up in the S.C. Department of Revenue (SCDOR)’s investigation of the Richland County “penny tax,” the end result of a rigged election that will ultimately deprive residents in Richland County, S.C. of $1.2 billion in tax revenue.

To recap: After county residents narrowly rejected this tax hike in 2010, “Republican” and Democratic leaders of the local legislative delegation got together and took matters into their own hands.  With the approval of S.C. governor Nikki Haley, they passed a law seizing control of the local election commission and installed their hand-picked puppet as its leader.

The constitutionality of this law has been challenged, although there has yet to be a definitive determination on the issue.

Anyway, the legislative delegation’s appointed puppet proceeded to rig the 2012 vote – targeting excessive shortages of voting machines in county precincts that voted against the tax hike in 2010 (possibly working in concert with her intimate relations in the pro-tax movement at the time).

Oh, and all the connected insiders who helped orchestrate the heist are now profiting from it.

Earlier this year, SCDOR director Rick Reames launched its investigation into the “penny tax” proceeds, a probe which determined that millions of dollars flowing into county coffers were not going to “transportation-related projects” – as required by law.

Reames’ investigation uncovered “questions of potential public corruption and fraud” as well as “multiple instances of illegal activity by individuals and/ or companies associated” with the tax hike program.

As for Washington, his problems are reportedly much more involved.

In addition to personal tax issues – which could land him in jail for three years – Washington was chairman of the Richland County council at the time the $1.2 billion tax hike was “passed.”  He’s also very closely linked to the prominent black leaders profiting from the scam.

As we’ve said from the beginning of this process, we’re glad someone (namely Reames) has stepped up to the plate and actually worked to identify corruption in government.

That’s a rarity in this state …

Sadly, the real scandal remains the “passage” of the tax in the first place (and the failure of multiple government entities to do anything about it).  Sure, the proceeds of the theft ought to be tracked and those playing fast and loose with them ought to be arrested and prosecuted.

But all of that ignores the fundamental point: This tax never should have been passed in the first place.

Donna Hicks’ Ex-Husband Still Wants Her Out Of Office

They failed to pay their taxes – this Haas nothing to do with the “penny tax idiocy”.

When investigating the penny tax “scandal”, I’m sure DOR investigators looked up every member of City and County Council to confirm that they’d paid their taxes, and/or or both to confirm any income from groups promoting it, spending it, etc. If they find anything, then can leverage cooperation in the ongoing larger corruption investigation.

And if they didn’t file–what are they covering up. More to come I think.

As I’ve read elsewhere regarding public corruption, “South Carolina has far too many public officials who “never miss an opportunity to miss an opportunity.” It’s no surprise that lawyers and politicians are among the least trusted professions. They’re not all corrupt, but those who are succeed wildly.

Colonel, thanks for correcting Folks when his slant on the reason is totally off base. Folks brings up some interesting articles, where he loses his credibility is writing the article using the wrong version of why something occurred.

Folks may be one of those people who thinks, why tell the truth when you can invent a lie to push an agenda?
No clue that to people who pay attention, he’s destroying his credibility. Of course, all most of readers care about are the dog whistles.

As they say in the game of investigating corruption, follow the money. This probably does have something to do with the DORs investigation into the penny tax investigation.

I really wish a “sarcasm” switch was s.o.p. on the internets.

I saw someone use a “/s” to indicate it the other day.

Anyway, it seems as if you’re being sarcastic, but I’m not sure. I myself, am truly shocked as it is so rare that anyone in elected office ever suffers from their malfeasance.

If you don’t have user fees like a “penny tax” HOW do you get jobless Democrats riding the perpetual welfare train to contribute to paying for their food stamps,medicaid and Section 8 housing?

Is that why you love the penny tax scams in the Myrtle Beach area?

If it makes a freeloader like you pay something I am all for it.
In regards to the MB ‘penny scams'(?) my understanding is the people voted in elected officials that would support the tax and homeowners got a tax break.Only two people that believe in the myths of Chambergate,penny scam and Myrtle Beach Mafia are YOU and poor Fits-who you scammed with that shit.

The only ‘scam’ I am aware of is that hilarious story you concocted of renting in MB despite living in Murrels Inlet with mommy in poverty so you could apparently vote in Horry County? :)

Yet again you prove how much you love taxes and big government, you are a leftist plant.

It is possible.Muhammed Obama has been exposed as a American hating radical Islamic supporting ISIS lover.

You pass the Fair Tax. The only tax that everyone pays every time. All these other taxes are full of loop holes that let politicians and their cronies manipulate for their advantage. It gets the “underground economy” because sooner or later everyone buys a retail item. It will probably never pass as it is to equal.

Every “Unfair Tax” proposal has been full of holes big enough to drive a yacht through, literally. All of these proposed national and federal sales taxes exclude the things that affect wealthy people. They would all result in a massive shift in the tax burden to the middle class. Which is already overburdened. The rich would see their taxes cut dramatically. The middle class would see their taxes go up dramatically and the poor would see little difference. These proposals have been a total scam by the billionaires running the GOP.
Poor people not paying taxes are not the problem.

They should contribute SOMETHING and the only way to hit these freeloaders is ‘retail’/user fees.

What is it with politicians not filing their taxes? You have two of these assholes serving in the General Assembly now, Kris Crawford (R) and Harold Mitchell (D) who both were convicted on failure to file state income taxes. Neither went to jail, so don’t expect it here either. You’d think that these “smart” politicians would know that they are more likely to be prosecuted for doing something like this that goes on frequently. Are they dumb, or just that lazy?

Remember back to 2010?
Nikki Haley never paid a local, state or federal tax on time in her life until she was elected governor. It took liens from the feds to get her to pay up.
They just elected someone to Clementa Pinkney’s seat who finally paid a bunch of taxes after the primary or election.
What are people thinking electing people to public office who can’t manage their own personal and business tax issues?

Oh but I learned from my mistakes…..

Don’t give a rat’s ass if willie is creditable or not,

Don’t give a rat’s ass if he takes the high road, the low road or swims in the sewer,

Don’t care if he is off base or plumb level.

Do care if his efforts, no matter how minuscule, result in the crunching sound of a Cockroach fulfilling its destiny with a shoe heel

I’m sure both of these guys are innocent. You know, sometimes things get lost in the mail FOR THREE YEARS IN A ROW. Dipshits. Who the fuck doesn’t pay their taxes and gets away with it?

Just a couple of grown up DINDUs. They are good boys, just getting ready to turn their lives around and all that jazz.

Taxes are for the little people.

Maybe Nikki instructed Reames to do this ….

Glad Rick Reames is doing Alan Wilson’s job for him

So how long until T-Bone gets called in?

I’m thinking tax records were subpoenaed to see if they were getting “improperly enriched.” They found there were no tax records since they hadn’t filed. This begs the question–why not? What are they hiding?

This is just another example of how The Man works to keep a brotha from getting ahead. Al Sharpton should be defending them.

say but dis heah worked Rev Al, why should I pays my taxes

Until we elect President Trump and pack all the above off to
jail we’ll have nothing but a thugocracy run by corrupt, racist… !!!

Is there still an echo in here?… Greedy, greedy, GREEDY people are politicians

Keep following the money. Guarantee you Mayor Tbone and Tameka Devine are tied to it!