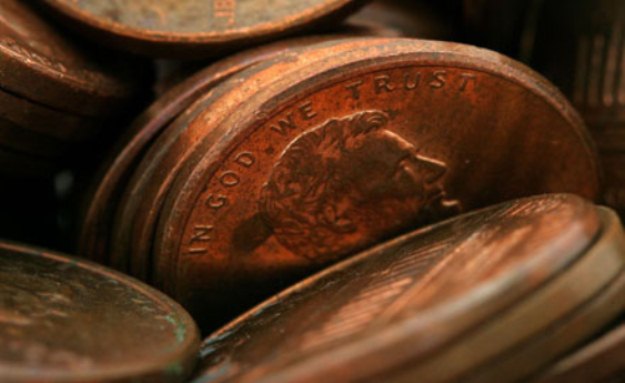 Back in May, this website reported on a forthcoming audit of Richland County, S.C. by the state Department of Revenue (SCDOR).

The audit focused on the proceeds of the “penny tax,” which was passed in 2012 via a rigged election that has yet to be properly investigated.

According to our sources, that probe is now heating up …

Earlier this month, a letter from SCDOR director Rick Reames was reportedly sent to county administrator Tony McDonald (a bureaucrat who draws a whopping $181,000 annual salary).  Sources at Richland County declined to provide us with a copy of this letter, but we’re told it was “not a very flattering” document.

In fact, our sources at the county tell us Reames’ letter contained a review of the initial findings of SCDOR’s investigation – and that county officials are scrambling to craft a response.

FITS has sent Freedom of Information Act (FOIA) requests to both governments in an effort to obtain this letter.  We’ll be sure to let you know what we uncover.

In the meantime, we would reiterate our call for the U.S. Department of Justice (USDOJ) to do its job and investigate the transparent voter suppression that took place in Richland County three years ago.  As we noted earlier this year,”in all our years of exposing corruption in the Palmetto State, we’ve never seen anything quite like what happened in the run-up to that vote.  Or in the miscarriage of justice which followed it.”

Don’t get us wrong: We’re glad the spoils of this theft are being scrutinized … but the real scandal remains the robbery itself.  Well, that and the utter failure of law enforcement at the state and federal level to do anything about it.

The only difference between Columbia and Chicago…Chicago is bigger.

Just once, I’d like to see one of threse “alleged scandals” conclude with a high level perp walk, faces hidden behind embarrassed hands, resignations right before the subpoenas, government employees being pulled over in their government provided autos and dragged out to be “patted down, cuffed and stuffed”. Grim faced agents and auditors shouldering their way through criss of press with “no comment” on their lips and bankers boxes in their hands. Then more embarrassed mid level lackeys and political supporters faces hidden behind their own hands with wrists sporting new stainless steel bracelets. What a Christmas that would make!

That would make it a happy New Year!

— with folks watching and with those cricket clickers (are there any frog croaking ones?) . Get everyone in a rhythm all together ….

Not just you but me. What I would really like to see is Hillary in an orange jump suit and cuffs. That would just make my heart go pitter patter . LOL

Has anyone ever figured out why the former administrator quit so suddenly and without explanation and later ended up at Fairfield County?

“In the meantime, we would reiterate our call for the U.S. Department of Justice (USDOJ) to do its job and investigate the transparent voter suppression that took place in Richland County three years ago.”

Can anyone share with me the last time the Justice Dept. investigated voter suppression of suburban white people? Has it ever been done? I guess maaaaybe the Black Panther Party waving billy clubs at old white people may qualify. But then again Eric Holder stated he wasn’t there to put black people in jail and let the go in the face of video evidence.

How is it possible we can have a Lynch as Attorney General?

Her name takes me out of my Safe Space, she should resign.

She’s not only another piss-ant but from some of her recent public remarks, a truly dumb one.

So basically the state tax agency has to step in and fill a void left by law enforcement’s lack of action?

What law enforcement officer is going up against Mayor Benjamin and his boys/girls?

T-Bone wasn’t even 1 full day in office before he brought his police chief to heel.

I see on the “news” that Mayor T-Bone Shitwater has cleaned up the water. Now to clean up the other corruption in Cola. LOL Clue- It won’t be done with chemicals .

Yea, by purchasing the water for Lexington County/West Columbia.

Notice the big water pipes running across the river?

City of Cola can’t supply its own water.

“..call for the U.S. Department of Justice
(USDOJ) to do its job and investigate the transparent voter suppression
that took place in Richland County three years ago.”

We all know that Obama’s Justice Department will not investigate this suppression of voting in Columbia.
For the same reason they failed to investigate the Black Panthers with clubs at a voting precinct in Philadelphia in one of the last Presidential elections.

Richland County and Columbia are the Detroit of the South. Let’s hope some heads roll from this.

How nice of Director Reames to send an unflattering letter. But will there actually be any action?

Can’t believe this is the city I chose to purchase multiple properties in.

4 hours altogether. Too many hours at once. She has to fill the time. There would be more focus if it was just one hour a day

I don’t think so. They’re still dealing with Sheryl Crow and one square of toilet paper.