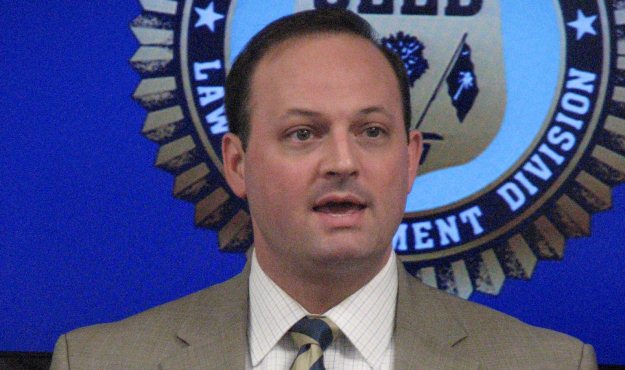 2018 GUBERNATORIAL FRONTRUNNER HAS A PROBLEM …

As S.C. attorney general Alan Wilson ramps up his campaign for governor of South Carolina in 2018, he’s facing a major perception problem.

A year ago, Wilson’s public image was that of an uncompromising crusader against corruption …

A year ago, Wilson was the guy who – against fierce institutional opposition – successfully brought down powerful S.C. Speaker of the House Bobby Harrell on ethics charges.  We celebrated Wilson’s exploits at the time, believing he was serious about rooting out self-dealing at the S.C. State House.

And even though it was another prosecutor who ultimately made the case against Harrell, Wilson was the one who took the credit.

What a difference a year makes …

Earlier this year, Wilson punted on an ongoing probe of South Carolina lawmakers – many of whom stand alongside him in the political stable of neo-Confederate consultant Richard Quinn.  We criticized Wilson at the time for failing to do his job – and for citing “undisclosed conflicts” as his reason.

“Wilson has built his statewide brand on going after public corruption … and this website has backed him up 100 percent in those efforts,” we wrote this summer.  “But with each recusal, Wilson is surrendering credibility on this issue.  And giving back whatever political ground he gained for pursuing public corruption in the first place.”

Little did we know his sin of omission would soon evolve into something far more sinister – an active effort to sabotage the prosecution of his corrupt allies.

Earlier this month Wilson quietly released an advisory opinion (obtained exclusively by this website) in which he advised first circuit solicitor David Pascoe that several angles of potential prosecution against sitting members of the S.C. General Assembly were unlikely to yield indictments.

Wilson’s office claimed it was simply responding to a request from Pascoe, but there’s no mistaking what happened here: After claiming he was “conflicted” as it related to specific anti-corruption prosecutions, Wilson then attempted to influence these prosecutions by arguing that his political allies were doing nothing wrong.

If Wilson wanted to evade his responsibility due to some supposed conflict (which is bad enough), then he should have stayed out of this investigation altogether.  Instead, he’s now attempting to exert influence on behalf of his cronies after he recused himself from their cases.

We can’t think of anything more corrupt than that …

Two mainstream media outlets have picked up the story of Wilson’s meddling … although they have yet to delve into this hypocrisy angle.  That’s unfortunate.

One possible reason why they haven’t, though?  A lack of pressure being brought to bear on them.

Since the news of Wilson’s antics broke this month, there’s been a curious silence from the “good government” activists who (like us) were clamoring for Harrell’s head a year ago.

That must stop now …

Bobby Harrell indeed violated state ethics laws related to reimbursements.  And he has paid the price for his misdeeds.  But other Palmetto politicians have done far worse – and Wilson’s ongoing refusal to hold them accountable (the job he was elected to do, by the way) is inexcusable.

Especially when the people he’s protecting are his political allies …

Maybe Wilson can investigate why SCDOT (at the urging of Mike Wooten) contracted with C&M Associates, Inc. to conduct a $200,000 study on the feasibility of building I-73 as a toll road, then have tried to keep the Draft Report under wraps. http://www.thestate.com/news/politics-government/politics-columns-blogs/the-buzz/article35848671.html#storylink=cpy

Maybe one reason is that C&M subcontracted with Chmura Economics & Analytics to make the socioeconomic projections of population and jobs out to 2050 resulting from building I-73 to see if tolls would pay for the road. Chmura repeated the same mistakes she made in the study she did for NESA in 2011 that predicted that I-73 would create 18.856 tourism-related jobs.

“As S.C. attorney general Alan Wilson ramps up his campaign for governor of South Carolina in 2018, he’s facing a major perception problem.”

That’s OK, heard the Democrats were going to throw Vince Sheheen on the pile again.

That will make it a total shitpile, then.

What is the possability Pascoe gets Wilson’s job ?

Why did people expect Wilson to be anything more than he has shown himself to be?
Birthed by Roxanne!
Raised by Joe!
Close to Ferazier!
Close to Quinn!
Close to Peeler!
My gosh, what did you expect?

I only speak for myself, nothing.

People need to vote for someone different.

I’m voting for all the same people because my people aren’t part of the problem.

If I was one of the honest legislators in SC I’d be pissed that the investigations into statehouse corruption have stalled and/or been swept under the carpet. By stopping the investigations, Wilson has created an illusion that everyone is corrupt and that he did all elected officials a favor by protecting the cronies.

Wilson’s foolishness. A new Attorney General under a new POTUS is coming.

Seems our political futures are a virtual Titanic, but—it’s just in us and we can’t seem to quit !!!

And of course we KNOW you’ll be slow and reelect Joe and me the next chance you get…NO…WAIT !!!

Ambition can be an important asset in politics. However, it can also be the ruination of pol.
If Wilson did the AG’s job correctly he would be a shoe in. But no, he decided on politics. It will cost him the governor’s mansion.