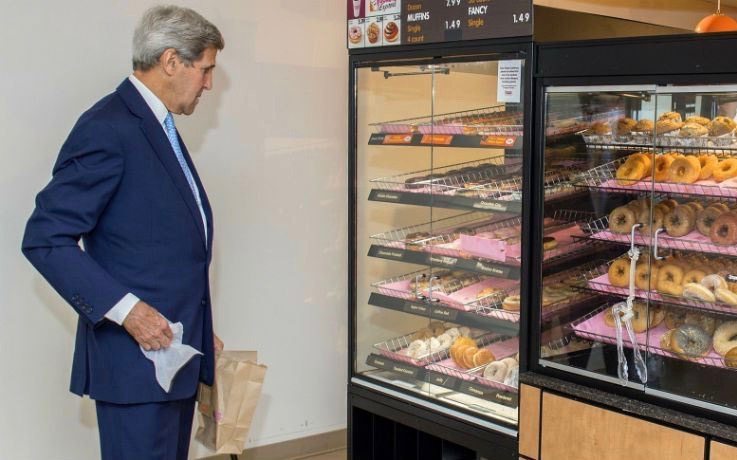 So here’s the latest chapter in the “Dumbest. War. Ever.”

U.S. Secretary of State John Kerry has finally acknowledged America’s efforts (ahem … ahem) to oust Syrian president Bashar al-Assad have failed – and that his country’s insistence on Assad’s ouster as a prerequisite to the negotiated settlement of the Syrian question is no longer diplomatically credible.

(You know … to the extent anything America does is diplomatically credible these days).

“The United States and our partners are not seeking so-called regime change (in Syria),” Kerry said this week during a visit to Moscow.

Meanwhile Kerry vowed to continue trying to distinguish between “moderate” and “non-moderate” opponents of Assad.  Really?  We wonder which of those categories U.S. Senator Lindsey Graham‘s Syrian friends would fall under?  Because remember two years ago Graham said if America didn’t invade Syria, Iran would nuke the port of Charleston, S.C.

Graham, incidentally, stood up during a recent “Republican” presidential debate and said he’d been “right more than wrong” on foreign policy.

Oh well.  In far more important news, Kerry said he was “wicked psyched” to discover a Dunkin Donuts on his trip to Moscow.

So … there’s that.  Although we’re not sure if we’re comfortable living in a world in which Russia also “runs on Dunkin.”