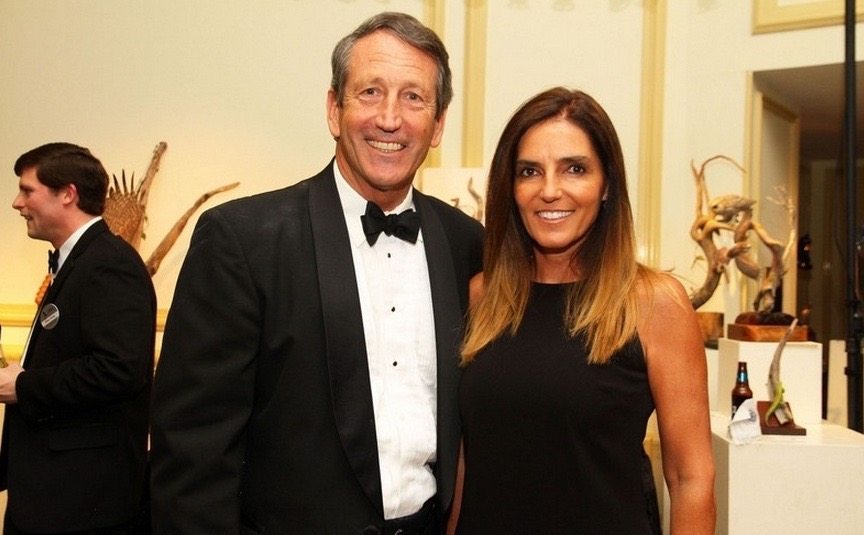 IN CASE YOU CARE …

Since winning a seat in the U.S. House in a special election two years ago, Mark Sanford – the guy who once commanded respect for his unswerving fidelity to principle – has morphed into a status quo “Republican.”

(For more on that profoundly disappointing evolution, click here – or here).

He’s also turned the U.S. Congress into another platform for incessantly over-sharing about his personal life … earning the nickname “Representative TMI.”  Sanford’s second implosion last fall was a painful reminder of his chronic narcissism … which we used to tolerate because we could count on him to vote the right way.

Anyway, while Sanford keeps lending his imprimatur to the status quo in Washington, D.C. (invoking divine inspiration as his rationale), his biggest headlines continue to originate from his “it’s-so-complicated” relationship with Latin lover, Maria Belen Chapur.

According to Emily Heil of The Washington Post, Sanford and Chapur are still an item and will in fact “spend part of the holidays together in her home country” of Argentina.

This “status update” obviously isn’t news to our readers.  We reported on one of Sanford and Chapur’s extended get-togethers back in June, and have known for months that their “break-up” was nothing but an effort by Sanford to alleviate legal pressure being applied by his ex-wife, Jenny Sanford.

Don’t get us wrong: Chapur (not unlike your typical first district congressional voter) has been given plenty of reasons to dump this loser, but for whatever reason she can’t seem to quit him.

Chapur is an elegant, attractive, intelligent woman … but she’s clearly got a blind spot when it comes to her choice in “soulmates.” There’s only room for one person in Mark Sanford’s heart … and that person is Mark Sanford.

Sooner or later she’ll learn there’s no individual – or ideology – he won’t betray if it means advancing himself personally or politically.