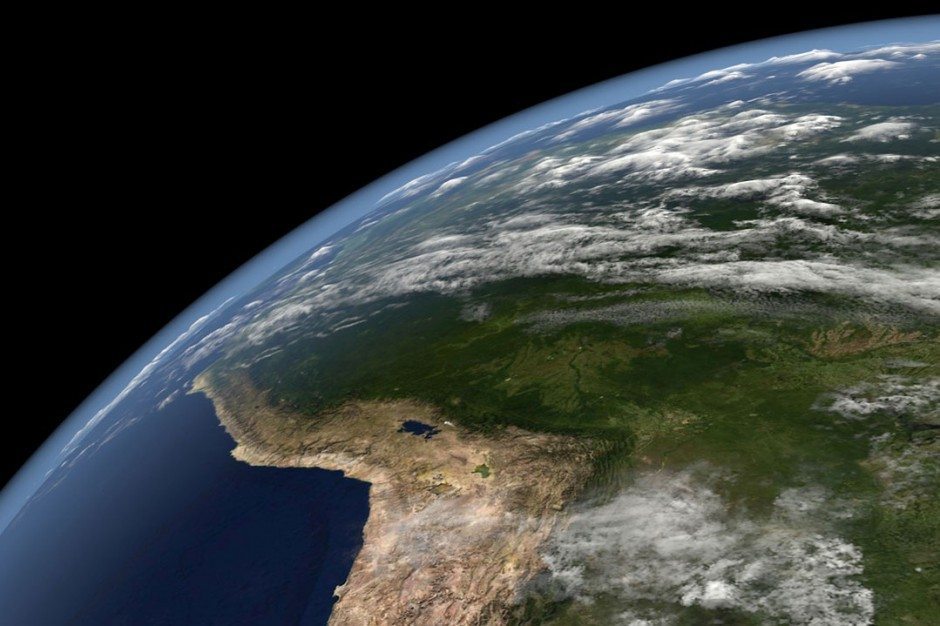 This website exists to shred myths: Among them, the globalist conspiracy to redistribute wealth under the guise of fighting “climate change.”

We view it as our duty to shed real sunlight on this debate … using real data.

We also view it as our duty to expose the misology of global warming proponents.

Seriously … it’s impossible to have a discussion with people who cannot be wrong.  People forcing you to embrace their position … or else.

Anyway, as the global warming myth heats up again in connection with the 2015 Paris summit there’s a great column out from Patrick J. Michaels of The Cato Institute.  In his column, Michaels points out “the abject failure of the computer models they are using as the basis for climate policy.” 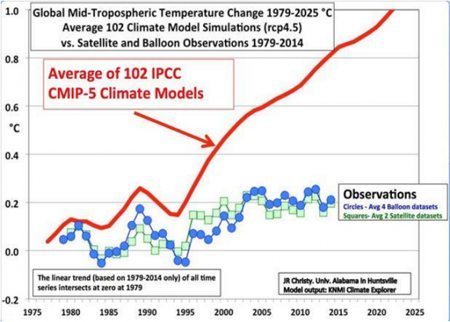 “The red line is the average mid-tropospheric temperature in the 102 climate models used by the UN in its latest compendium of published scientific opinions on climate change,” Michaels wrote. “The green squares are the average of the two satellite-sensed temperature histories for the mid-troposphere.  The blue dots are a completely independent measure of that temperature, which is the average of the four commonly-cited analyses of global weather balloon data. These are taken twice a day with extremely accurate sensors.”

In other words the global warmists are … once again … full of it.

“It’s mind-boggling that our leaders continue to cling to these failed models as the Paris summit stumbles to its predictable conclusion,” he added.

As we’ve repeatedly stated we believe in the Biblical notion of stewardship – in maximizing natural resources (recycling and reusing them wherever possible) and exploring alternative forms of energy creation.  Additionally, we support a limited role for government in the protection of these natural resources (although we adamantly oppose the subsidization of certain sectors of the “energy economy” at the taxpayers’ expense).

“In the final analysis, our most basic common link is that we all inhabit this small planet,” former U.S. president John F. Kennedy said in June of 1963.  “We all breathe the same air. We all cherish our children’s future. And we are all mortal.”

But faking science (or worse) in the name of government over-regulation, unnecessary taxation and wealth redistribution is no way to protect the planet.