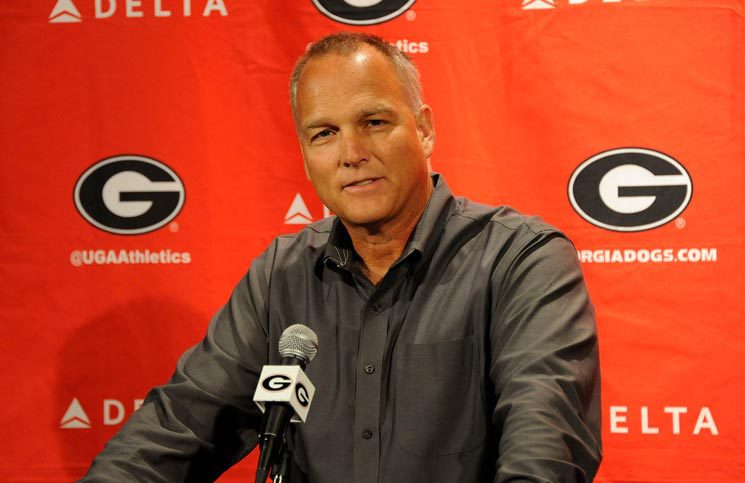 After fifteen years, 145 wins and a pair of Southeastern Conference championships, Mark Richt and the University of Georgia are parting ways.  According to the school, the split was mutual.  According to ESPN, Richt was fired.

Either way, Georgia will owe Richt a cool $4.1 million … and an already topsy-turvy coaching carousel has been thrown even further out of balance.

“Coach Richt and I met Sunday morning to discuss the status of our football program,” Georgia athletics director Greg McGarity said in a statement, “and we mutually agreed that he would step down as head coach and would have the opportunity to accept other duties and responsibilities at UGA following the bowl game.”

McGarity’s statement made it clear Richt “has the opportunity to remain on our staff at the University of Georgia” where he would be “heavily involved with outreach programs for our former football lettermen.”

“I appreciate the opportunity of serving the University as well as considering any other options that may present themselves in the future,” Richt said in the same statement.

With the bowl game left to play, Richt has posted a 145-51 mark at Georgia – good for second all-time at the school – and a 83-37 record against Southeastern Conference opponents.  His teams won the SEC East six times, had seven Top Ten finishes and won conference championships in 2002 and 2005 (Richt was named the SEC coach of the year in each of those seasons).

He also went 13-2 in Clean, Old-Fashioned Hate – a.k.a. the Bulldogs’ rivalry with Georgia Tech.

Still, it was never quite enough for Bulldog fans – who have been waiting decades for another national title.

Georgia’s last national championship came in 1980 under the legendary head coach Vince Dooley – who hired Richt away from Florida State University, where he spent seven seasons as offensive coordinator under Bobby Bowden.

The 55-year-old Nebraskan has guided the Bulldogs to postseason appearances in each of his fifteen seasons – posting a 9-5 mark in bowl games.

Richt’s impending departure following a 9-3 season could wind up impacting the future of several Southeastern Conference programs.  For example, one of the leading candidates to replace him is Alabama defensive coordinator Kirby Smart – who has also been rumored as a top candidate to replace Steve Spurrier at the University of South Carolina.

Spurrier resigned in midseason after the Gamecocks limped to a 2-4 start.  The team finished 1-5 under interim head coach Shawn Elliott.

South Carolina has whiffed on two of its other top choices.  Houston head coach Tom Herman took his name out of consideration for the Gamecock job last week, while Memphis head coach Justin Fuente is reportedly headed to Virginia Tech to replace Frank Beamer.

Gamecock athletics director Ray Tanner has repeatedly said he wants to have South Carolina’s new head coach in place by the beginning of December.