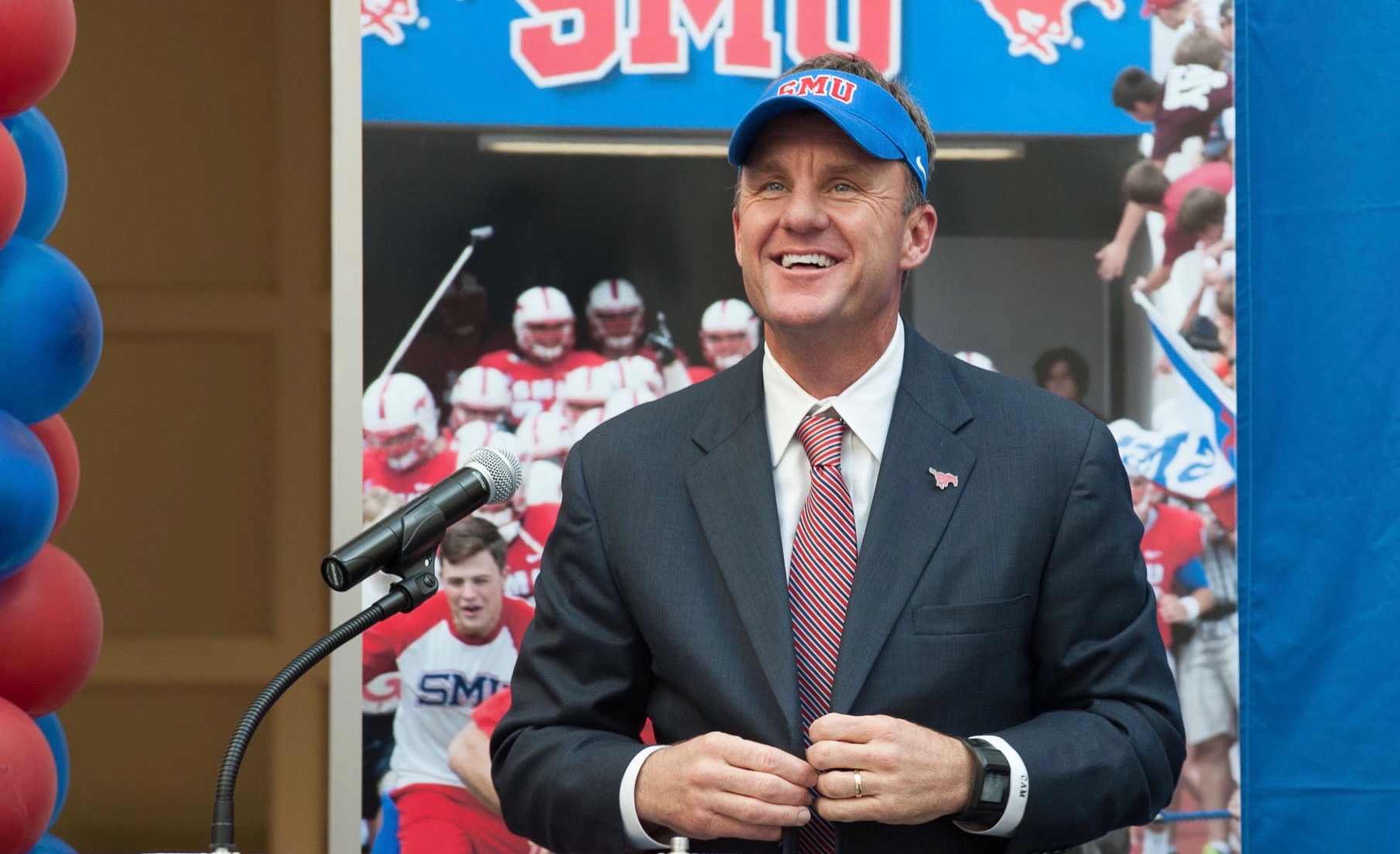 Southern Methodist University head football coach Chad Morris is highly unlikely to become the next head coach at the University of South Carolina.  In fact most insiders probably wouldn’t even put the former Clemson offensive mastermind on the “short list” for the Gamecock job.

Tanner and several other representatives of the school met Morris  in the conference room of the General Aviation terminal at Love Field.  The meeting lasted roughly an hour, we’re told.

Tanner and his entourage reportedly took a chartered flight in order to throw those tracking the University’s two public planes.

Morris, 46, was a high school coach for a decade-and-a-half in Texas before being tapped as assistant head coach/ offensive coordinator at Tulsa in 2010.  After a year with the Golden Hurricane, he was hired as Clemson’s offensive coordinator – unleashing an up-tempo, spread offense on the Atlantic Coast Conference (ACC) that helped produce a whopping 42 wins from 2011-14.

Morris was the highest-paid assistant coach in America during his four years in Tigertown – with good reason.

Things haven’t gone so well at SMU, though.  The Mustangs have posted a 2-9 record in Morris’ first year in Dallas – and rumors abound that he’s looking to grab one of the many available coaching openings heading into the 2016 season.

Morris’ Mustangs close out their 2015 season this weekend against the Memphis Tigers, whose fourth-year head coach Justin Fuente is rumored to be on South Carolina’s short list (along with Alabama defensive coordinator Kirby Smart).

In other South Carolina coaching news, Houston University head coach Tom Herman – believed by many to be the frontrunner for Gamecock job – has reportedly taken his name out of consideration for the position.

South Carolina is 3-8 on the year – its worst record since 1999, when the team lost all eleven games under first-year head coach Lou Holtz.

Mark Richt Out At Georgia