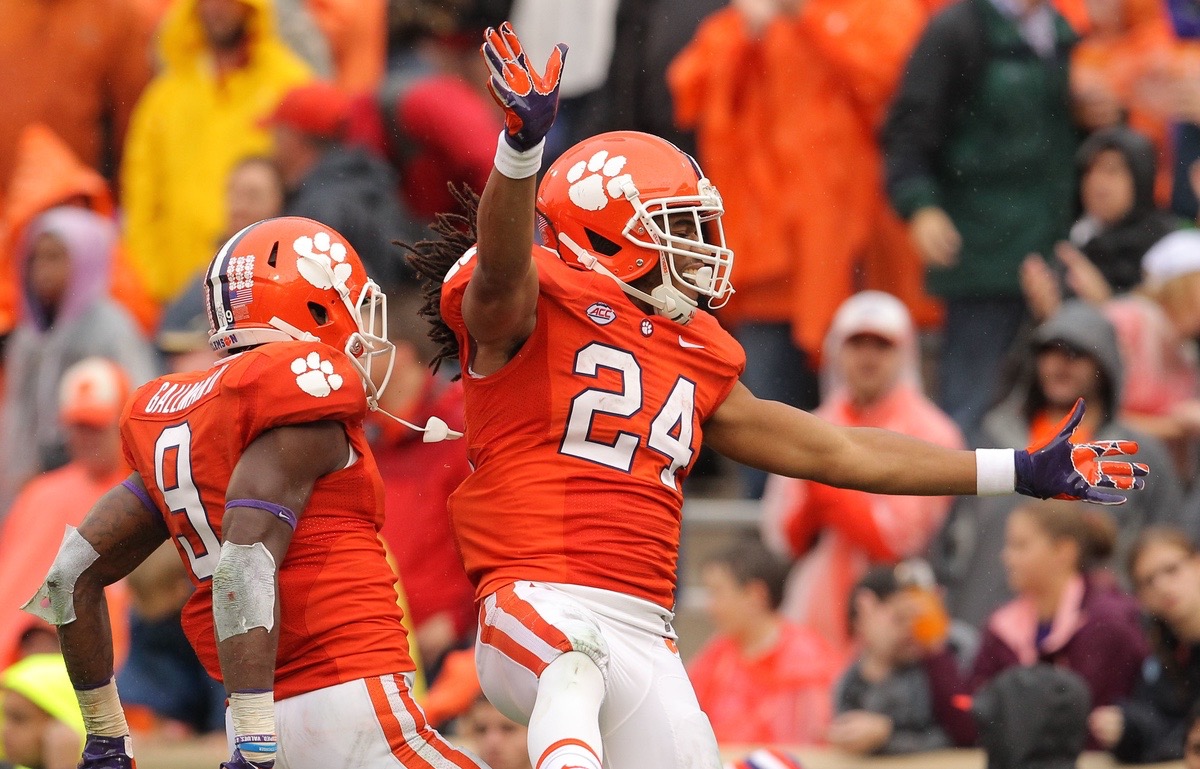 For the moment, Clemson University is the No. 1 football team in America … an astounding development given that 2015 was supposed to be a rebuilding year for the Tigers, who lost their top two defensive stars to the first round of this year’s NFL draft.

Notre Dame – which lost to Clemson last month – is ranked No. 5, followed by Baylor, Michigan State, TCU, Iowa and Florida.

Swinney – whose remarkable recruiting run has keyed the Tigers’ rise to national prominence – says his team won’t celebrate until the final rankings come out.

“The only poll that we’re excited about is Dec. 6, and I promise you we’ll have the biggest poll party you’ve seen,” Swinney told reporters this week. “We’ll open up Death Valley and serve pizza to everybody. That’ll be a time to celebrate a poll. Until then, it doesn’t matter.”

That’s Dabo for ya …

Clemson will put its No. 1 ranking on the line at Memorial Stadium (a.k.a “Death Valley”) this Saturday against No. 16 Florida State.  The Seminoles – who won the national championship two years ago – pasted then-No. 3 Clemson 51-14 during their last visit to Tigertown in 2013.  They escaped with a 23-17 overtime win in Tallahassee last year.

Kickoff is scheduled for 3:30 p.m. EST with ABC televising the game nationally.  Odds makers have installed the Tigers as 12-point favorites.