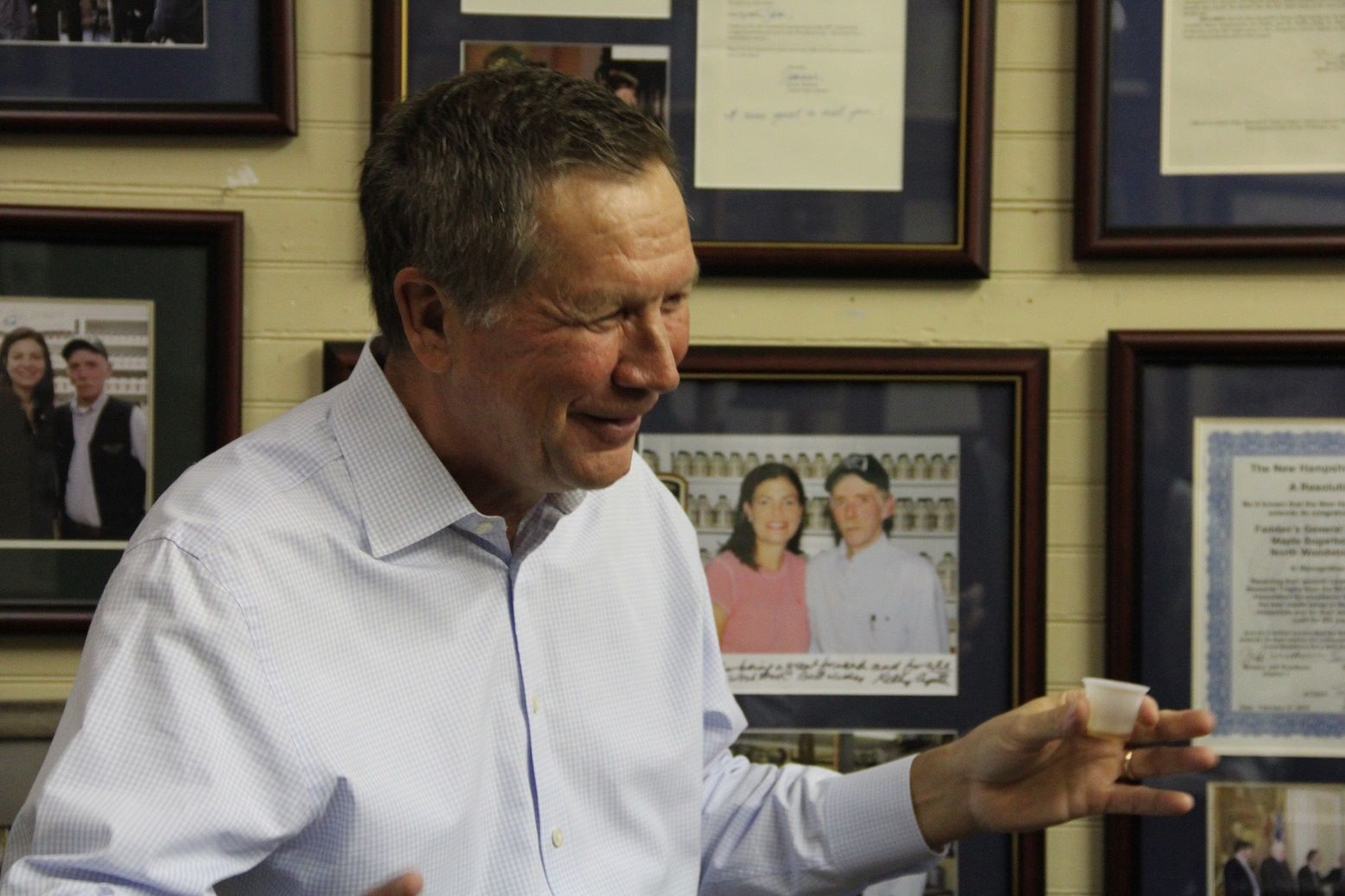 “CHRIST” THESE NUMBERS ARE BAD …

If there’s one thing that disappoints us more than politicians selling out, it’s when they try to blame their betrayal on Jesus. You know, like U.S. Rep. Mark Sanford of South Carolina – who tried to pin his vote for John Boehner on the Son of our Lord.

Or Ohio governor John Kasich – who cited Jesus as the inspiration for his decision to expand Medicaid using Obamacare subsidies.

Whatever prompted Kasich’s decision, the 2016 presidential candidate grossly understated the impact his socialized medicine expansion was going to have on the Buckeye State’s budget.  In fact according to a new report from a group called “Opportunity Ohio” (.pdf HERE), Kasich’s Obamacare expansion is already billions of dollars over budget – and things “will only get worse.”

Especially if the federal government decides it wants to pin more of the costs of the growth on states.

“Gov. John Kasich takes great pride in telling Americans about his unilateral decision to expand Medicaid under Obamacare in Ohio,” the report stated. “He conveniently forgets to tell Americans that (1) his initial and revised enrollment estimates have proven to be horribly low, in fact roughly half of actual enrollment, (2) that, because of this error, Medicaid will cost Ohioans at least $3.2 billion more than expected, (3) that, if Washington, D.C. increases the state cost-share as part of a budget deal, Ohioans could face a Medicaid bill of almost $20 billion, and (4) the federal government is using debt to fund Medicaid expansion, leaving our kids and grandkids with a growing and unsustainable bill to pay.”

That’s right.  Kasich projected Medicaid enrollment in his state to grow by 275,000.  That figure is now approaching 650,000, with some estimates projecting it will soon rise to more than 900,000.

And the costs associated with this unexpectedly expansive, um, expansion?

Yeah, they’re not good either …

To its credit, South Carolina leaders have refrained from engaging the Obamacare Medicaid expansion – although S.C. governor Nikki Haley hasn’t been shy about swelling the state’s Medicaid rolls.

According to the latest aggregate polling from Real Clear Politics, Kasich is pulling just three percent support in the Palmetto State (and only two percent nationwide).  He’s also seen his support in early-voting New Hampshire – where he was once in double-digits – begin to erode.

“Twenty years ago, we’d have been all about a Kasich candidacy – because back then he was a principled pro-free market, pro-liberty U.S. congressman,” we wrote recently. “Today?  He’s just another status quo ‘Republican.'”

Don’t blame him, though … like our own Palmetto State turncoat, Jesus made him do it.