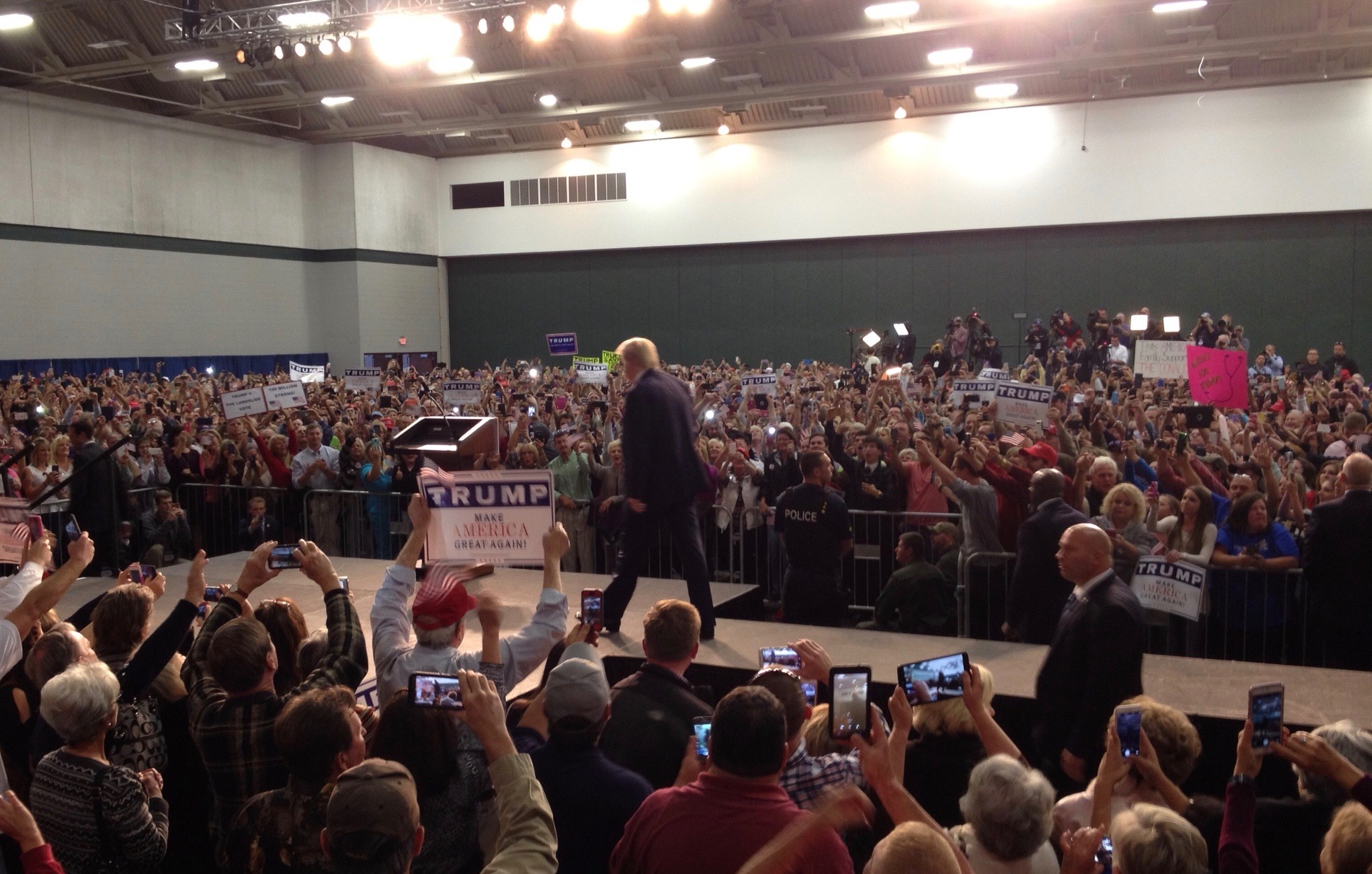 Donald Trump drew a crowd of between 7,000-8,000 people in Anderson, S.C. this week – and drew cheers from them when he ripped their home state U.S. Senator.

“Lindsey Graham needs to go home and better represent his own people,” Trump told the crowd, to wild applause.

Trump has been sparring with Graham in the Palmetto State, where the second-term U.S. Senator is struggling to poll above five percent in his own backyard.  Trump?  He’s consistently leading the field in early-voting South Carolina, according to aggregate polling.

So much for Graham’s promise to “beat (Trump)’s brains out.”

In addition to bashing Graham (a frequent target), Trump was cheered enthusiastically when he ripped federal Common Core standards – one of the government programs he vowed to cut in previewing his spending plans.

“Amazing energy,” one attendee at the event told us. “I’ve never heard roars like that.”

Education standards are a point of contention between Trump and former Florida governor Jeb Bush – who supports Common Core.

Trump and Bush agree, however, when it comes to opposing the Iranian nuclear deal negotiated by U.S. president Barack Obama and secretary of state John Kerry (and approved by a “Republican” Congress).

“A hundred and fifty billion dollars in the Iran deal – and Obama and Kerry didn’t ask for our prisoners because it would ‘complicate’ the deal,” Trump said.

The failure of America’s leaders to negotiate good deals on the global stage has been a centerpiece of Trump’s candidacy – and he continued to hammer away at that theme on his latest South Carolina swing.

“We can’t go another four years like this – we won’t have a country,” Trump said.

Trump heads to Iowa (another early voting state where he leads in the polls) for an event later this week, and will be in Florida for two events at the end of the week.  Expect him to ratchet up his recent criticism of Bush during his Sunshine State swing.