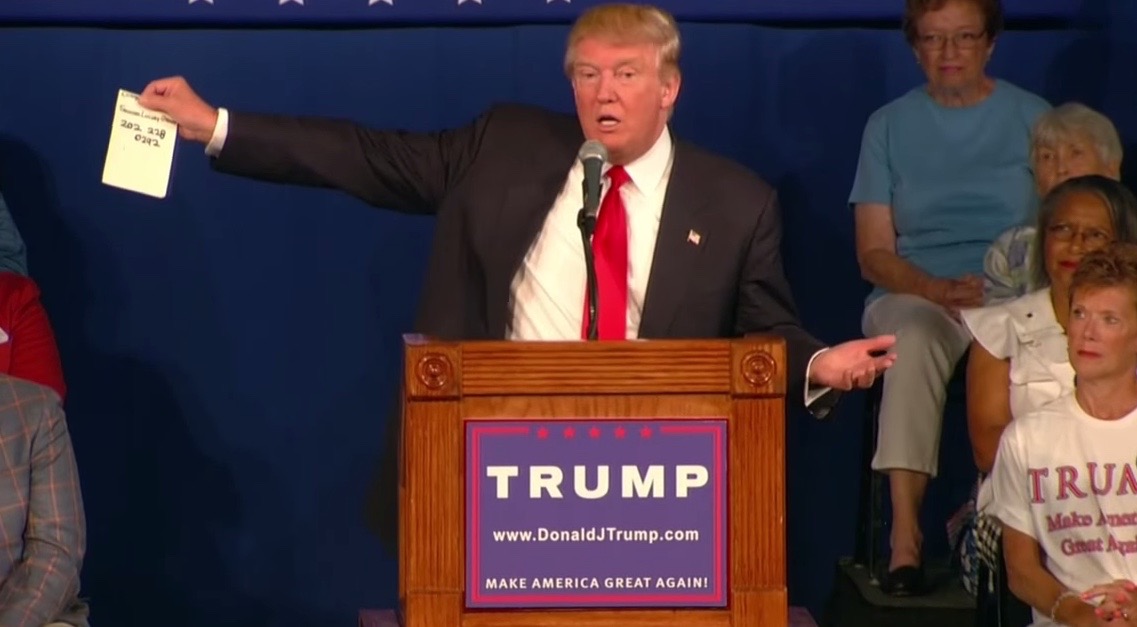 || By FITSNEWS || U.S Senator Lindsey Graham doesn’t use email … but he’s got a cell phone.

How do we know? Because GOP presidential frontrunner Donald Trump just gave the warmongering liberal’s digits out to … well, everybody.

“Your senator – what a stiff! Lindsey Graham! By the way, he’s registering a zero in the polls,” Trump told a crowd in Graham’s home state of South Carolina prior to giving out his digits.

Graham is registering at zero in the polls.  Trump?  He’s the surprise GOP frontrunner – in no small part due to his willingness to “give zero f*cks,” as the cool kids say.

Anyway … got a pen handy?

Graham’s cell phone number is 202-228-0292.  Or at least it was.  By now his minions have probably scared up a new ten-digit Washington, D.C. number … although we suspect his old ten digits will be the subject of all sorts of fun media inquiries.  Perhaps putting Graham’s “I ain’t gay” theory to the test …

According to Trump, Graham called him years ago because he wanted the billionaire real estate mogul to give him a good reference with the television show “Fox and Friends.”

Trump also said Graham “wanted to know if he could come see me for some campaign contributions.”

In addition to giving out Graham’s phone number Trump called him a “lightweight” and an “idiot.”

“He doesn’t seem like a very bright guy,” Trump said.  “He actually probably seems to me not as bright as Rick Perry. I think Rick Perry probably is smarter than Lindsey Graham.”

Why’d he give out Graham’s digits?

“So people can call him, so he can maybe get something done – but he won’t be able to,” Trump said.

Graham’s campaign manager Christian Ferry responded by saying “Donald Trump continues to show hourly that he is ill-prepared to be commander in chief.”

Right. Said the guy at zero percent to the guy currently enjoying a double-digit lead over the rest of the “Republican” field.

Related Topics:Donald TrumpLindsey Graham
Up Next

Rand Paul: Off The Radar?