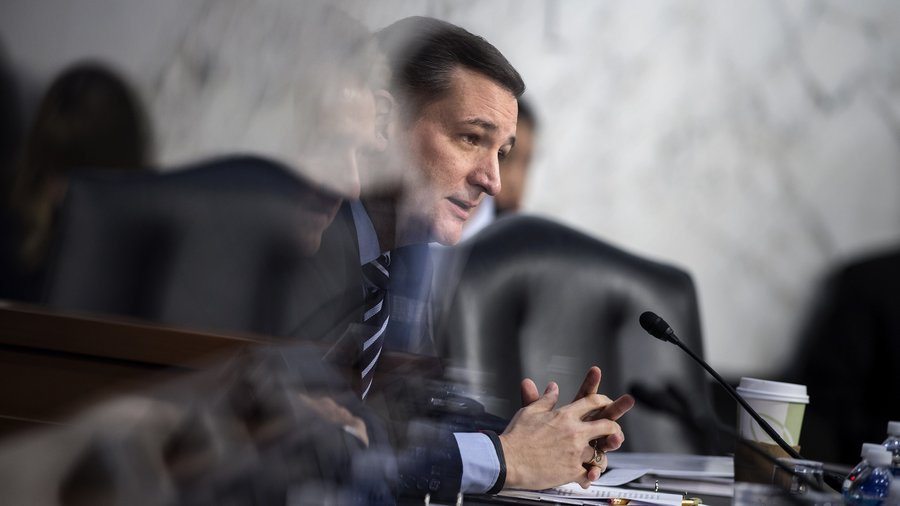 We’re not a country that engages in the Socratic method much anymore.  Hell, people see a YouTube clip that’s more than a minute long and they invariably run for the hills.

But we found one particular clip (fair warning, it’s ten minutes long) that is worth watching …

It shows U.S. Senator Ted Cruz of Texas questioning Sierra Club president Aaron Mair on the ongoing pause in “global warming.”  And Mair failing miserably in attempting to respond to those questions.

“How do you address the facts that in the last 18 years the satellite data show no demonstrable warming whatsoever?” Cruz grilled Mair.

“Is it correct that the satellite data over the last 18 years demonstrate no significant warming?” Cruz asked again.

“How is it incorrect?” Cruz asked.

At this point, Mair leans back to receive advise from his staff.

“Based upon our experts it’s been refuted long ago, and it’s not up for scientific debate,” he eventually responded.

Ah yes … the old “right is what we say it is” mantra that’s been at the heart of the global warming hoax for years.

Also not up for scientific debate in Mair’s view?  The assertion that global warming disproportionately impacts “people of color and low-income communities.”  According to him, this “should not be up for debate any more so than the science behind climate change itself.”

Pressed by Cruz to back up his claims, though, Mair couldn’t do it.  Nor could he explain the ongoing global warming pause.

“I do find it highly interesting that the President of the Sierra Club would, when asked what the scientific data demonstrate about warming, apparently is relying on staff,” Cruz said. “The nice thing about the satellite data is these are objective numbers.”

Again and again, Cruz asks Mair basic questions … and again and again Mair turns to his staff before offering pat responses with absolutely no corresponding justification.

“The amazing thing here is not that the guy disagrees – what’s amazing is that he doesn’t seem to know what Ted Cruz is even talking about,” the website Ace of Spades HQ noted.  “He does not know what ‘the pause’ refers to (it’s the 18 year long pause in predicted global warming), and has to rely on advisors throughout the questioning.”

“At no point does he seem to even show a glimmer of recognition of this fact,” Ace added.  “This is all new news to him.”

“Seriously, it looks bad when the head of your organization has to keep getting fed lines by his staff,” Moe Lane of RedState.com opined.

Even the liberal mainstream media slammed Mair, with The Houston Chronicle noting his exchange with Cruz demonstrated a “shocking lack of knowledge about climate change from an organization that counts addressing climate change disruption among its most important goals.”