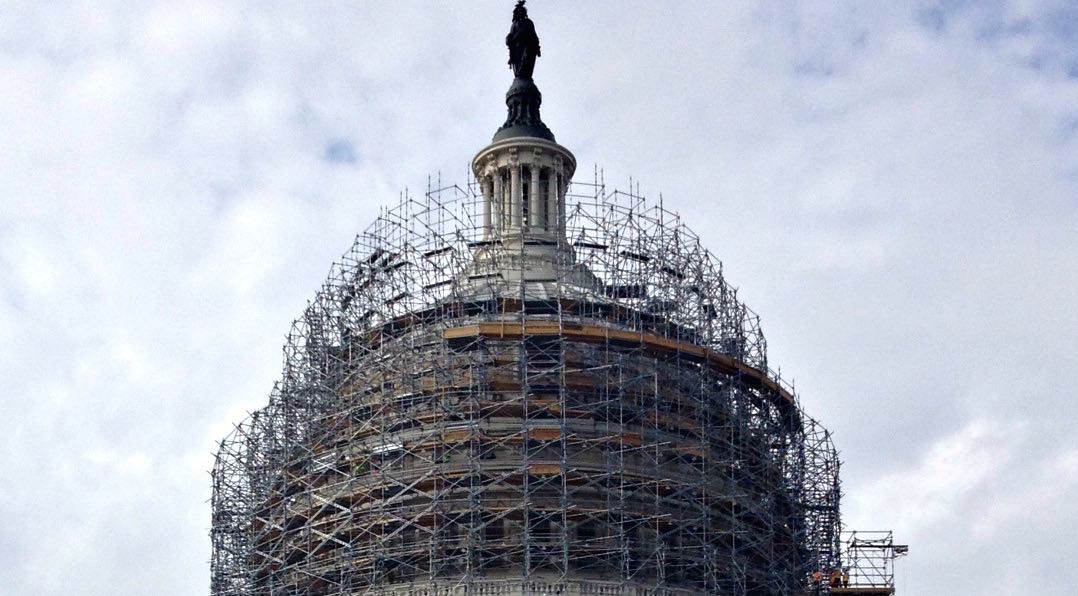 In its younger and formative iterations, this website supported the notion of biennial budgeting … at the state level, anyway.

For those of you educated in one of South Carolina’s government-run schools, “biennial” refers to something which happens every other year.  In this case, we’re talking about a budget that’s passed every two years – as opposed to one passed every year.

It’s funny that we’re talking about it on the federal level, though, because Washington, D.C. has struggled mightily in recent years to pass annual budgets – preferring instead to fund government (at obscenely higher levels) via a series of stopgap “continuing resolutions.”

Now they want to pass a two-year budget?  Yes … and something about the process strikes us as rotten.

Earlier this week, liberal U.S. Senate “majority” leader Mitch McConnell announced that he was negotiating directly with U.S. president Barack Obama on a funding deal which would further obliterate the spending “caps” agreed to back in 2011 as part of the “debt dereliction deal.”

Remember that agreement?  It’s the one that burned up $2.4 trillion in deficit spending over seventeen months in exchange for $2.1 trillion in “savings” over a ten-year period … savings which haven’t materialized.

Anyway, McConnell and Obama – along with outgoing liberal U.S. Speaker John Boehner – apparently want to pass a spending resolution that would fund the federal government through October 2017.

In addition to shattering the previously agreed upon spending caps, such a spending plan would handcuff the ability of the next president – and the next U.S. Congress – to shape the nation’s fiscal policy.  And seeing as there’s almost universal agreement that the next president and the next Congress will be more fiscally conservative than the current president and current Congress – this is nothing more than a way for the establishment to keep the gravy train flowing.

Accordingly, we do not support such a two-year spending plan – especially if it is being negotiated in secret by the likes of Obama, McConnell and Boehner.

Earlier this year in commenting on the latest deficit projections (which got worse pretty fast), we offered up the following thoughts …

The federal government doesn’t really pass budgets anymore – it passes stopgap spending “resolutions” which fund the government for specific time periods: One month, three months, six months, whatever.  This is no way to run a government – and is part of an effort to keep the true size of the D.C. behemoth from taxpayers.  Here’s how we see it: The federal government imposes taxes on individuals and businesses based on fiscal years which begin on January 1 and end on December 31.  We would humbly submit it hold itself to the same standard beginning next year.  Oh, and if the Congress and President can’t agree on a budget, then citizens ought to have the right to recall them and replace them with leaders who will.

Yup.  This is simple … or at least it should be.

When it becomes less than simple, odds are you are getting the shaft by your leaders … working as they always do in self-interest or on behalf of special interests (a.k.a. “bipartisansh*t”).

Another Social Conservative “Republican” Goes Down

Yep. The sequester was just eliminated. Defense spending will rise, but with only increased debt to pay for it.

what will ted cruz do if he can’t try to shut down the government for the next two years?

Help Trump design the new Wall to keep illegals out.

And RINO Joe don’tcha know said—no!…DON’T let the people vote on ripping down the flag of Confederate patriots—gutless Haley and corrupt legislators joined in the shout

So attention—all honest TRUE conservative South Carolinians—get on the Tea Train and we WILL do to all of the above next year what they’ve been doing to you and me !!!

last tuesday I got a top of the range Honda from earning $16020 this last four weeks and also ten-k last-month . this is definitely the coolest work I have ever done . Without any question it’s the most financially rewarding Ive had . I started this 4 months ago & practicaIIy straight away began to bring home over $97 p/h .Visit weblink to start immediately.
.fv….
???? http://GoogleExtraPayingTopJobsNewEmploymentProjects/Get/Start/Today… ??????????????????????????????????????????