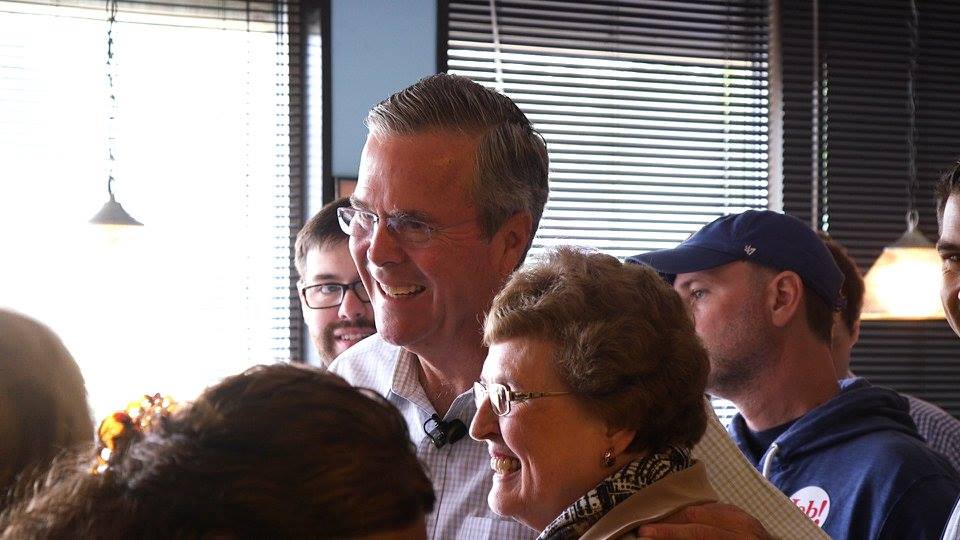 || By FITSNEWS || This website hasn’t had many occasions upon which to say nice things about former Florida governor Jeb Bush.  But when Bush deserves it, we’ve praised him: Most notably for his leadership on the issue of parental choice, but also for his recent decision to oppose reauthorization of the crony capitalist U.S. Export-Import Bank.

Bush is on the right side of another issue this month – opposing the “Great Internet Giveaway” proposed by current U.S. president Barack Obama.

We last addressed this issue back in June, arguing that “the internet is one of the few things in America that’s working, and government’s limited role in preserving its basic infrastructure has been essential to maintaining web availability and freedom.”

“The United States must retain a strong leadership position in Internet governance,” he said in his recently unveiled cybersecurity plan.  “For example, we should maintain oversight of the Internet Corporation for Assigned Names and Numbers (ICANN), which manages the Internet’s domain name system.”

Obama has been trying for years to transfer this authority to the “global Internet community,” part of his ongoing (and increasingly dangerous efforts) to dilute U.S. sovereignty.

Bush’s refusal to go along with that plan is a welcome addition to this debate – and should help establishment “Republicans” in Congress to see the light.

“When candidates as far apart on the conservative spectrum like Ted Cruz and Jeb Bush agree that U.S. oversight of the world’s Internet domain name system should be safeguarded, Congress needs to pay attention,” said Rick Manning of Americans for Limited Government, a group which has been leading the opposition to Obama’s proposed internet giveaway.  “The First Amendment freedoms of every person who uses the Internet is at stake.”

Democrats see it slipping away, as Hillary flat-lines..and Biden is the ONLY idiot on the bench.

Looks like FITNews Liberal-Tarians may be trying to push their next McCain as the nominee, so that they have a chance, despite the Disaster Obama and Democrat Rule have been…

Suck FITS, Jeb is old news. We you lost Boehner you should have figured your Bullshit has been found out. We’re about to take the country back from you…and fix the mess you’ve made.

I hate you. You promised we’d be exclusive.

Homosexuals (especially males) are hardly EVER exclusive. If you know any, you know that.

It’s not why they get into that lifestyle. When you define yourself by your sexual weakness and insecurities, you’re not going to limit yourself.

That’s why very few will get married.

Find a job and quit ? fuckhead.

Damn your posts are hard to read. Hire an editor, dude.

Fits is pulling the Clinton ‘triangulation’.Fits wants Trump to dump the Republican Party and run third party (he won’t).Fits didn’t figure on Bush sinking so fast with Trump leveling out and Christian conservatives like Rubio,Cruz,Fiorina and Carson appealing to 70% of the party.Fits doesn’t want a Christian conservative as the nominee so Bush is useful.

Ho Hum, what a fiasco ! I’m getting rid of direct tv !

The internet should not be in any government’s control. Jeb got this one very wrong. All he is calling for is statist control of this to remain in the hands of one state instead of many.

So what you want is internet anarchy? You do realize that if the US pulled out of the “world wide web” in favor of a “US web”, the internet as you know it would collapse in upon itself? Most of the servers and computing power that drive the web reside in the US. Of the top 20 DNS servers, 19 are in the US and number 20 is Chinese. http://royal.pingdom.com/2007/04/24/top-20-dns-server-map-shows-us-internet-dominance/

Not at all that I refute anything you’ve said…but I would be interested in seeing this information updated.

If in the world of “tech” we typically see gains that “double every year,” per se….then one must wonder how (if at all) this has changed since April 2007.

I can’t find a more current version – I suspect that the doubling occurs relatively equally and if that is the case, we’d still be at the head of the pack.

My brother is a freakin mental giant. I know. I used to lose to him in checkers. He’ll be OK. He’s sayin’ he’s against it, but he’s really not. Do you think his donors would give him money if he was against it. My Dad, me, and my brother, we all love the Ex Im Bank. (There as another I liked that my Dad had pull with out of Baghdad but that’s anothe story). Anyway – Go Jeb!!!!!! A Real Conservative!!!!!

Jeb Bush is an idiot, and only an idiot would vote for him..

So good luck with that. .

Jeb is right with his position on this issue.
He is at the point of waiting a bit long to get into the race for the Presidency. Making a decision on control of the internet is mouse nuts when contrasted with the decisions he will have to make if he wants to get serious about the Republican nomination. If he has been putting forth his maximum effort up to this point, he is in trouble. Is he waiting for Trump to implode and others like Walker to drop out because they simply did not catch on? Does he sense that the Republican electorate is sick of “establishment politicians” and just waiting for that movement to subside? Probably a bit of “all of the above.”
The strategy seems to be one of don’t do anything to draw attention, but stay involved enough to be a viable candidate when Political “shit hits the fan.” But, as someone once said, “you can see a lot by just watching.” But just watching will not pay the bills.

The ultimate crony capitalist, Jeb! Bush, opposes the crony capitalist Ex-Im Bank. Yeah, sure. If he’s elected hold your hand on your ass until something is done against Ex-Im by Jeb! against the wishes of his fat cat patrons.