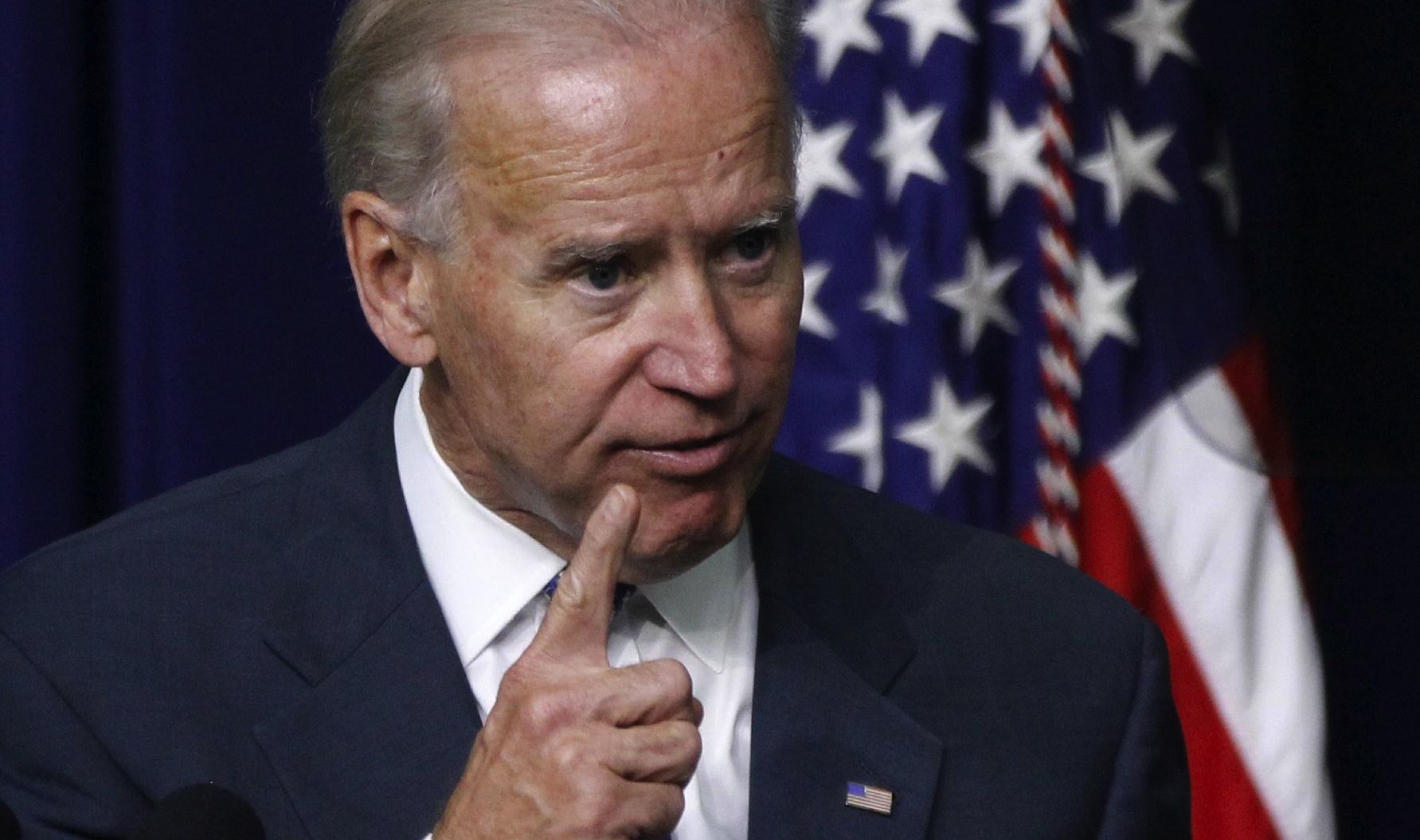 VEEP IN NO HURRY TO JUMP INTO PRESIDENTIAL RACE …

|| By FITSNEWS || Joe Biden has yet to announce his presidential plans, but the vice president would enter the race as the most popular Democratic candidate.

A new NBC News poll (.pdf here) shows 40 percent of Americans as having a positive impression of Biden – compared to 28 percent who view him negatively.  That +12 spread is better than the +10 number put up by independent socialist U.S. Senator Bernie Sanders, and well above the -8 spread of Democratic frontrunner Hillary Clinton.

Clinton still leads the Democratic field according to the poll – drawing 42 percent to Sanders 35 percent (and Biden’s 17 percent), but she’s clearly no longer the “presumed nominee.”  Real Clear Politics latest mash-up of multiple national surveys has Biden polling slightly higher – at 20 percent – and Clinton at 40.8 percent.

As recently as May, though, Clinton was polling at 64.2 percent with Biden in single digits.

Of course Biden’s formal entry into the race means he’d face a much harsher glare than he’s currently experiencing as a prospective candidate.

“Most of the media coverage of the vice president’s potential run has centered around his decision-making about a campaign and the outpouring of sympathy for his family after the tragic death of his son, Beau,” an NBC News report accompanying the network’s latest polling pointed out.  “None of his potential rivals have aggressively attacked his record, including past gaffes and previously held policy positions that might now be anathema to the Democratic Party’s progressives

So … will Biden jump in?

“We’re gonna be waiting a bit longer,” a source close to the vice president’s Palmetto State organization told FITS.  “I think he can afford to wait.”

“Just because it’s not official doesn’t mean (he’s) not going,” the source told us.

Jeb Bush Got Something Else Right