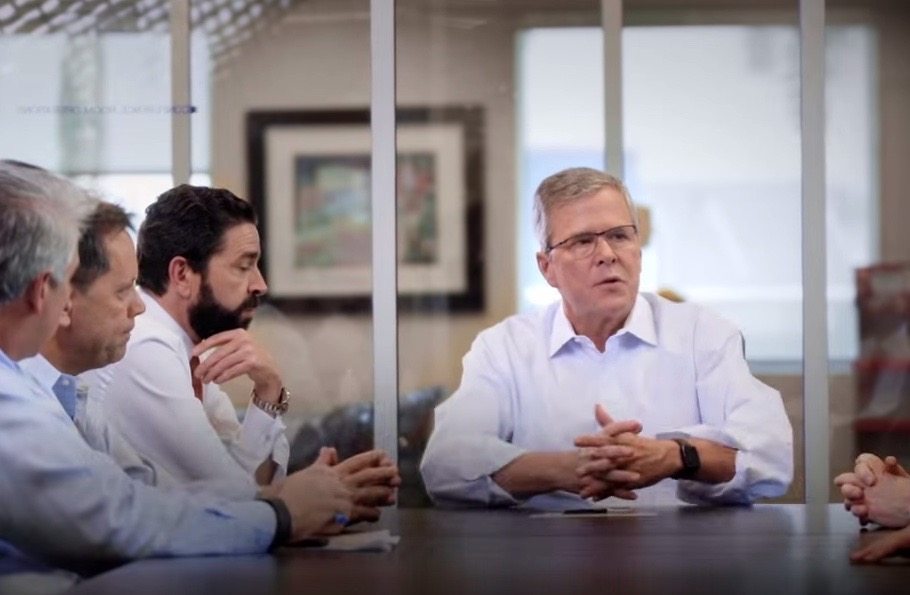 || By FITSNEWS || Desperate to reorient his political trajectory, former Florida governor Jeb Bush is launching a new television ad in early voting New Hampshire.  The ad – entitled “I’ve Delivered” – begins running in the Granite State this week with $500,000 behind it.

Once the frontrunner for the “Republican” presidential nomination, Bush (like most of the other GOP hopefuls) has seen his campaign consumed by the political ascendency of billionaire businessman Donald Trump.

In fact his ad takes a shot at Trump – referencing “self-promoters” in the presidential race.

“Anybody can talk,” Bush says in the spot. “I’ve delivered.”

As recently as July 23, Bush was leading the field with 16.3 percent support in New Hampshire – according to rolling survey averages published by Real Clear Politics.  This week, however, an NBC News/ Marist poll showed him in fourth place in the Granite State with just eight percent support.

Will this ad turn things around for him?  We doubt it … it’s just too cookie cutter.  With Bush looking and sounding like the typical politician he is.

In case you haven’t noticed, the 2016 campaign is one big recoil against the “bipartisan” political establishment.  And despite Bush’s best efforts to portray himself as “anti-Washington” his last name is still Bush.  So while he may deserve credit in some areas (most notably his consistent support for free market education policy), the fact remains he is an unrepentant crony capitalist.

And this ad does nothing but reinforce that perception …

Donald Trump Will Blow A Gasket When He Sees These Numbers …