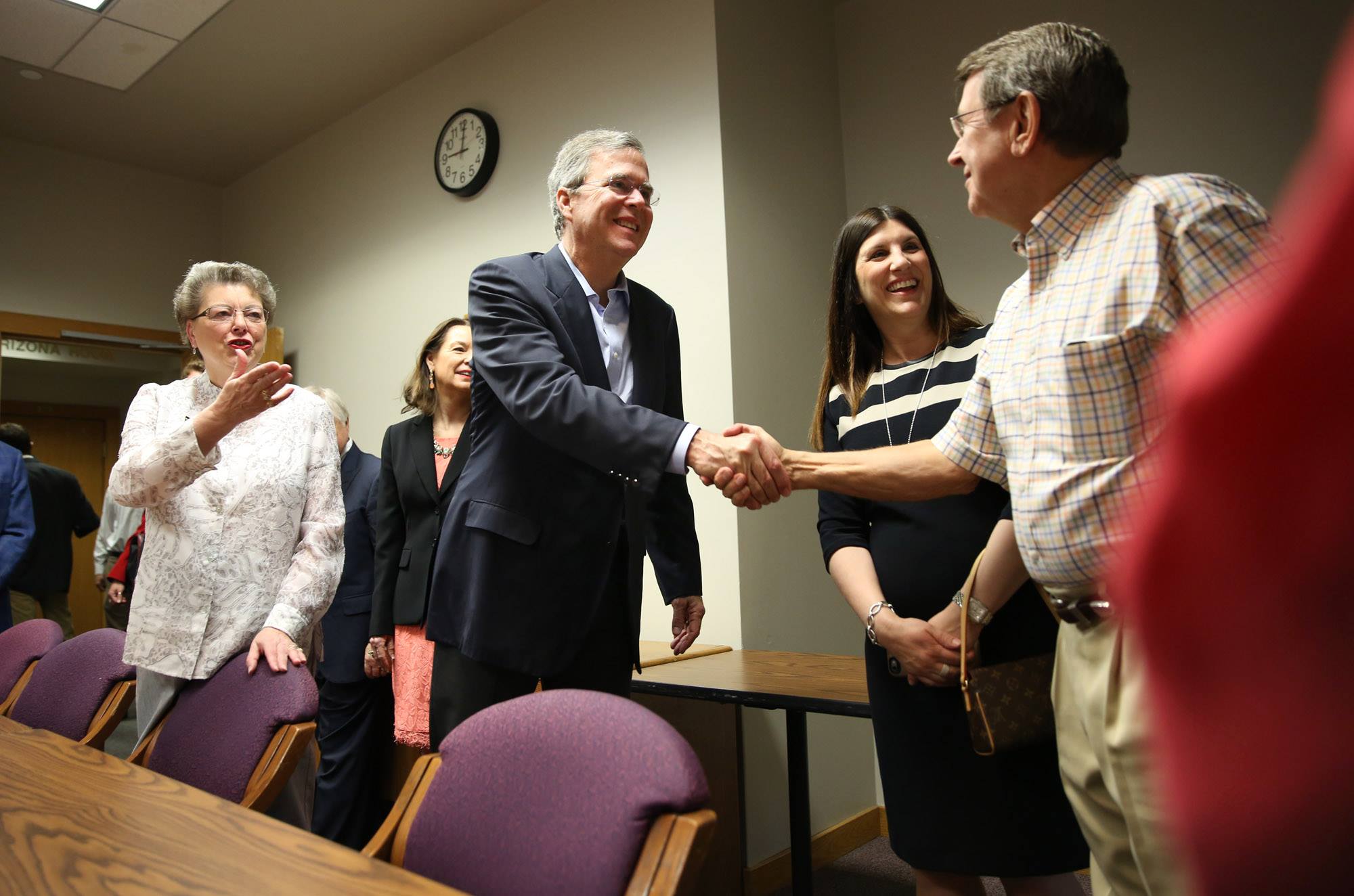 || By FITSNEWS || Former Florida governor Jeb Bush is the establishment choice for the “Republican” presidential nomination – as evidenced by the $115 million mountain of establishment money raised on behalf of his 2016 bid.

So what’s he doing giving a speech railing against the Washington establishment?

“Should I win this election, you will not find me deferring to the settled ways of ‘Mount Washington,'” Bush said during a speech in Tallahassee, Florida this week.  “The overspending, the overreaching, the arrogance, and the sheer incompetence in that city – these problems have been with us so long that they are sometimes accepted as facts of life.  But a president should never accept them, and I will not.  We need a president willing to challenge the whole culture in our nation’s capital – and I mean to do it!”

“For anyone who wants to see a federal government even bigger, and even farther removed from those it is supposed to serve, the other party will be offering that option,” Bush added.  “As for me, I’m offering a different agenda altogether. It will not be my intention to preside over the establishment, but in every way I know to disrupt that establishment and make it accountable to the people.”

Bush said the bureaucracy in Washington, D.C. has become “stuck in old ways, ruled by inertia, and unaccountable to the people.”

“Too much in the federal government runs on automatic – which usually means that things are happening with no one stopping to ask why,” he said. “We see this in the way the civil service operates.  People are hired, promoted, and given pay increases often without regard to performance … and with over two million employees on the federal payroll, these problems carry a heavy cost, and a few serious reforms will go a long way.”

That’s 100 percent accurate.  The federal government’s bloated, unaccountable, unsustainable bureaucracy is not only draining resources away from our consumer economy, it is using those resources to actively attack economic growth.

Bush ties this into his message, reiterating his previous boast to grow the economy by more than four percent a year as president.

“Real economic growth is achievable, and I have set a goal of four percent a year,” he said. “Balanced budgets, and debt that is finally under control, are also within our power to accomplish. And the driving force must be a presidential-level challenge to the culture of spending. This is essential and achievable in a single term – and don’t let anyone tell you otherwise.”

But what are Bush’s proposed reforms?  Tough talk against Washington, D.C. bureaucrats is nice, but we’ve heard it before.  Far too many times.

What’s Bush actually going to do?

In campaigning for governor of Florida seventeen years ago, Bush vowed to take on what he called “Mount Tallahassee,” the Sunshine State’s capital.

“Instead of shrinking government, the state budget ballooned from $49 billion to $71 billion, much of it as a result of a robust economy,” reporter Mary Ellen Klas of The Miami Herald noted this week. “The state’s debt also grew — from $15 billion to more than $23 billion and the annual debt service payments rose from $928 million to $1.7 billion.”

Klas also noted that the state capital’s “cottage industry of executive branch lobbyists, who made a living off negotiating and capturing state contracts, exploded and their clients rewarded the Republican Party with millions in campaign contributions.”