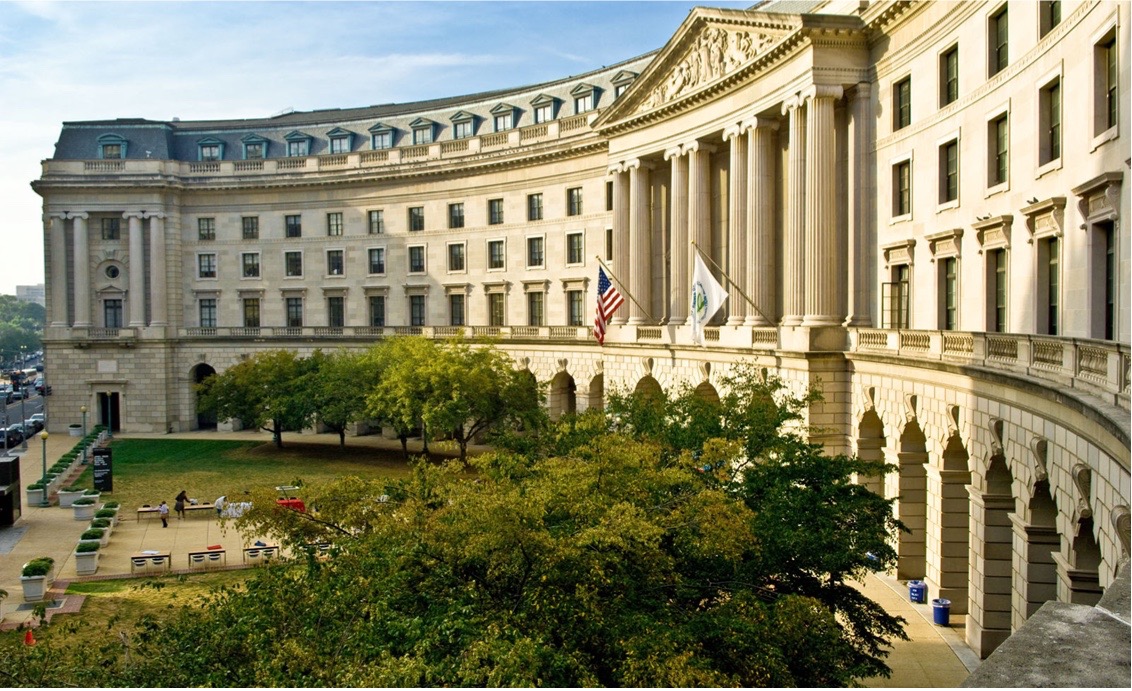 WYOMING FARMER FACES MILLIONS IN FINES … OVER A POND

|| By FITSNEWS || Watchdog.org is quickly becoming one of our favorite new websites – especially its coverage of the overreaches of U.S. president Barack Obama‘s scandal-scarred Environmental Protection Agency (EPA).

And our economy as a whole …

And the “wins” against this behemoth are few and far between.

This year the EPA is attempting to impose its “dominion over every puddle” in America via a blatantly unconstitutional interpretation of the Clean Water Act.

Of course it’s been abusing this law for years …

Take the case of Wyoming rancher Andy Johnson – who had the audacity (after following his home state’s permitting process to the letter) to build a small pond on his property back in 2012.

According a Watchdog report, “Johnson is facing millions in fines from the federal government after the EPA determined his small pond – technically a “stock pond” to provide better access to water for animals on his ranch – is somehow violating the federal Clean Water Act.”

All told, the EPA has imposed a whopping $16 million in fines on Johnson over the last three years – an amount that grows by $37,000 every day.

“Threatening me with ruinous fines even though I’ve done nothing wrong is extortionate,” Johnson said in a statement released by the non-profit foundation representing him. “This is a battle about more than my land, my livestock and my pond. The EPA is on a mission to expand its power.  They want to take over jurisdiction over private property throughout the United States.”

As our friend Bill Wilson at Americans for Limited Government (ALG) likes to say, at the heart of most federal overreach is the notion of “taking.”

Money, liberty, guns, property, speech … you name it, they are coming for it.

Sounds like he might soon need the services of a group of volunteers to protect his family and land, like those who protected the rancher from BLM Gestapo a year or two ago.

The sign outside of EPA does read Insane Asylum, not Sane Asylum

Of course if another major hurricane hits this season, FEMA will reclaim its #1 ranking

The EPA has always been one of the most screwed up agencies in the panoply of screwed up government agencies.

The “Democratic Party” together with the Piss-ant in Chief and the Cockroach Brigades are only following the pattern that allowed Hitler and the Nazis to take over and control Germany. They read the same book I did.
—————————-
When I did a tour with Naval Intelligence some years ago as a Petty Officer I was allowed to sit in on some sessions with Naval Intelligence Officers (and some guys who brushed off who they worked for). At the time none of the discussions were of any particular interest to me. But now, over the past 3-4 years, it has significance.

The sessions were unorganized, casual, sort of gab-fest type gatherings with folks coming and going as they wished at any time during the day or night. (In other words it’s just like Fitsnews is for us now). No notes or recordings were made. My security clearance allowed me to attend although I offered nothing to the discussions.

What was the focus of the discussions, you are eagerly asking? Well, it focused on how a foreign government or anyone else could invade and conquer the United States. The conclusions were that militarily (at that time) it would be impossible. The US government with the citizens behind it would protect fiercely.

How then, could it be done? The conclusion was that it would be done from within, and would be a 20 year program of corruption (of various kinds) to weaken, control, or destroy the citizens’ will to resist — whether they knew what was happening or not.

As I now see, hear, and read about what is going on in local government, state government and especially at the federal level it has been happening. The greed for power, control and money is everywhere. Those Naval Intelligence Officers were correct — and the rot is now here.

Sadly Henry, I believe you are absolutely correct.

Yes, and at the time I was a free soul with no wife or kids to be concerned about. As the years have aged me and I have children and grandkids, I wonder what the future brings to them. The so-called subcultures that are allowed to exist disturb me. I can take care of myself using my brain and wits, but I also know that any threat to my family, scattered around as they may be, would unleash from within me — well, an unnamed “something”.

Good stuff, Shifty, and the assault on our liberty and freedom continues at an accelerated pace under the current Obama regime.
To start with, many people in this country are under the assumption they can own and accumulate material goods. Sure, people own the clothes in their closets, the food in their pantry, furniture in their house, everyday personal devices, etc. But the control of major personal possessions such as land, homes, cars, boats, planes, etc. fall into a different category. You essentially are simply “renting” these possessions from some level of government through your tax payments. Try not paying property taxes on a major piece of property and see how long you are legally able to keep it. Sometimes these taxes are so onerous that certain individuals can not afford to keep their rightful property. A fair taxing system, for all levels of government, needs to be put in place. And I am not saying people should not pay taxes, just a better system is needed.

The other invasion on our freedom is through regulatory agencies that have the power to seize your possessions if you don’t comply with what some people would consider overbearing regulations, based solely on the basis of what some low level bureaucrat has ruled. The IRS, the EPA, the Justice Department, etc., are now doing things to us that could never be passed in the form of a law through Congress. This Wyoming farmer, Mr. Johnson may very well lose his land and livelihood over this outrageous EPA regulation. Look at what the IRS, under Lois Lerner did to Conservative groups when applying for tax-exempt status, look at the inaction of the Justice Department with the black Panther voting precinct violations in Philadelphia.
There is something on the verge of happening in this country and it will not be good for the likes of Obama and his ilk. The support of a person like Donald Trump should not surprise anything. There are things starting to percolate to the political surface in this country that indicate a challenge to the status qou in this country.

Excellent post. I read about Mr. Johnson’s water pond for his livestock this morning.

Reporter 2 – “And that concludes our
report from the White House.

The internet is like The Bible.You can find plenty of misinformation to back up any point you want to make,and you’re all the dumber for it

And here’s a perfect example….

The US EPA sends a large amount of money every year to DHEC to control pollution, but state agency DHEC widely does a piss-poor job of it (an appropriate adjective, given all the leaking sewage lately) and EPA then does nothing to detect or correct that poor performance. EPA’s failures are often very business friendly.

In the last week or so, I was reading where DHEC and/or EPA were considering revoking Carolina Water/Utilities Inc’s permit to operate a wastewater treatment facility believed to have contributed significantly to pollution in the Broad/Congaree river. If I understood correctly, such revocation would force CW/UI to cease operations in SC. I thought, “please let it happen”, but then I realized that it never will. CW/UI will simply pay out sufficient bribes to keep that from happening, as they have done for years with PSC and SCSC for favorable rulings on their frequent rate increases, which are probably already among the highest rates in SC.

I would love to see the organized crime group known as CW/UI run out of this state. If I were in the market for a new house, two things would be a complete deal killer if either were present; SCE&Greed providing electricity or CW/UI providing water and sewer.

With semi-government-owned regulated utilities, all you can hope for is that they keep the trains running on time. The graft and corruption is unavoidable. Privatizing is really the only way to reduce it, but there is a commons problem that has never been adequately resolved because Econ majors would rather study global warming and income inequality…

This is fucked up.

How much would you like to bet that Mr. Johnson did something to garner the ire of a local politician of the “D” persuasion? These absurdities are usually political vendettas of some kind. See: IRS + Tea Party in your search engine of choice. We are getting awfully 3rd world tier with our executive overreach.