BUT HOW WILL SHE BE RECEIVED?

|| By FITSNEWS || S.C. governor Nikki Haley will pay a visit to this evening’s gathering of “Republican” S.C. House members in Greenville, S.C., multiple sources familiar with her plans told us.

Yeah.  Talk about adding a combustible element to an already unstable situation …

So … how will lawmakers receive Haley (who made plenty of enemies during the debate over the Confederate flag)?

“I’m sure everyone will play nice,” one legislative leader told FITS.

Guess that explains this … 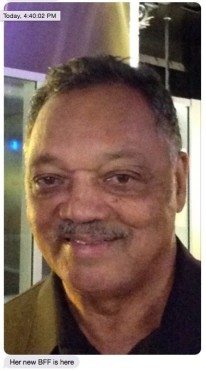 (And yes, Greenville, S.C. native Jesse Jackson is apparently at the same downtown hotel as Haley and the “Republican” House members).

Oh well … while there may be some flag-related fireworks, we know Haley and GOP lawmakers won’t be sparring over taxes … or spending.

After all everybody attending this gathering is a “Republican.”