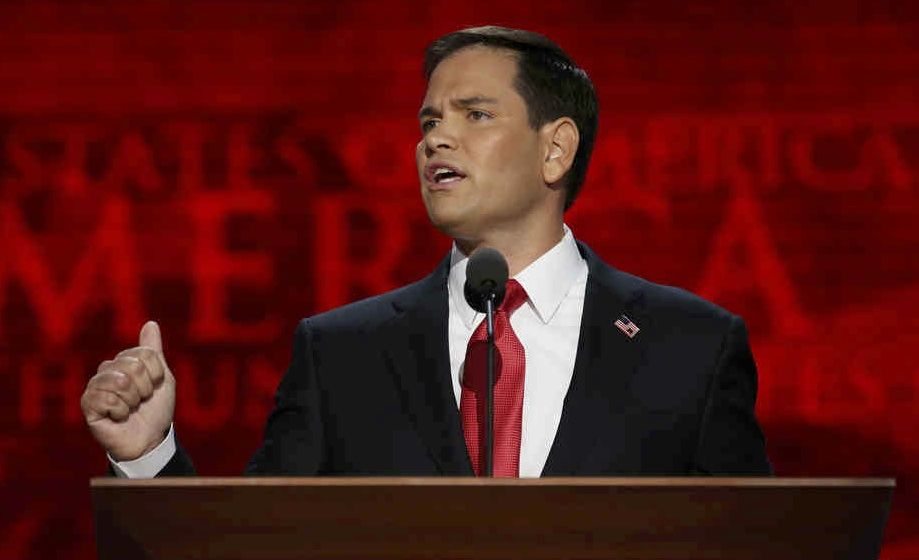 U.S. SENATOR FROM FLORIDA NO FRIEND OF YOUR FREEDOM

This website has generally written in support of U.S. Sen. Marco Rubio (R-Florida). He is typically a reliable pro-taxpayer vote, although we have not hesitated to call him out when he veers from his stated commitment to freedom and free markets.

After slamming Snowden for putting “men and women in uniform” in harm’s way, Rubio went off on him for endangering America’s allies in the so-called “War on Terror.”

You know … those other people we’re spying on.

“The second issue I wanted to focus on that really bother me sometimes is these romanticized notions about who Edward Snowden is and what he’s done to this country,” said Rubio. “You know, all the reporting’s been centered on things we’ve read in the papers about the two-hundred fifteen programs, but his revelations go far beyond that. Is it safe to say that he has not just compromised operations, but there are Americans and allies who are at risk because of the actions of this individual?”

And of course the government spies nodded eagerly.

There is no “romanticized notion” about “who Edward Snowden is” as far as we are concerned. He is a hero. It isn’t up for debate.

Rubio, though, is apparently still operating under the assumption the American military industrial complex fights for “freedom” – and that the War on Terror represents an appropriate battlefield in that fight. And that tapping our phones, emails, web histories and credit card records (and storing this information in a secret government facility) represents an acceptable weapon in this war.

None of those assumptions are correct.

America isn’t a “global force for good” as the taxpayer-subsidized recruiting commercials would have you believe – but rather a declining interventionist power spending trillions in borrowed dollars on wars with no compelling national interest, no clear objectives and no exist strategy.

And when those wars don’t pan out … our government takes its spy network and turns it against us.

“The greatest thing that we can do for the world is be America,” Rubio once said.

He’s right … although based on his comments about Snowden it is abundantly clear Rubio has absolutely no clue what it means to “be America.”

That’s because American is freedom … and if our freedoms aren’t protected in America, then it isn’t the country we think it is. Seriously … you’d think that fundamental concept wouldn’t be lost on the son of Cuban exiles, right?

Especially when it involves illegal searches and seizures?