|| By FITSNEWS || A huge political battle is brewing in the Palmetto State between the current S.C. Speaker of the House – Jay Lucas – and one of his powerful predecessors.

What’s the fight about?  Efforts to rename an iconic landmark on the grounds of a government-run institution of higher learning.

FITS reported exclusively this week on Clemson University’s attempt to rename its most historic, recognizable building – Tillman Hall.  Currently the structure pays homage to “Pitchfork” Ben Tillman – and outspoken white supremacist and lynch law advocate was indicted (but never tried) for his role in the 1876 Hamburg Massacre (which saw six freed blacks murdered by a Tillman-led mob).

Two weeks ago Clemson’s board of trustees flatly rebuked efforts to rename Tillman Hall, but apparently members have now thought better of it.  Or more to the point, they realized the school might lose football recruits if the name isn’t changed.

Clemson’s problem?  A caustic debate in the S.C. House of Representatives over the removal of the Confederate flag just took place – and House leaders are in absolutely no mood to address any additional “heritage-related” scandals.

Oh, and these same House leader were just told they didn’t have to worry about Tillman Hall. 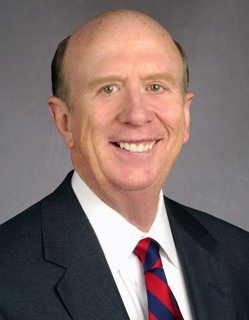 As recently as this week, former S.C. Speaker of the House (and ex-U.S. Ambassador to Canada) David Wilkins – who serves as the chairman of Clemson’s board of directors – told Lucas and other House leaders his school had no plans to address the issue.

Turns out that promise – consistent with Wilkins’ prior statements to the press – wasn’t true.

On condition of anonymity, two Clemson trustees have confirmed to FITS the proposed renaming of Tillman Hall was added to this week’s board agenda before Wilkins assured Lucas and other House leaders that the issue wouldn’t be raised again.

In fact we’re told Lucas issued his emphatic statement – in which he vowed no future name changes to various roads bridges, buildings, etc. across the state during his term as Speaker – after he learned of Wilkins’ double-cross.

Eight years ago, we called for Tillman’s statue on the S.C. State House grounds to come down in light of his racist past, but in the aftermath of last week’s removal of the Confederate flag from those same grounds – a move we supported – we’ve revisited the issue.

More to the point, we continue believe Clemson and all other institutions of higher learning in South Carolina need to be immediately set free to pursue their destinies in the private sector.

That way they can name and rename buildings to their hearts content without state interference.