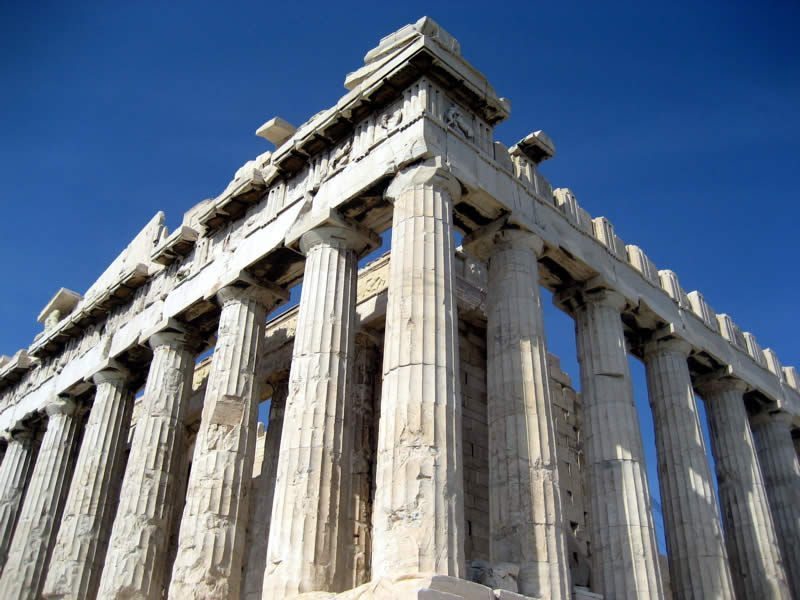 || By RON PAUL || The drama over Greece’s financial crisis continues to dominate the headlines.  As this column is being written, a deal may have been reached providing Greece with yet another bailout if the Greek government adopts new “austerity” measures.  The deal will allow all sides to brag about how they came together to save the Greek economy and the European Monetary Union.  However, this deal is merely a Band-Aid, not a permanent fix to Greece’s problems.  So another crisis is inevitable.

The Greek crisis provides a look into what awaits us unless we stop overspending on warfare and welfare and restore a sound monetary system.  While most commentators have focused on Greece’s welfare state, much of Greece’s deficit was caused by excessive military spending.  Even as its economy collapses and the government makes (minor) cuts in welfare spending, Greece’s military budget remains among the largest in the European Union.

Despite all the handwringing over how the phony sequestration cuts have weakened America’s defenses, the United States military budget remains larger than the combined budgets of the world’s next 15 highest spending militaries.  Little, if any, of the military budget is spent defending the American people from foreign threats.  Instead, the American government wastes billions of dollars on an imperial foreign policy that makes Americans less safe.  America will never get its fiscal house in order until we change our foreign policy and stop wasting trillions on unnecessary and unconstitutional wars.

Excessive military spending is not the sole cause of America’s problems.  Like Greece, America suffers from excessive welfare and entitlement spending.  Reducing military spending and corporate welfare will allow the government to transition away from the welfare state without hurting those dependent on government programs.  Supporting an orderly transition away from the welfare state should not be confused with denying the need to reduce welfare and entitlement spending.

On reason Greece has been forced to seek bailouts from its EU partners is that Greece ceded control over its currency when it joined the European Union.  In contrast, the dollar’s status as the world’s reserve currency is the main reason the US has been able to run up huge deficits without suffering a major economic crisis.  The need for the Federal Reserve to monetize ever-increasing levels of government spending will eventually create hyperinflation, which will lead to increasing threats to the dollar’s status.  China and Russia are already moving away from using the dollar in international transactions.  It is only a matter of time before more countries challenge the dollar’s reserve currency status, and, when this happens, a Greece-style catastrophe may be unavoidable.

Despite the clear dangers of staying on our recent course, Congress continues to increase spending.  The only real debate between the two parties is over whether we should spend more on welfare or warfare.  It is easy to blame the politicians for our current dilemma.  But the politicians are responding to demands from the people for greater spending.  Too many Americans believe they have a moral right to government support.  This entitlement mentally is just as common, if not more so, among the corporate welfare queens of the militarily-industrial complex, the big banks, and the crony capitalists as it is among lower-income Americans.

Congress will only reverse course when a critical mass of people reject the entitlement mentality and understand that the government is incapable of running the world, running our lives, and running the economy.  Therefore, those of us who know the truth must spread the ideas of, and grow the movement for, limited government, free markets, sound money, and peace.