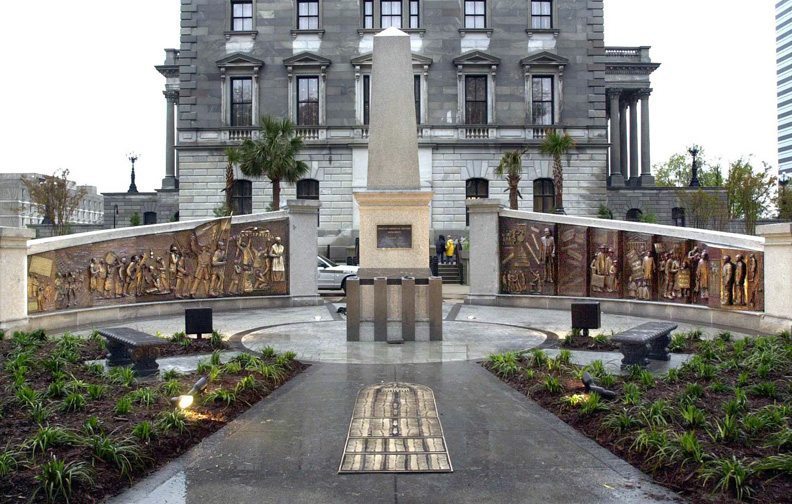 || By FITSNEWS || A petition on the website Change.org is seeking the removal of the African-American monument from the grounds of the S.C. State House.

Erected in March 2001, the monument was part of the 2000 compromise which moved the Confederate flag from the S.C. State House dome to a prominent position on the north lawn of the building.  This compromise flag was removed last week in the aftermath of the “Holy City Massacre,” the premeditated killing of nine black churchgoers inside the historic Mother Emanuel AME Church in downtown Charleston, S.C.

A 21-year-old white supremacist – Dylann Storm Roof – has confessed to the crime and is awaiting trial on nine murder charges and one weapons charge.

The petition goes on to state that “the African American Monument depicts slave ships, mistreatment and words such as ‘segregation’ and ‘Jim Crow.’  This being the case, it is undeniable that this monument can and does serve to invoke in the white community feelings of shame, humiliation and offense, serving as a constant reminder of the dark history of slavery.”

As of this writing more than 35,000 people have signed the petition …

In the aftermath of the flag coming down last week, we’ve been thinking long and hard about the movement to remove various memorials from public grounds – and to rename various counties, cities, roads, bridges, etc.

We’ll be addressing that movement extensively in a future post …