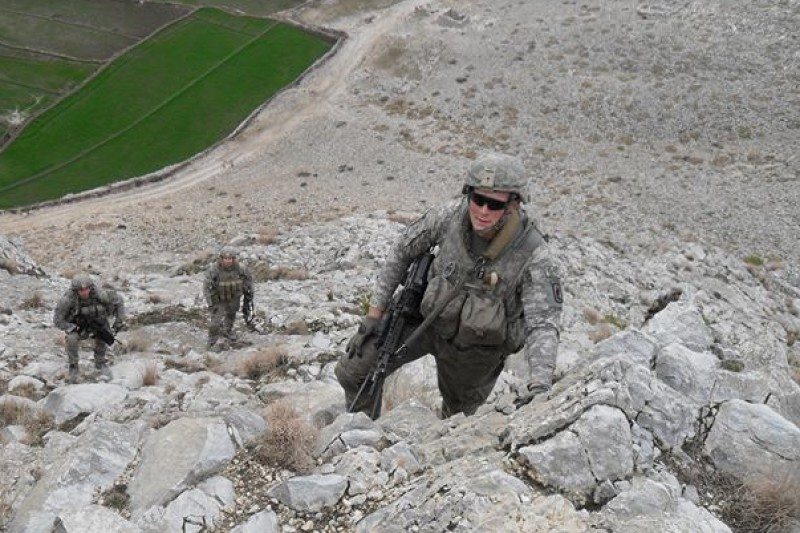 GEORGIA SOLDIER KILLS HIMSELF ON THE FOURTH OF JULY …

|| By FITSNEWS || This website has written extensively on the steep toll of American lives and tax dollars related to our government’s “War on Terror.”  Which of course was so colossally unsuccessful our politicians and military-industrial complex had to go invent another enemy for us to fight … for the next three decades.

What do we often fail to mention? The survivors … the men and women who come back from war zones with missing limbs, or with debilitating post traumatic stress disorder (PTSD).

One of these veterans – Mike Kreft – killed himself on July 4 as a result of his PTSD. According to local news reports, Kreft and his brother Jon were in a bar playing pool when the sound of fireworks began to trigger his condition.

“I was walking behind him, and every time a firework would go off, he was covering his ears and he would jump and flinch,” Jon Kreft told local affiliate WCTV. “Then he just started crying and started running down the road.”

Jon followed his brother home and was preparing to play him some soothing music in the hopes of calming him down.

That’s when it happened …

“He went to the bedroom, and right when I was about to get the play button going, I look up, and he looks at me and says I love you,” Kreft recalled.

Mike Kreft was 27 years old, “an incredible soldier, friend, and man,” who was “relentless in giving everything he had to his fellow soldiers,” according to a testimonial on the GoFundMe page set up for his funeral expenses.

Exact statistics on PTSD are difficult to come by, but it’s estimated that as many as 20 percent of “War on Terror” veterans suffer from the disorder … and Fourth of July fireworks are a common trigger.

Hopefully stories like this will make our leaders think long and hard before needlessly putting our troops in harm’s way.

Obviously there will always be a need for America to defend its borders, protect its core national interests and respond to legitimate threats – and there will be justifiable casualties, costs and consequences incurred as a result.  But there’s a big difference between performing the core government function of national defense and warmongering for the sake of corporate profits and bureaucratic expansions.