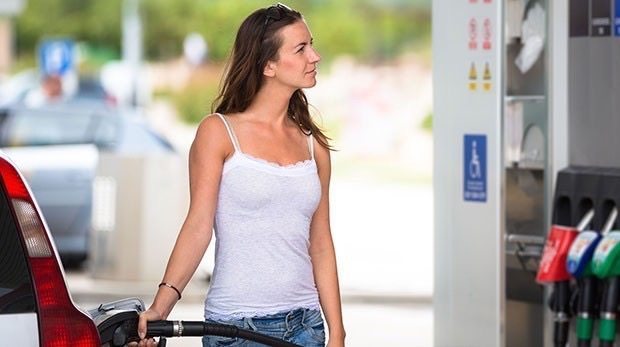 BUT THERE’S NO CORRESPONDING “CONSUMER RENAISSANCE”

|| By FITSNEWS || Gas prices are in a holding pattern after recent upticks – with the average price per gallon of regular unleaded clocking in at $2.77 this week. That’s essentially unchanged from last week (and last month) – but down roughly ninety cents from the same time last year.

And once again everybody’s spending all those savings and empowering our consumer economy, right?

Here in South Carolina the average price for a gallon of regular unleaded currently stands at $2.41 – down from $2.48 last month (and $3.34 last year). That’s the lowest average price per gallon in the nation, but as we’ve pointed out repeatedly our dirt poor citizens are paying more of their income on fuel than the residents of any other state save Mississippi and West Virginia.

That’s one reason why this website steadfastly opposed various plans to raise South Carolina’s gasoline tax (and other vehicular fees) during the recently concluded legislative session. Another reason? The fact state leaders have plenty of money to devote to our network of roads and bridges – they’ve simply chosen not to.