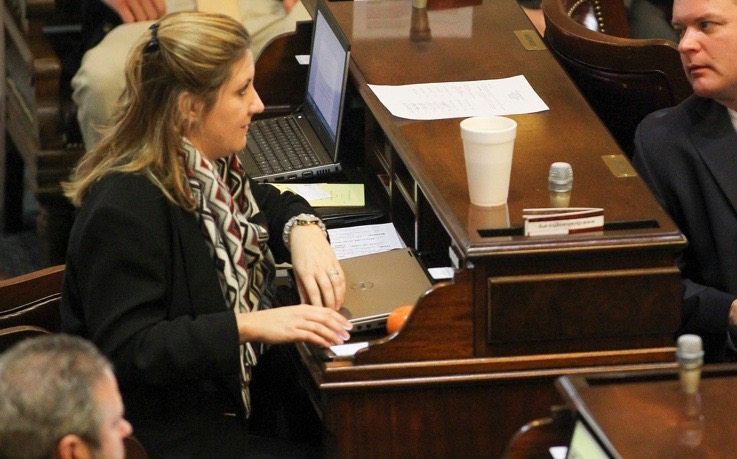 || By FITSNEWS || A political consultant in a testy county council race on the South Carolina coast has accused a state lawmaker of orchestrating a gay-baiting “scheme” with the intention of harming his candidate.

Cam Crawford is running against Hanna in a special election “Republican” runoff to fill the seat vacated by the March suicide of former councilman Bob Grabowski.  No Democrats filed for the seat.

We don’t care about this race – and judging from the seven percent turnout earlier this month, neither do locals.

What do we care about?  This.

A gay-baiting mail piece accuses Crawford of supporting same-sex marriage and backing a proposal to extend tax breaks to same-sex couples.  Crawford has taken no position on gay marriage, and has not proposed any such tax break.  Also, the group claiming responsibility for the controversial mailing – the “LGBT Association of Horry County” – doesn’t exist.

Crawford supporters blamed Specter for pulling a last-minute “dirty trick,” but he’s got a different take.

“It leads me to believe that Heather Ammons Crawford and Cam Crawford concocted a scheme to smear me and by way of doing that the Hanna campaign,” Specter told FITS.

FITS reached out to Heather Ammons Crawford but did not immediately receive a response.

Sources close to her husband’s campaign, however, called the allegations against the couple “absolutely ridiculous.”

“Polls show Cam Crawford leading this race,” one source told us.  “It makes no sense for the Crawford campaign to pull a stunt like this.  The Hanna campaign, on the other hand …”

The controversial mailing does not appear to have been widely disseminated, although the fact it was postmarked and sent to even one recipient is likely sufficient grounds to prompt some sort of ethics investigation.