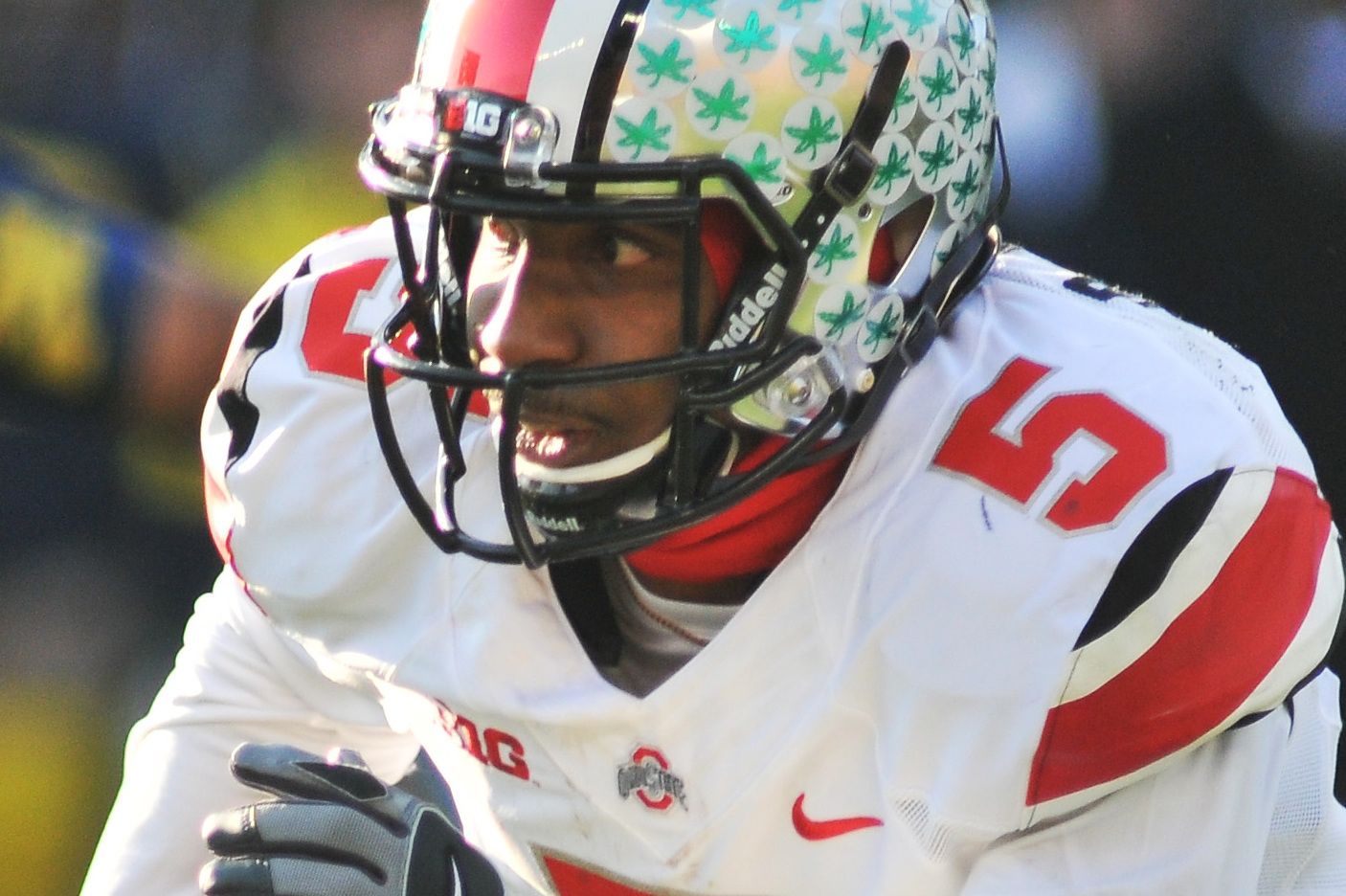 By FITSNEWS || While everyone in the Southeastern Conference remains on pins and needles awaiting the Will Muschamp verdict … don’t neglect the speculation swirling around Ohio State quarterback Braxton Miller.

The 22-year-old signal caller – who posted a 28-8 record as the Buckeyes’ starting quarterback from 2011-13 – has one year of eligibility remaining in head coach Urban Meyer‘s program after redshirting this year with a shoulder injury.  Most presumed Miller would return to Columbus as Ohio State’s starting quarterback for the 2015 season – but the emergence of redshirt freshman J.T. Barrett has thrown that scenario into doubt.

Many around the Buckeye program believe Barrett should be the starter in 2015 – with Miller switching to running back.  Their argument?  Barrett’s incredible 2014 season – and the back-to-back 1,000-yard rushing campaigns Miller put together in 2012 and 2013 (while playing quarterback).  Plus Barrett under center and Miller in the backfield seems to fit Meyer’s offense better.

Miller’s argument for remaining under center?  The 5,292 career passing yards (and 52 touchdowns) he’s thrown over the course of his career.

“I am on course to graduate in December and I want to attend graduate school, and then return to lead the Buckeyes next season,” Miller said in August after his injury.

Assuming he graduates, Miller would be in the same position Seattle Seahawks quarterback Russell Wilson was in four years ago when he left North Carolina State to play for Wisconsin – meaning he could attend any school in America as a graduate transfer student and play football without having to sit out a year.

So … is South Carolina one of teams hoping to land Miller?

Sources close to the Gamecock program tell FITS head coach Steve Spurrier‘s staff is eager to lure the 6-foot-2, 215-pound quarterback from Columbus to Columbia – but it looks as though they’ll have plenty of competition.

Top 20 programs like Auburn, Mississippi State, Ole Miss, Oregon and UCLA all either have – or are likely to have – quarterback openings in 2015 (depending on who turns pro).  If Miller is available, you’d better believe these programs will also be trying to scoop him up.

Miller injured his shoulder during the 2014 Orange Bowl against Clemson.  Eight-and-a-half months later he was diagnosed with a torn labrum – resulting in season-ending surgery.  In other words even if he does leave Ohio State – and the Gamecocks are able to convince him to transfer – there’s no guarantee he will perform at the same level he showed in winning back-to-back Big Ten offensive player of the year awards in 2012 and 2013.

After reverting to mediocrity in 2014, it’s time for Spurrier’s program to make some bold moves … and we can’t think of anything bolder than landing Muschamp and/ or Miller.

South Carolina: Most Disappointing Team Of 2014