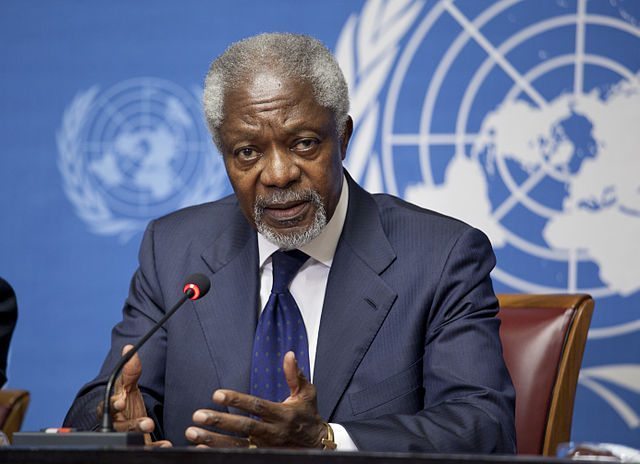 HERE’S YOUR NEXT “GLOBAL WARMING” MANDATE …

|| By FITSNEWS || Former United Nations secretary general Kofi Annan has a message for you … and your taste buds.

In an interview with The (U.K.) Guardian, the Ghanaian diplomat claimed “the world is reaching the tipping point beyond which climate change may become irreversible.”

Wait … what? Last time we checked that wasn’t even close to true.

But Annan – who led the global government from 1997-2006 – is adamant.  Not only that, he’s got an idea for addressing what he calls “increasing pressure on the traditional protein sources, beef and poultry meat.”

“There are alternative sources of protein,” Annan said. “For example, raising insects as an animal protein source. Insects have a very good conversion rate from feed to meat. They make up part of the diet of two billion people and are commonly eaten in many parts of the world. Eating insects is good for the environment and balanced diets.”

We hate to break it to Annan, but last time we checked America’s failed efforts to dictate certain fuel standards on U.S. consumers were far more responsible for beef shortages than “global warming.”  Not only that … these mandates were also responsible for widespread environmental damage.

Don’t tell that to the climate change Nazis, though … as you can’t argue with people who see nothing but validation in every meteorological measurement.

A Night On The USS Yorktown