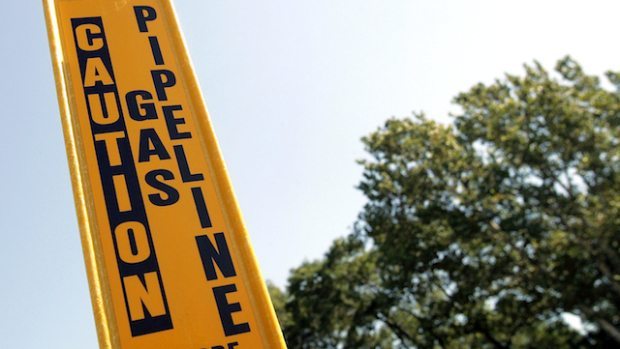 || By FITSNEWS || A Texas-based company looking to build a 360-mile underground gasoline and diesel fuel pipeline from Jacksonville, Florida to Belton, S.C. has a big problem on its hands: Georgia.

We chronicled the Peach State’s environmental opposition to this pipeline in a previous post, but it turns out there are some heavy hitters backing that movement.  One of them?  Clay Boardman – the Augusta-based venture capitalist and, um, “rebound” of former S.C. first lady Jenny Sanford.  Boardman’s family is supporting one of the environmental groups opposing the pipeline – which would run through Georgia’s coastal regions and then alongside the Savannah River before crossing over into South Carolina.

But the undisputed leader of the opposition to the pipeline is a media mogul – William S. “Billy” Morris III.  A member of Augusta National, Morris is chairman and CEO of the media company which owns The Augusta Chronicle, The Savannah Morning News and the Jacksonville, Florida-based Florida Times-Union.

Not surprisingly, all three of these papers have been waging non-stop war against the pipeline project … which as currently contemplated would run through some of the 74,000 acres of land Morris owns in Burke and Screven counties (on the border of Georgia and South Carolina).

“Pipelines are disruptive of the land and the waterways; they are dangerous and should not be built unless there is an overriding necessity which demands this need,” Morris said, according to one of the papers he owns.  “This is not the case in this proposed pipeline. In this case there is no overriding need for a pipeline. All of the cities along this proposed pipeline are adequately being supplied with petroleum products by alternate means including some existing pipelines.”

Look: This website makes no bones about its view on issues.  And we occasionally quote our founding editor Will Folks in articulating those views.

But there’s a big difference: This outlet is not claiming – and has never claimed – journalistic objectivity.  Hell, our motto is “Unfair, Imbalanced.”

Morris’ papers?  They do claim that mantle.

Morris is hugely influential.  Georgia governor Nathan Deal routinely stops by Augusta to “kiss the ring,” one source told us, and his political connections in the Peach State run exceedingly deep.  In fact we’re told he recently had local law enforcement issue warrants for the arrest of surveyors who were trying to do preliminary survey work for trespassing.

Wow … that’s pretty heady stuff for a project that Texas-based energy infrastructure provider Kinder Morgan reportedly viewed as a “done deal” prior to announcing its plans.

“Kinder Morgan greased the right palms and this was a done deal way before it was ever made public,” a source familiar with the project tells FITS.

However they quickly added “if anybody has the power to kill this thing, Billy Morris and his buddies at the Augusta National can probably do it.”

Our view on the pipeline – which would run for approximately 100 miles in South Carolina through Aiken, Edgefield, McCormack, Abbeville and Anderson counties – is pretty simple.  As long as eminent domain isn’t being abused and taxpayer subsidies aren’t being doled out, what’s the problem?