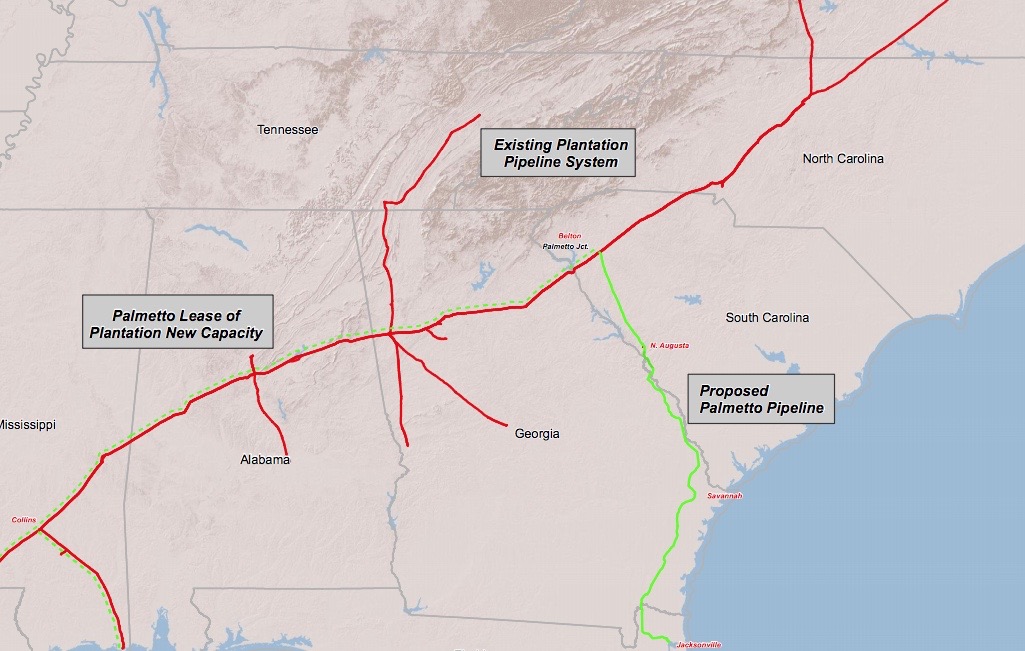 And yes … that sound you hear is the collective inhale of indignation from the state’s environmental community (and their apologists in the liberal media).

Anyway, the proposed pipeline would run for approximately 100 miles in South Carolina through Aiken, Edgefield, McCormack, Abbeville and Anderson counties.  It would terminate in Belton at a 900,000 barrel “tank farm.”  The company also envisions Belton as the terminus for an expanded pipeline route from Baton Rouge, Louisiana.

“The system will have a design capacity of up to 167,000 barrels per day,” the company stated.

State and local officials have already been consulted about the project, which would create an estimated thirty new jobs in South Carolina when it comes online in the summer of 2017.  Property owners have also been consulted.

“Kinder Morgan is in discussions with landowners, and the vast majority of the time we are able to reach mutually beneficial agreements with impacted landowners and communities without any need for eminent domain,” a company spokeswoman told The Greenville News.

Assuming Kinder Morgan is paying for the project itself – and the permissions it needs from local landowners – we see no problem with this project.

Will the state’s rabid enviros feel the same?