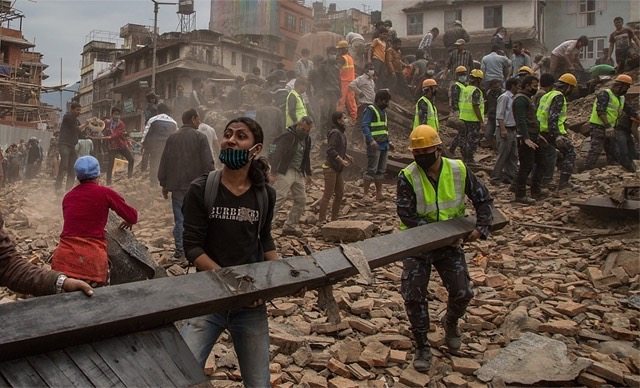 || By FITSNEWS || More than 3,700 people were killed (and another 7,000 injured) by the 7.8 magnitude earthquake that rocked Nepal over the weekend – a number that’s expected to continue climbing over the coming days and weeks as rescuers attempt to reach remote locations in the rugged, mountainous country.

Meanwhile on Mount Everest, at least eighteen climbers have been confirmed dead as a result of avalanches accompanying the massive quake and its many aftershocks – with dozens more still missing.

Beyond the human toll, the earthquake severely damaged or destroyed many of the country’s historic landmarks, including the Trailokya Mohan Narayan Temple in Kathmandu, the Vatsala Shikhara Temple in Bhaktapur, the Dharahara Tower in Katmandu and the Maju Deval, also in Kathmandu.

The editor of the Nepali Times said the destruction was “culturally speaking an incalculable loss.”

The quake – the strongest to hit Nepal in more than eighty years – hit at around noon local time on Saturday.  It followed by an aftershock measuring 6.6 on the Richter scale as well as more than a dozen smaller aftershocks measuring at least 4.5, according to the U.S. Geological Survey.

On Everest and surrounding mountains, those quakes caused massive avalanches like the one captured in this video …

Again, our thoughts and prayers go out to all of those impacted by this tragedy.