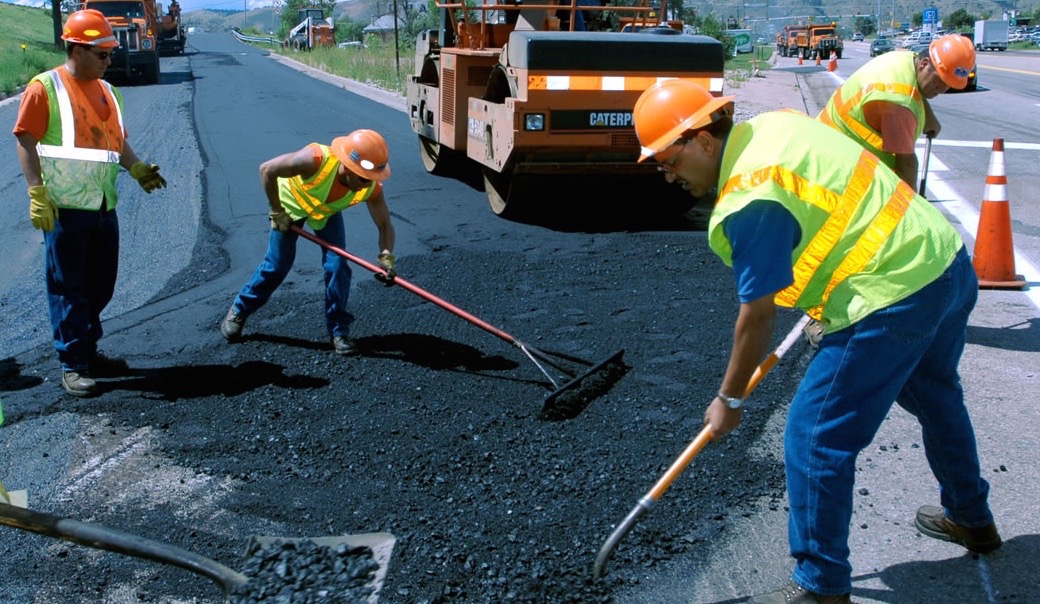 || By FITSNEWS || Earlier this month we wrote about Lynches River Contracting – a North Carolina-based road construction firm which was formed from the ashes of a Monroe, N.C.-based company called Boggs Paving.

Why should you care?  Well, Boggs paving was involved in a huge fraud and money laundering case two years ago – one which resulted in the company’s assets being frozen and its right to bid on road projects in North Carolina and South Carolina revoked.  In fact the firm’s former CEO is facing 25 years in prison for his role in the scandal.

But that’s not stopping the company from reinventing itself …

Not only that, the station reported that the new company – formed last fall – would be using “asphalt plants, dump trucks and other resources from two other companies associated with the Boggs name, including Boggs Materials and Boggs Transport.”

Oh, and the company was incorporated by the brother of the CEO who got indicted.

Wrong.  At a meeting of the notoriously corrupt S.C. Department of Transportation (SCDOT) committee held in Charleston, S.C. last week, Lynches River Contracting was awarded more than $13 million worth of business from taxpayers.

Apparently SCDOT’s legal counsel determined Lynches River Contracting was not an “affiliate” of any individual “who has been disqualified, suspended or prevented from bidding” in the past.

Never mind that ninety percent of the new company is owned by a trust set up for Boggs family members – and that the other ten percent is owned by former Boggs’ executives.  Technically, the parties subject to the state’s ban have no direct management interest or control over the “new” company.

SCDOT commissioners made some noise regarding the shady past of Boggs Paving, but they approved the contracts regardless …

Say it with us everybody: Business. As. Usual.

As we’ve noted on numerous previous occasions, SCDOT is a disaster – chronically short on cash despite the hundreds of millions of dollars taxpayers throw at it each year.  Yet rather than reform its busted bureaucracy (or stop approving totally unnecessary projects), its leaders expect you to keep coughing up more money out of your pocket.

SCDOT was supposed to have been “reformed” back in 2007, but as we’ve been documenting for the past four years those reforms didn’t take.  This scam is the latest in a long line of unfortunate examples demonstrating the need for real reform at the agency.

When there’s an indictment, call me. Otherwise this is just a regurgitation of a stale newscast from media that has a reputation even lower than shady road paving companies…

We’ll need your phone number. Oh, and your name. Don’t want to be dealing with people who won’t identify themselves, doncha know.

Thanking you in advance for your timely compliance with this sincere request.

Just think…if you were Stalin or Obama….you would not have ask for permission to intimidate.

Thats why they are your heroes….you want their power to try to silence those who expose you for who, and what, you are…like I do…

He sure tries to pretend to be somebody else…until exposed in his own words..:)

GREAT Find…(and the level of hatred for SC by the liberals is Amazing)…FITS promotes that same hatred for us. ANYONE who does not know Charleston SC, but knows Charleston WV…is an @$$-Backward, Dumb@$$, rube…

Also: One reason I consistently frustrate these leftwing dolts…is that I say who I am, and what I stand for. I don’t lie.

Why do they LIE about who and what they are..???

Do they think no one notices. When you are a PROVEN liar, as Boz is (and you’ve shown) he is DISCOUNTED as insignificant. The same is true for Rocky, who lied about what line of work he is in…while bragging about all the money he makes in the Obama economy…

I guess they think if they say it, that makes it true…Obama gets away with because of a Billion -Dollar Industrial Media Complex…but they will not….they are white, stupid and powerless in 2015 America…

Dude, I never lied about my employment, nor my compensation – which in fact I’ve not disclosed. You however lie daily, so all I can say is – “you’ze funny.” I contantly refute your little tirades with actual facts, and you get all flusted and call me names and claim I like gay sex. Real grown up – are you? What are you – like 10?

When I simply take what you give me, and apply it to you..is what P!$$#$ you off most. That is VERY typical of liberals..

You march in the streets for all kinds of debauchery…but deny who, and what you are…when we simply acknowledge what you say about yourself…

PS: You did lie about your occupation…about a year or so ago you claimed to work at Savannah River Site. Then you claimed to be in some sort of sales.

Off The Rails Again Grand Tango.

Wow, GT. That’s the first post I’ve seen from you in a while that is not full of LOLs and s$%#s and libtards. Seriously. I’m surprised. You can write.

Tell him you will if he tells you how he lives in Murrells Inlet and apparently votes in MB city elections? LMAO

Obviously a staged picture, there are to many people working and they’re all white….

By white, you must mean George Zimmerman “white”.

You mean bad actors can just change their name and continue to screw over others like the psychopaths they are?

Yes and it happens all the time.

Boggs has been paving parts of I20 and 77 over the past year or so. I also see them a lot around Florence/Marion area working. They have a big quarry (Buckhorn Materials LLC) on Hwy 601 in Jefferson.

Merged recently, less than a year ago, with Construction Materials Group whose registered agent is/was Carl Boggs and listed as foreign entity according to Sec. of State.

The new paving company hires illegal aliens to do the labor work at low wages, issues them an IRS 1099 because they list the illegals as “contractors” and have a go around to cover the illegals workman’s comp insurance. Its all an elaborate set up that is used by many contractors In the building and road industry.

Why are you so surprised the state is using a shady contractor again? I know the founding editor remembers the old single vendor state carpet contract that took millions of dollars away from the taxpayers from when he worked as a spokesman for Sanford. No I am not saying he had anything to do with it either (before Tango goes all apesh*t on him again). In fact the contract was put together over 25 years before that so there was no way, it just finally came up at that time, and then when it finally did get audited, the results proved what many other people claimed for years. That to no ones surprise there was a lot of “missing” carpet and overcharges on the bills to the state. When asked why the state would even do something so stupid, someone in the State Budget and Control Board actually said that “It had to be a good thing because they were the only state in the country to do it that way”. The reality is the other 49 weren’t as dumb. Well the state still uses those shady guys to this day, just not under the contract, but for some other strange reasons that one can only speculate about.

I thought they were all gypsies, tramps & thieves.

Will they be buying the sand from Jean?

According to NC Sec. of State, the family owns lots of companies. Assuming it makes it easier to get all that money clean.

Did they not let you drive their corvette when you were on the gubment payroll FITS?

It’s nice to have consistency at SCDOT. GRAFT FIRST, WORK LAST or NEVER. You know the SCDOT is supposed to vet any company wanting to do business with South Carolina in any type of Infrastructure. Of course it’s Governor Haley’s job to address these problems. Just Kidding, she isn’t capable of vetting anyone.

welcome to the world of construction. See it all the time as an engineer. Here in Aiken alone we have: TB Bulldozing bankrupt, now has come back as J&H all in the son and daughters name. Mabus Brothers of Augusta bankrupt, is now Quality Asphalt with yep you guess it the son runninng that one. Happens all the time in this industry Fits. Most of these guys put the company in the wifes name and also make seperate companies for asphalt, concrete,and grading . That way if one goes they cant take the other.

Are these the twits that have paved I-20 in Kershaw and Lee counties going on the FOURTH TIME in the last year?

Yes this is them. They sure are taking a long time to pave I-20. Seems like they have to redo a lot of their crappy work.

The comments I see here perfectly illustrate why things don’t change. Readers (myself included) make smart-alec remarks but none of us (to my knowledge) write about how we’re going to boycott crooked companies, harass politicos until they get off their fat butts, march in protest parades. But changes to sports schedules get plenty of comment. You see why pols laugh behind our backs?

I worked for the company for years .. YES !! It is the same people and Company !!!