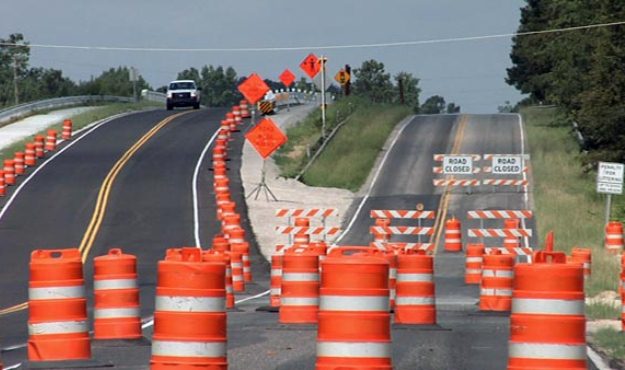 || By RON TAMACCIO ||  Good leaders solve problems.  Good legislators often do the same.  Both succeed by focusing on the challenge at hand and developing a solution that maximizes “outcome” (results), minimizes “input” (resources), and demands hands-on management, vigorous oversight, and strict accountability.  Unfortunately, not all politicians are good leaders or good legislators, some are just “good” politicians.

The current machinations in Columbia about how to improve the condition of South Carolina’s roads are a good example of how politicians continually strive to preserve their control over budget priorities.  Not “management,” not “oversight,” not “accountability,” just “control.”  They want to decide how much money the state collects, where that money goes, and how it gets there!

For example, many in the legislature are moving at break-neck speed trying to pass an increase in the gas tax without first reforming the process by which the S.C. Department of Transportation (SCDOT) distributes those dollars to all 46 counties in the state.  They’ve introduced more than 15 bills so far. Furthermore, they are ignoring State Treasurer Curtis Loftis‘ common-sense call for a comprehensive audit of the revenues collected, borrowed and spent for roadway maintenance and repair, before we add more money to what seems to be a seriously flawed system.  He believes neither SCDOT, nor anyone else in state government, knows how much money state and local bureaucrats actually spend on maintaining and repairing our roads.  This is “business as usual” in Colombia – overlook problems, raise taxes, and ignore accountability!

The lines of authority within the SCDOT are extraordinarily complicated.  The result is little transparency and poor accountability!  Moreover, there is no objectivity and no merit-based algorithm for approving road projects throughout the state.  Neither is there a mechanism for providing road repair funding to local municipalities based on the actual condition of their roads.  Instead, SCDOT uses its “C Program” to distribute about 17 percent of the gas tax revenue (2.66 cents per gallon out of 16.0 cents per gallon) to each of the state’s counties.

The “C” Program uses a rigid, 3-element formula that isn’t based on “need” or any other pre-determined roadway maintenance requirements.  Much of the time, the “bureaucracy” diverts the remaining 83 percent of the gas tax revenue to construction projects for new roadways, expanding and subsidizing mass-transit projects, building and marking bicycle lanes, expanding walking and hiking trails, or even funding non-transportation projects.  It’s no wonder our roads are deteriorating more with each passing day!

Treasurer Loftis and Governor Nikki Haley are correct – the labyrinth-like structure within SCDOT must be simplified and clarified before we consider raising taxes to pay for roadway repairs!  To do otherwise is folly!

This is not the time for hyperbole or pettifoggery.  It’s the time for our legislators to rebuild the people’s trust in government.

Ron Tamaccio is a retired professional airline pilot and senior military officer. After leaving those professions, he worked with the USDOT as a Regional Administrative Officer in Atlanta. He now lives in Greenville with his wife, Patricia.