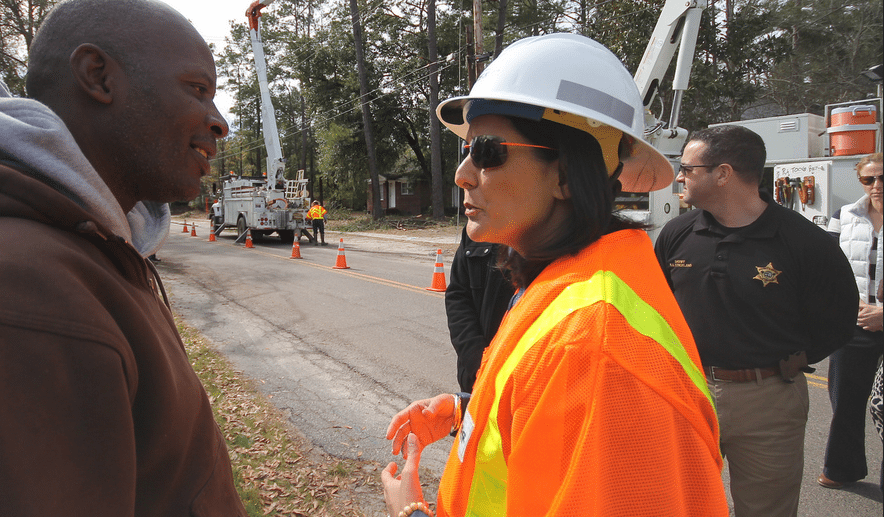 S.C. Gov. Nikki Haley has a secret plan to fix South Carolina’s roads and bridges … she just won’t tell anybody what it is.

Well, we now know how much it’s going to cost …

Haley’s scandal-scarred Department of Transportation (SCDOT) released a “multinodal transportation plan” this week outlining what it claims are its funding needs for the next twenty-five years.

Ready for the tab?  Grab your socks and hose and pull, people … because it’s a big number.  How big?  More than $70 billion, actually.  Oh, and because “only” $27.63 billion in projected revenue is coming in over the next quarter century – Haley’s transportation bureaucrats are projecting a budget shortfall of $42.8 million.

“The numbers aren’t possible for the taxpayers of South Carolina,” one lawmaker told FITS.

Yeah … no wonder Haley’s last “Transportation Czar” was getting all liquored up.

Last year Haley signed legislation borrowing $700 million (including at least $500 million for road and bridge work) to address the state’s “crumbling infrastructure.”  This was after her SCDOT – now run by a Washington lobbyist – was forced to stop all paving and maintenance work due to a cash crunch.

Previously, Haley’s chronically cash-strapped agency has had to rely on bailouts … from Barack Obama.

Why does South Carolina have an infrastructure problem?  Because Haley and her appointees to various state boards and commissions have continued to support unnecessary transportation projects (like Interstate 73 and Interstate 526) – which shift resources away from overdue repairs and move that money toward projects like this.

Oh, and the Palmetto State – the nation’s tenth-smallest in terms of geography – inexplicably operates the fourth-largest network of roads in America.

But hey … “Republicans” don’t care about that.  Not when they can raise the gas tax on citizens who already pay the second-highest percentage of their income on fuel costs (next to Mississippi).

About That SC Pension Fund Position …